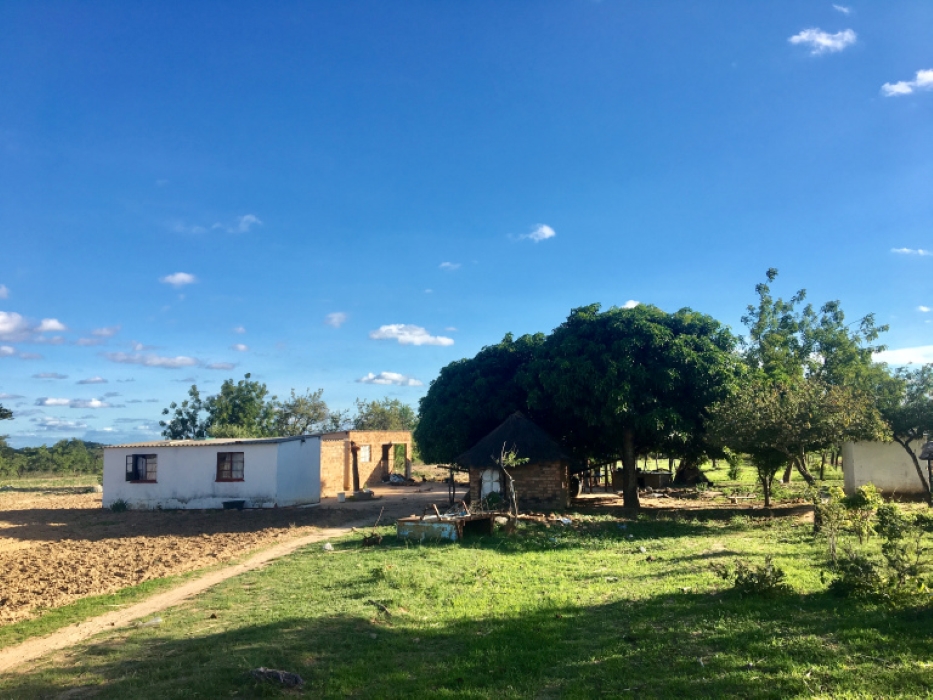 What happened in the villagised A1 schemes?

This blog focuses on Masvingo’s villagised land reform areas (where people have an individual arable plot, live in villages and share communal grazing). Our sites (N=99) are nearby the self-contained schemes in Gutu and Masvingo districts discussed in the last blog in this series, and they share many similarities, with a focus on maize production, combined with horticulture. There are fewer who are accumulating significantly, but there are still many who are doing well.

Households in these sites are slightly younger, with the average age of the household head being 43, and there are fewer women who are the main household head (19%), although 41% of households have a de facto female head due to absent husbands. Today, 47% of household heads have off-farm jobs (some quite informal and part-time), such as trading or being builder), down from 67% earlier. 59% of household heads went to school beyond Form II, while 26% have Master Farmer certificates. Many households (58%) have children in the age range 21-30, and 35% of households have adult children who are out of the country earning money, while 27% have children who have established farms, including through a number of subdivisions (only 2% of households had family members who had gone to other resettlements). While overall, these areas have been successful, there were around 10% of the original sample who had left, mostly returning to communal areas, and the farm had been abandoned, or taken over by another settler.

Average maize production across the 99 households in our survey ranged between 1381 kg and 986 kg in the years between 2017 and 2019, with between 26% and 41% producing more than a tonne. Around 85% regularly applied inorganic fertiliser, and nearly everyone used manure. Maize was combined with some other crops, including groundnuts, some millet, and a few starting up cotton production again after a hiatus due to poor prices. However, as in the nearby self-contained areas, the main income-earning in addition to maize was horticulture, with a third of households earning income from selling vegetables. The average figures hide the variations, however, and there is a significant minority (around a quarter) who are struggling to make ends meet.

Some households, through strategic investments, particularly in water management are increasing production significantly. Mr and Mrs MN for example had expanded their home garden plot and had invested in two 5000 litre tanks, and fenced their plot, surrounding their garden and new houses. It looked like a self-contained plot in a village, and intensive horticulture production was being pursued. This combined with maize production in the field around a kilometre away. For some years they had been combining life in nearby Masvingo town with farming in Wondedzo Wares, but had recently decided to commit full-time to farming. Mrs MN explained:

When we first got this plot, we were still living in Masvingo. I had a dress-making business and my husband was in the private transport business, having given up his job as a butcher at TM supermarket in 2008 when the economy was in dire straits. I used to travel as far as Durban selling wedding clothes, bedspreads and cushion covers that I had made. We came once a week, and we had someone here looking after the plot and the cattle, which had grown to a herd of six last year. The guy who we had employed left for South Africa last year, and we decided to move here. We had been investing in the place for some years: boreholes, pumps, fencing and so on. The irrigation system has been in place since 2013-14, but not really working. Now we are going into full production, and I can continue to do wedding dress hire from here, and my husband has his car and can do local transport. We have also got a poultry project, which is building up. We will grow maize, but rainfed production is very risky these days because of the climate, so we are concentrating on irrigation in our home field.

On average households in the villagised A1 areas in Gutu and Masvingo districts owned six head of cattle, and 31% had sold one in the past year, and 23% had sold milk. Informants commented that there was a limit to how many animals could be held because of lack of grazing and most held under ten. Most households balanced cattle sales (for investment, school fees or emergency costs, such as medical fees) with building the herd, and 34% had purchased cattle in the last five years. This meant that 69% used their own cattle for ploughing. However 23% had no cattle at all, and were struggling on all fronts.

On average, because of this more stark differentiation compared to the self-contained areas, the level of farm employment was lower, with 16% employing men permanently and 3% women, and there was more of a focus on temporary employment, with around a third of households regularly employing both men and women for particular tasks. Given that a sizeable group did not have sufficient draft power and did not employ labour, the practice of collective work parties was more evident in these areas, with around 40% of households holding them.

Farm production is combined with a range of off-farm sources, including remittances (48% of households), trading (20%), piece work on others’ farms (27%), welfare payments (35% – for the old, sick, disabled or orphans) and pensions (19%). Quite a few were also making use of natural resources for selling products or making crafts. This was a rather different mix of activities to that seen in the self-contained areas. With a group of perhaps a quarter of households with limited assets and low production, they had to make ends meet across a range of low-skilled and poorly-remunerated activities, including selling labour locally (mostly to other richer A1 farmers). Remittances, pensions and welfare payments featured strongly as complements to agriculture.

As Mrs V explained from Lonely farm, fortunes can change quite dramatically:

We came here originally in 2000 with four cattle. By 2017, we had over 30, but then a terrible disease struck our animals and we lost many. We only have 17 now. Now we don’t have the surplus of milk and meat we had before. That year too, my husband passed away, and we are not doing so well, even though my sons help. We now produce only about a tonne of maize, but before we used to produce four or five tonnes each year, and sell to the Grain Marketing Board. We have access to a vlei (wetland) and it produces good crops, including vegetables, and we have a pump and sell the produce. There’s a huge market when the AFM (Apostolic Faith Mission) gathers. If you are well organised, you can make a killing! In those days we bought scotch carts, ploughs and built our homes. We employ labour from the nearby communal areas, and pay them in cash or kind. Even though we were old, we were doing well! Kids went to boarding school, then colleges and universities. Our quality of life had improved massively.

Even if not on the scale of those in the self-contained resettlements, around half of the sample were regularly producing surpluses and investing, ‘accumulating from below’. Many were selling food to nearby communal areas, or exchanging for labour. In the past five years, 36% of households had bought ploughs, 26% had dug boreholes (especially for vegetable gardens), 17% had bought cars and 50% had invested in solar panels. In other words, a highly differentiated population is observed – some doing well, others less so. For the next generation, subdivision of land is important, as is education in order to find jobs, often abroad.

Several informants commented on how things are developing within the area:

We don’t have to go to Chatsworth now. There are shops here, and a grinding mill. There’s a clinic at Bath farm, and since we are near the communal area, there are other shops and there’s a mini-township there that’s sprung up to service the resettlement area. Things are coming up because of land reform.

People are building beautiful houses here. Even better than town. People have electricity from solar, and some have even connected to ZESA; all paid for by irrigation and selling vegetables. When we came here we had to buy drinking water, but now nearly everyone has a borehole. In our local township there were originally no shops, but now there are nine grocery stores, two bottle stores/bars, two butcheries, two welding shops and two grinding mills.

However, several also commented on declines in environmental conditions. The large vlei at Lonely is drier than it once was, and everyone complained of poor and variable rainfall. Soils are not as good as they once were, and investing in improvements – digging infiltration pits, establishing boreholes and careful ploughing to conserve soil – are all important.

By comparison with the more remote self-contained areas where access is difficult, the state is more present in the A1 villagised areas. There is now a clinic, a school and there is a visible presence of extension workers, vets and others. “Yes, the government has helped us”, one informant explained. What they were wanting though is greater clarity from the government on who is in charge. One informant exclaimed:

We are confused, everything is not functioning. The chiefs are fighting over the land, and the MP is not helping. Some people support Chikwanda, others support Musara. Plots are allocated by different chiefs, and we have competing authorities. We marched to Masvingo a few years ago, and demanded that the district administrator sort things out. This was disturbing development, as conflicts occur. Conflicts are a problem: we have to go to meetings nearly every day!

Overall though over 20 years, conditions have improved, and life is easier than it was when the land was invaded, with facilities and connections improved. With the villagised set-up on the surface these areas look more like the communal areas – but with larger land areas, production is higher and the possibilities for accumulation and investment are there. Unlike in the communal areas where good houses are the result of jobs and remittances, in the resettlements, investments come from farming, making agricultural marketing crucial. When asked about the next 20 years, most people said that if it rains, things will be fine, but if not then irrigation, zero grazing and fodder feeding of animals will be essential. This they said will make it easier to share small areas of land with the next generation, which is a continual concern a generation on from land reform.

Led by Felix Murimbarimba, the Masvingo team is: Moses Mutoko, Thandiwe Shoko, Tanaka Murimbarimba, Liberty Tavagwisa, Tongai Murimbarimba, Vimbai Museva, Jacob Mahenehene, Tafadzwa Mavedzenge (data entry) and Shingirai, the driver. Thanks to the research team, ministry of agriculture officials and the many farmers who have supported the work over the years.