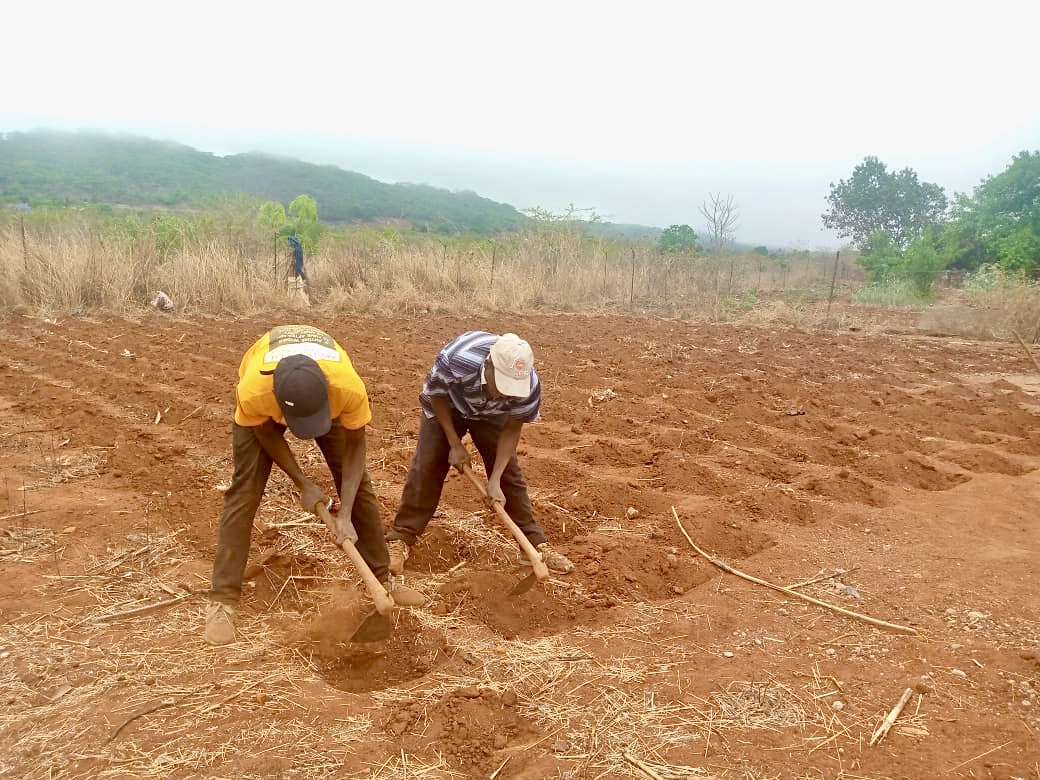 As farmers turn to the next season with the beginning of the rains, the country is in a good position having reaped a bumper harvest in 2020/21. An estimated 2.7 million tonnes of maize were produced, triple the amount in the previous season. Given COVID-19 and the endless lockdowns and restrictions, this is remarkable and witness to the possibilities of significant production if the rains are good.

For too long the narrative has been that after land reform in 2000 and the decline of large-scale commercial farming, Zimbabwe has shifted from a breadbasket to basket case, despite plenty of evidence to the contrary documented repeatedly on this blog and elsewhere.

However, the harvest this last season has been spectacular. Does this mean that the biased commentators can finally abandon this tired narrative? What are the factors that have contributed to this success?

Good rains make a big difference, but how reliable?

Well, obviously good rainfall makes a massive difference. In the last season, this was substantial and well spread. Without significant irrigation support, most farmers must produce on dryland fields, so good rains are essential.

However with climate change this is far from guaranteed, and the recent period has shown much variability. Often unexpected extreme events such as mid-season droughts, floods, even hailstorms, destroy the crops, even if on average the season is OK. Climate change predictions suggest that this is likely to be the pattern into the future, meaning mechanisms of climate adaptation are essential.

Planting in pits: the Pfumvudza/Intwasa programme

One response to uncertain rainfall has been the Pfumvudza/Intwasa programme – a system of zero tillage cultivation involving the construction of small pits allowing water and fertility to concentrate. The government reports that yields on such plots increased from on average 1.2 tonnes per hectare in extensive dryland fields to 5.3 t/ha on Pfumvudza plots.

This is impressive, and certainly our early assessments suggested boosts, although perhaps not quite as much. In some areas waterlogging and intensive weed growth hampered crop productivity and for some a lack of labour meant that digging pits in the required format was impossible.

Overall, there is little doubt that where such intensification occurred many people across the country, especially smallholder farmers in the communal areas, gained significant yields, even though these were on very small areas per household.

Indeed, scaling up Pfumvudza techniques is very difficult without mechanisation, as it is so labour intensive. As a focused gardening technique to guarantee outputs it works well (and the adaptations that people have adopted this year, such as combining with winter ploughing, changing the pit design to avoid water pooling, often even better). But Pfumvudza will not solve Zimbabwe’s agricultural production challenge given the still relatively limited areas involved, even when these are multiplied by millions of plots.

It is difficult to tell, but it’s very unlikely that Pfumvudza such plots contributed massively to the big total harvest given the areas involved. Pfumvudza has been important at the margins, especially for poorer, smallholder farmers, and of course as a result has become central to early electioneering by local politicians. Instead, this year maize outputs from larger farms across bigger areas were key contributors to the total.

Here the government’s other favoured programme – Command Agriculture – probably came into play. The programme has been plagued by corruption scandals, poor delivery and costs a small fortune due to poor repayment patterns. Through the ministry of agriculture and with military support, programme offers loans to mostly to larger-scale farmers, often in the resettlement areas (mostly A2), including seeds, fertilisers, fuel and other inputs.

Not surprisingly, such support boosts yields and on larger areas in a good rainfall year, this results in big outputs, which have to be channelled to the state Grain Marketing Board to facilitate loan repayment. In terms of aggregate food production Command Agriculture certainly delivered in the last season, although the economics of this achievement can be seriously questioned.

Of course, only relatively few, often well-connected, farmers gain full access to Command Agriculture packages. Even if a wider group may get some elements, there are multiple complaints that delivery is delayed, the input packages are incomplete and that there is so much corruption in the system, it’s difficult to navigate as a normal farmer. Many in our land reform study areas don’t bother and prefer to go it alone.

My hunch is that it is the large numbers of land reform farmers, often farming on relatively small areas (around 5 hectares of arable) in the so-called A1 areas, who have made the difference, and are the major contributors to the harvest success. Twenty years on, they have settled into a rhythm of successful, small-scale production, with selective use of inputs but on areas significantly larger than their communal area counterparts, who may have a hectare or less of land to farm.

Supplementary irrigation in small plots may help, assisted by the massive growth of small pumps and irrigation pipes. Although such areas rarely focused on maize, except for early green maize in gardens, the possibility of emergency irrigation in some plots is there, although not required in the past year.

We have been studying land reform areas now for 20 years, and the results are interesting yet still poorly understood. Production of course varies massively between years, across our sites (from the high potential areas of Mvurwi to the dryland areas of the Lowveld around Chikombedzi) and between people (some highly commercialised, with increased mechanisation and others much more subsistence producers).

Overall production is significant as this is on large areas (a total of around 10 million hectares across A1 and A2 farms nationally). A boost in yield as happened this past year can make a huge difference in aggregate, offering opportunities for sustained national food security, with surplus grains either stored or invested in value addition activities. The massive increase in poultry production across our sites reflects this, again having positive benefits across communities.

In the past year, government stopped imports of food and has planned significant storage of surplus grains for future years. Perhaps more importantly, it is the local food networks between land reform areas generating surpluses and communal area neighbours and town dwellers that is important.

Such networks, facilitated by informal trade often centred on small towns and business centres, are central to boosting food security. In the past year, with movement restrictions, closed shops and disrupted value chains due to COVID-19, these informal, yet again poorly understood, networks have been essential. This is the case in all years, but has been especially so during the pandemic.

With land reform and the emergence of a networked food economy, people have something to fall back on. This is in stark contrast to South Africa, where with a loss of jobs, the closing down of the economy due to COVID and multiple restrictions imposed, people suffered extremely with hunger rife. As we have seen, this can lead to desperation and unrest.

In our study areas, many Zimbabweans have returned home, as with some land it’s easier to survive. People are carving out new plots, reclaiming land in the communal areas and getting subdivisions in the resettlements. Land reform not only provides food security, but also social security and political stability.

While much commentary focuses on the technical responses to crop production – with much partial boosterism around particular ‘solutions’ – it is this wider structural shift in land and agriculture brought about through land reform that is perhaps more important in explaining the harvest success in the past year.

And linked to this is the new food economy, connecting informal networks of trade, involving lateral exchanges between areas via urban areas, often circumventing the old, formal centralised system altogether (although this past year there were more deliveries to the GMB as payment systems have improved).

However, as the painful experience of the past 20 years since land reform has shown so clearly, such gains are not necessarily sustained. A very poor year can follow a good one with disastrous consequences. Nevertheless, the potentials of the new structural relations of land, agriculture and food that have followed land reform have been demonstrated this past year (as indeed before). What is needed is major investment in agriculture and rural development – beyond the technical programmes, despite their benefits – to ensure that these potentials are built upon for the future.

Hired labour use, productivity, and commercialisation: the case of rice in the Fogera Plain of Ethiopia

Cocoa in Ghana: a smallholder sector

Did enforcement of farm-gate minimum prices lead to a maize marketing crisis in Malawi?

Do smallholders face disadvantages to reaping gains from rice commercialisation in Ethiopia?

Drawing lessons and policy messages from APRA research in Tanzania

The effects of COVID-19 on local food systems and rural livelihoods: An e-Dialogue overview