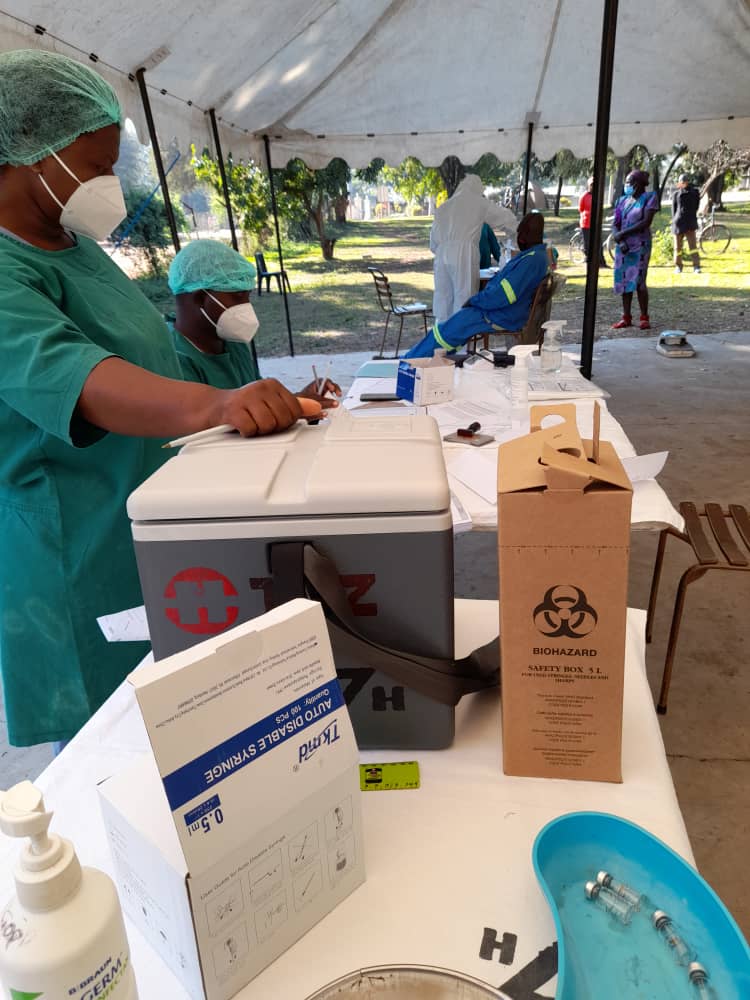 The increase in COVID-19 cases in Zimbabwe has been significant in the weeks since our last blog. This has been matched by an increase in recorded deaths. The government has responded with a new ‘level 4’ lockdown, imposing a curfew, restricting business hours, limiting inter-city transport, requiring movement exemption permits, closing schools and educational institutions and banning all gatherings, except funerals where numbers are again restricted.

The national level data show an increasingly dangerous situation, but why now and how has it affected the rural areas? As we have reported in the past, the incidence has been extremely low in most of our study sites, but this has changed somewhat recently, although few deaths have been recorded. Why this change?

Why is there a surge now, including in the rural areas?

Informants across our study sites point to a number of factors.

All these factors have combined in the last couple of months to fuel the pandemic in Zimbabwe, extending it to the rural areas.

Why do death rates remain low, at least for now?

Yet despite this, the number of deaths in our study sites remain low. This remains an anomaly as vaccination rates and existing immunity from earlier infections rates are low.

When we discussed this, the team pointed to the difference between mortalities of those coming from South Africa (and indeed of South Africans and Zimbabweans), pointing to different lifestyles, unhealthy diets of processed foods, co-morbidity factors (including being overweight, having diabetes and so on). Poverty, they argued, has kept us healthy!

In our study areas, burials have been occurring in cases where bodies have been returned home from South Africa. Cemeteries in Bulawayo for example are reported to be being under pressure. This may yet change, but there are some interesting hypotheses about what both results in infection and causes death.

Many informants across our sites point to local remedies as important in managing infection. While more people are getting the disease, its effects though far from pleasant are being addressed by local remedies. Mr Moses Mutoko from Wondedzo Extension in Masvingo district explained:

“In June my whole family was infected by an unknown ‘flu. It was persistent and heavy. We treated ourselves by steaming of a mix of Zumbani (a local herb), eucalyptus leaves and lemon, covering ourselves with a blanket for 15 minutes and sweating hard. We would also drink the mixture morning and night. We would also gargle several times a day with coarse salt and warm water and drink large amounts of water when we wake up and before we go to sleep to clean the body. We all recovered and are fine now. I have shared this prescription with the community, and everyone has taken it up. We hope it will save people from the disease.”

People across our sites urge the government to take local treatments seriously and invest in research as well as promoting seemingly efficacious ones.

The surge in infections across the country has put the vaccine programme in the spotlight. Earlier reluctance among some has turned to an increasing eagerness to be vaccinated. Currently approximately 6% of the population have had a first dose, but rates have slowed of late due to supply problems. The vaccines being offered remain only the Chinese, Russian and Indian vaccines with an offer via the African Union of Johnson and Johnson vaccines being rejected on the grounds that the infrastructure for delivery was not up to scratch.

Many speculated that this was just politics being played out, with the Zimbabwe government snubbing the West. With the Chinese offering a further 2 million of their Sinovac shots, Zimbabwe may be able to play politics, but it seems a risky strategy right now. This is especially so as delivery is patchy, and the logistics not always streamlined with shortages reported across our sites. Nevertheless, the government’s overall COVID-19 approach has met with approval, both from other countries in Africa, and from the Zimbabwean population according to the Afrobarometer survey.

For a time Zimbabwe had been seen as a potential vaccine tourism destination, with private clinics offering shots for US$70 or more, and South African travel agencies offering pricey vaccination travel packages. However, with current shortages, this has all stopped for now.

Meanwhile, companies such as Tongaat Hullett who run the huge sugar estates are offering shots to workers, as there has been a local peak in infections on the estates, with worker compounds closed down and put into quarantine. Again, this is linked to the season and the greater movement of people associated with cane cutting.

The discussion in our team and amongst informants across our sites on vaccination continues. Many views are expressed:

Just like in discussions across the world, there are plenty of views, each with their own evidence and case studies to share. Complexity, uncertainty and contested interpretations of both science and experience remain the order of the day.

The return of a lockdown is creating real concerns. The memories of the suffering from 2020 are fresh. This is especially challenging now as this is the main season for marketing horticultural products. Transporters can only start moving after 6am due to the curfew, meaning fresh, perishable products can only get to market late. And in the evening they want to move their transport out of town before 6pm for fear of getting vehicles impounded. This constrains the marketing day and for farmers reduces income.

In the past weeks, there has been an increase in direct contracting to local supermarkets, as markets have been closed down. This is only available to some and often means lower prices, even if a market is guaranteed. Wider business dependent on agriculture and dependent on farmers buying things are suffering as business hours and movement is restricted once again. It is back to the bad old days of 2020, with businesses laying off people or closing, and farmers suffering.

The importance of real-time reflections

This is the fifteenth contribution to our real-time monitoring and reflection of the pandemic in rural Zimbabwe. It is far from a linear story and there are many contested views and diverse experiences. Without such in-depth, real-time information it is difficult to make an assessment, and so difficult to learn lessons. Lots of studies are emerging right now that offer definitive statements from snapshot and circumscribed surveys, including from rural Africa. What our tracking has shown is that these are inadequate.

A fuller understanding of this pandemic in all its dimensions will only emerge in time, and we will continue our regular reflections, so watch out for the next blog in about a month.