Why are farmer-based organisations so weak in southwestern Ghana’s oil palm growing communities? 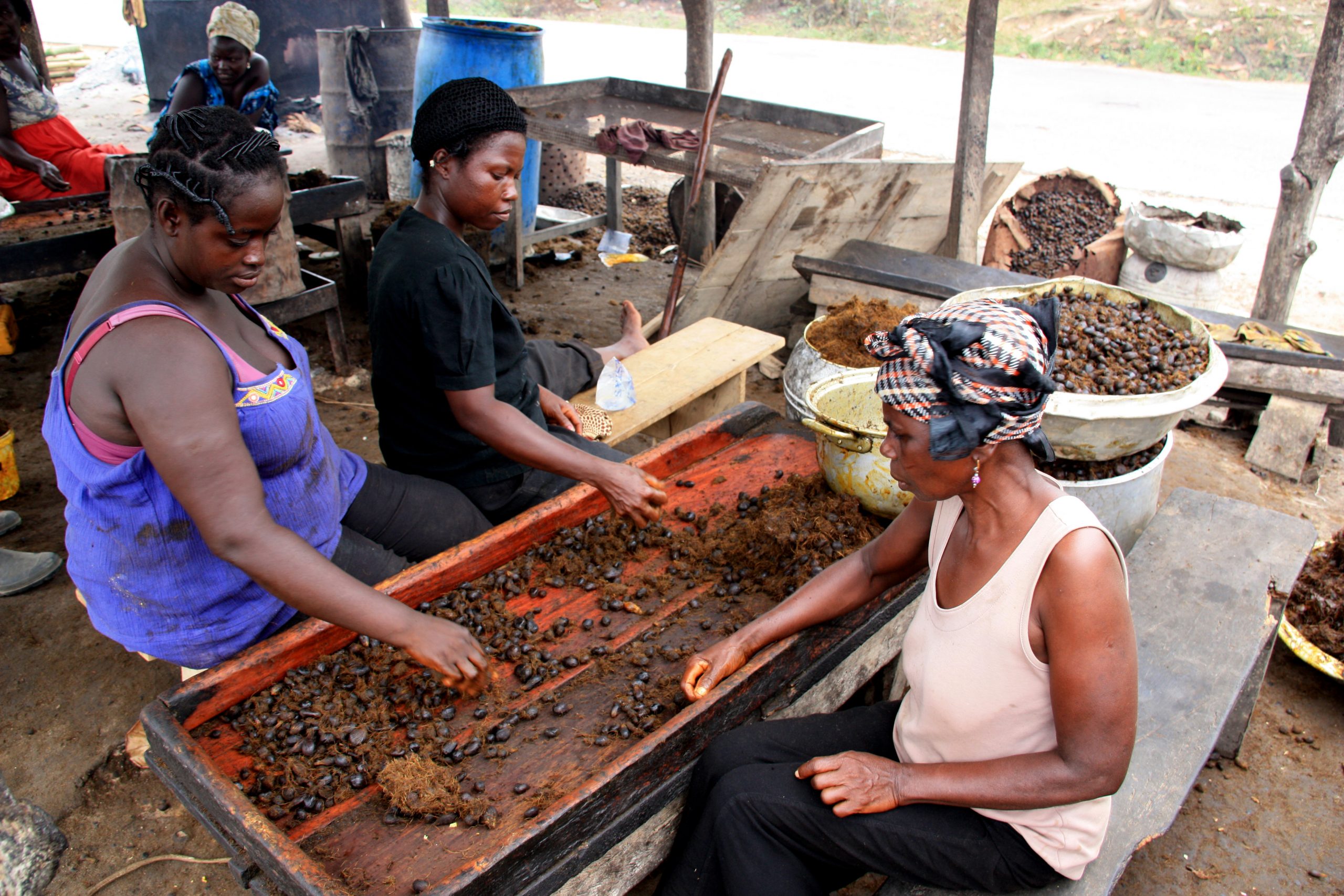 Oil palm, the second most important industrial crop in Ghana, holds the potential to improve farmers’ livelihoods and alleviate rural poverty. It is a quintessentially commercialised crop, being cultivated for sale in local and foreign markets as well as industrial processing. However, despite the potential benefits of agricultural commercialisation, smallholder farmers still tend to be poor. A recent study, the findings of which are presented in APRA Working Paper 68, looked to understand why this is the case. This blog reflects on the findings of this paper and builds on previous research presented in APRA blog, ‘Collective Action within Poor Farming Communities in Western Ghana’.

In a qualitative study undertaken in 2019 in five oil palm growing communities in Ghana’s Western Region, we attempted to investigate whether engaging in collective action could enable vulnerable smallholder farmers to engage more effectively in commercialisation, and thus access a pathway out of poverty. There is a widespread expectation that farmers who lack the capacity to independently respond to the risks of commercialisation could still benefit through forming and maintaining social networks, for example by participating in collective action schemes such as farmer-based organisations (FBOs). This assumption is rooted in the fact that social networks and collective action constitute an opportunity to overcome the constraints that their individual resources would be insufficient for.

However, in all five study communities, we found FBOs to be either weak or non-existent. Moreover, collective action schemes were not always an option for the poorest farmers. We found that whereas FBOs can serve as conduits of important market information and can help farmers to access input and output markets, as well as training and other services, they were either weak or non-existent in the study communities. This situation is partially accounted for by the inability of poorer farmers to meet their financial obligations to their associations, as well as mistrust stemming from a history of unaccountable leadership within these organisations.

The vicious cycle of vulnerability

Poor farmers’ lack of financial autonomy undermines their ability to generate or nurture trust, which is a key requirement for social networks and collective action. Thus, these vulnerable farmers are unable to bear the ‘burden of reciprocity’ because they lack the resources necessary to participate in the kinds of reciprocity that enable collective action. Often, this results in a vicious circle in which wealth disparities widen in a community because the material prerequisites for participating in livelihood-enhancing collective schemes end up excluding exactly those who need such schemes the most. Under these circumstances, cooperation tends to be limited to small groups of better-off farmers, among whom it is easier to ensure compliance.

This situation is particularly disadvantageous for poorer farmers because it hinders their ability to benefit from the advantages of agricultural commercialisation. Such benefits include micro-level improvements, such as access to improved inputs, increased incomes, and a pathway out of poverty, and macro-level advantages, such as transformation at the community level. The poorer farmers’ lack of economic agency predisposes them to short-term economic decisions, which in turn undermine their ability to engage in long-term cooperative activities. Despite the fact that these vulnerable farmers are in the greatest need of such support, and would likely benefit from it the most, their inability to enter into collective action resulting from mistrust, financial constraints, etc., means they are left behind in the commercialisation process and thus remain in poverty.