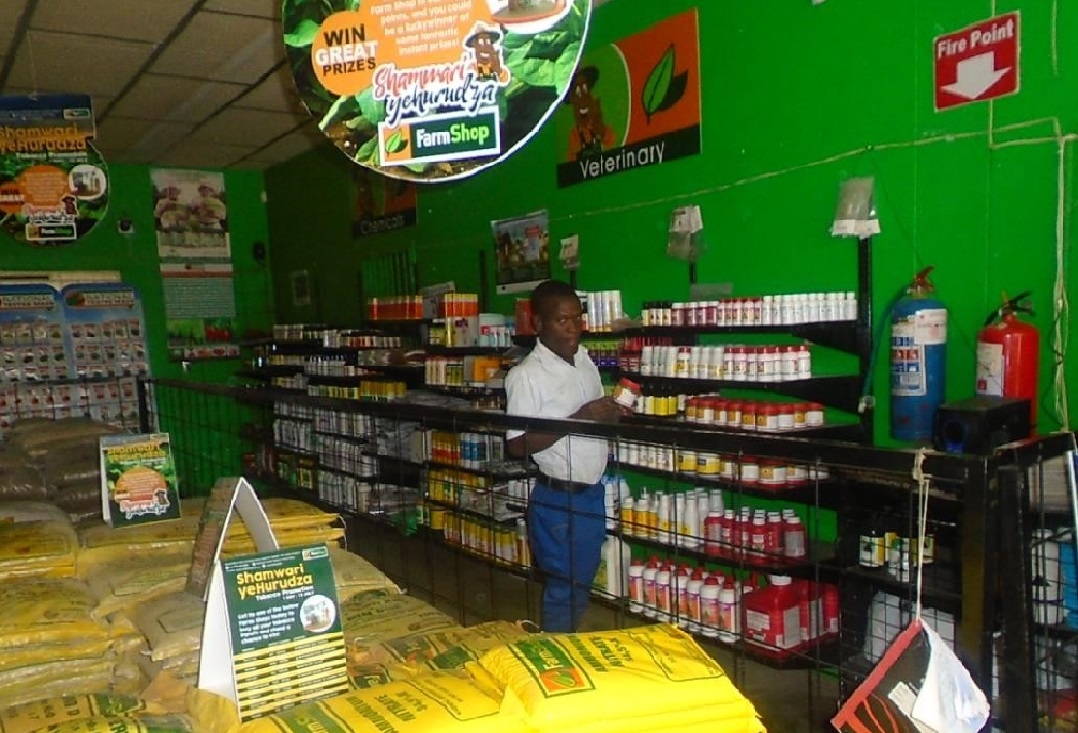 Zimbabwe’s agricultural sector has experienced radical transformation following a series of land reform programs and an economic meltdown that started in 2000. The implementation of the Fast Track Land Reform Program (FTLRP) led to widespread disruptions in the sophisticated input supply system, altered agrarian relations and generally caused changes in the functioning of input and commodity markets (Scoones, et al., 2018). Severe macroeconomic instability  ̶  characterised by high interest rates, shortages of foreign currency and hyperinflation  ̶  created an unfavourable environment for private sector participation in the input markets (Mano, Sukume and Rugube, 2003). While the government has attempted to solve problems in the input supply sector through several support and financial packages (Gono, 2008, RBZ 2006), the interventions generally lacked sustainability and most of the smallholder farmers still failed to access the critical inputs. Smallholder farmers have often faced challenges in accessing agricultural inputs such as improved seed, chemical fertilisers, veterinary drugs, agricultural mechanisation equipment as well as agrochemicals such as herbicides and pesticides. These challenges lead to low produce quality, poor yields and general reduction in the area cultivated. Agricultural commodity marketing challenges have also affected the viability of agricultural intensification and limited prospects for agricultural commercialisation among smallholder farmers.

New marketing modalities have emerged in the smallholder sector, helping farmers to access inputs in a timely manner and guaranteeing access to markets for their produce. Rural agro-dealers have played an important role in the input chains, enhancing the availability of essential inputs at the local level. These dealers and informal buyers have become major economic drivers in rural farming communities. However, the emergence of contract farming has seen agribusiness firms entering into contractual arrangements with smallholders, where the firms provide inputs and extension support as well as guaranteed markets for agricultural produce to the farmers (Scoones, et al., 2018). These innovations have the potential to effectively lower transaction costs faced by smallholder farmers in both input and commodity markets. Following the land reform and resettlement programs, the population in the area has been increasing with large numbers of new farmers having moved into the surrounding farms. As a result, there has been proliferation of businesses to serve the growing clientele.

Mvurwi and Concession have a good mix of agro-dealers serving the resettled farmers and the generality of the farming community. The agro-dealers vary in size of business operation and range of products offered, such as fertilisers and seeds; livestock inputs, such as veterinary injections, dips and block salts; agrochemicals like pesticides and herbicides; production equipment, for example knapsack sprayers, hoes and ox ploughs; as well as hardware, such as door frames and asbestos roofing sheets. Agro-dealers also offer flexibility to farmers and help them to lower transportation costs. However, one main challenge is that they mostly operate on a cash and carry basis, and therefore do not extend credit to farmers. In addition, most of the agro-dealers reported that they have limited financing, hence restricting their product range in stock, in contrast to contracting firms, who offer input packages and credit for farmers to guarantee the production of good quality produce to meet their raw material requirements.

Another key player in the smallholder value chain is the network of agribusiness firms, providing an important source of inputs and agricultural finance for smallholder farmers through contract farming. Agribusiness firms have increasingly engaged with smallholder farmers to produce agricultural commodities in order to guarantee supplies of their raw materials in sufficient quantities and quality. However, there have been mixed reviews on the successes and effectiveness of the contract farming schemes in the country, one example being Vordesale, a firm involved in the tobacco sector, whose management revealed that they only met 75% of the targeted crop output during the 2018-2019 farming season due to a combination of poor rains and rising incidences of side-selling of the contracted crop. Farmers, however, often complain over the unequal power relations, which can leave them at the mercy of contractors.

The viability and sustainability of agricultural commercialisation initiatives depend upon the availability and accessibility of agricultural inputs such as improved seeds, fertilisers, agro-chemicals (pesticides, herbicides), veterinary medicines and agricultural mechanisation. Agro-dealers and contractors are crucial to agricultural production, capital-led agricultural intensification and commercialisation in general as they ensure availability of critical inputs at the local level. Changes in the agrarian landscape following the land reform program brought about new changes in the established input supply chains and distribution networks. So, there have been new entrants in the form of agro-dealers networks and contract farming initiatives that have offered more opportunities for farmers to access essential agricultural inputs and credit, which is crucial for agricultural productivity.