Tractor-powered modernisation for the few 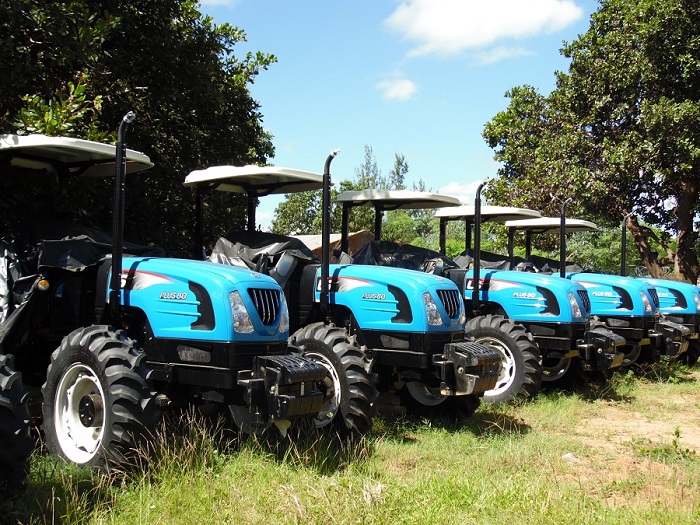 Tractors are back in the spotlight as a prime symbol of a modernisation vision for African agriculture. Are they the answer to low productivity and food insecurity? Are they the mark of a rising class of modern farmers, ready to lead an agriculture-based economic transformation? Who will be the winners and losers of the latest tractorisation wave sweeping across Sub-Saharan Africa?

Agriculture can power Africa’s economic transformation and for that to happen small-scale subsistence farmers need to be made commercially viable, concludes a report by the Ghana-based African Centre for Economic Transformation (ACET), launched last week at the World Bank headquarters. The transformation of subsistence farmers into commercial units, the report argues, entails embracing ‘green revolution’ technologies – a combination of improved seeds, fertilisers and mechanisation, including tractors, drones and satellite.

This modernisation vision echoes governmental and aid-funded initiatives across the continent, not least the Comprehensive Africa Agriculture Development Programme and the Alliance for the Green Revolution in Africa. Yet, the ACET report also notes that farming in Africa still takes place mostly on small-scale subsistence farms, which are not large enough to make modern farming viable. In Ghana, 85% of farms are under two hectares. In Mozambique, 97% of farmers farm an average area of 1.2 hectares.

So who will lead the modernisation of African agriculture? ACET’s chief economist, Mr Yaw Ansu, has the answer: “If we can introduce a set of reforms and programmes of support and make farming a paying business, then hopefully we can get some younger, educated people into farming and create a new class of medium-scale, modern African farmers.” A class of younger farmers with more tractors, as the headline goes.

Tractors are suddenly pervasive in discussions about Africa’s agricultural transformation. They are at the centre of recent agricultural policy and aid and trade deals, including with new partners like Brazil, India and China. Brazil’s More Food International (MFI) is a case in point. Under this US$ 640 million concessional loan, the governments of five African countries (Ghana, Kenya, Mozambique, Senegal and Zimbabwe) have recently imported subsidised tractors and respective implements from Brazil.

When, back in 2013, I interviewed Brazilian government officials leading the design of the programme in the Ministry of Agrarian Development (MDA), their vision was that MFI added an alternative model to the portfolio of Brazilian cooperation. The alternative was centred on strengthening family farming (or small-scale agriculture), while promoting agrarian justice and domestic food markets. It counterbalanced large-scale farming of agricultural commodities for export markets, regarded as the dominant reference for Brazilian agricultural cooperation and condemned as inequitable and environmentally harmful.

It is unclear whether African governments benefitting from MFI captured its original celebratory vision of small-scale family farming or found it at all relevant. During the initial negotiations of the programme, Brazil’s MDA cautiously insisted on the selection of relative smaller scale equipment and tried to push back their African counterparts’ inclination for larger equipment, such as combine harvesters and hydraulic excavators. Mozambique ended up getting just over 500 tractors HP 80. As I hear from farming machinery specialists, this is a tractor that suits a farming area of over 200 hectares. Can it help the average Mozambican peasant, farming under 2 hectares? Perhaps not. But could it suit associations of small farmers or block farms? Or is it rather suited to larger farmers, with the land areas and financial and political capital required to access the modern farmer’s technological package?

A team of research members of the Future Agricultures Consortium and its new Agricultural Policy Research in Africa (including Kojo Amanor, Toendepi Shonhe and myself) is tracking these tractors’ trajectory, as they reach their final destination in Ghana, Zimbabwe and Mozambique. This follows on from previous research that looked at the origins of MFI and the competing interests at play in Brazil – including the tension between political advocacy and trade. We are now focusing on how this cooperation programme unfolded and gained a life of its own, once absorbed by African agricultural policy and politics. Our study asks: how is agricultural mechanisation being promoted across the three countries and what drives it? What impact do chosen solutions, and tractors particularly, have on commercialisation pathways and agrarian change?

Brazilian tractors have added to other tractors and machinery imported from China, India and other countries. Some of these tractors have been directly sold to individual large farmers but the bulk has been allocated to hiring programmes, seemingly to reach small-scale farmers without the financial capacity to pay for individual ownership. These programmes operate through state-subsidised but privately-managed service centres in Ghana and Mozambique and tractor cooperatives in Zimbabwe. In Ghana, these schemes add to already active private hiring activities by large and medium-sized farmers to small farmers. Innovative digital platforms connecting tractor owners with renters are also starting to develop. But who gains from these services and who is left behind?

Our field research is only starting but three emerging themes are worth considering when contemplating the dream of the modern farmer and the role for tractors. 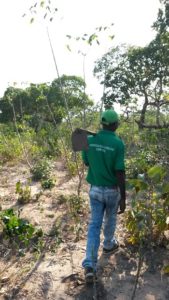 Stumps, distance and appropriate technology. Small farmers’ access to tractor hiring schemes is constrained by the nature of the land they farm (tree stumps need to be removed before tractor ploughing can start) and by the long distances between farming plots that make tractor dislocation expensive. Unsurprisingly, service providers prioritise clients farming premium land that has already been cleared (typically, old colonial plantations and state farms) and whose areas (of 50 to 300 hectares) can quickly add up to the target of 800-900 hectares each tractor is expected to plough per season. Regardless of their ability to pay for rental services, small farmers, particularly those outside block farming areas, have little bargaining power and find themselves without access to state-sponsored ploughing services. Mr Cartela, showing the Mozambique research team his four-hectare stumps-ridden machamba in the outskirts of Monapo, a northern Mozambican village, wonders why smaller and cheaper machines, such as power tillers, were not include in the Brazilian family farming package.

Patronage, developmentalism and class formation. Tractors are politically expedient and have historically been instrumental for state building and feeding patronage relations. This is particularly visible in Zimbabwe, where tractor distribution has been dominated by party-politics. The government of Mozambique has sent the newly received tractors across the country, including to areas dominated by opposition, driven by the urge to develop an entrepreneurial class of farmers – and hence the concentration of service centres along growth corridors of Beira and Nacala and other high potential farming areas in the south of the country (around Chimoio and Chókwè). Yet, the local allocation of tractors and selection of managers for the centres has been inevitably shaped by local power dynamics. The managers of the centres are emerging farmers themselves, with medium- to very large-scale farming areas, where tractors come handy. They are part of local elites, with links to the bureaucracy, the party and/or foreign investors. Typically male, some have had jobs as civil servants or as project managers for aid and NGO-funded projects. 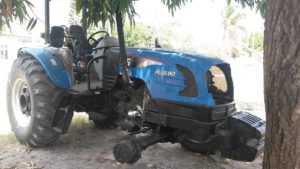 Demand for tractors, emerging farmers and the state. Research by IFPRI on mechanisation in Ghana draws attention to the rising demand for tractors and ploughing services from emerging medium-scale farmers, driven by land consolidation, urbanisation and rising labour costs. It makes the case for market solutions to address rising demand while emphasising state failure. Indeed, the historical testimonies of failed state-led tractorisation of the 80s and 90s came to mind when we were shown one of the new Brazilian tractors managed by the local administration of Nacala-Porto, another Mozambican village. After ploughing just under 70 hectares, this tractor has been put out of business with a missing tier – we were told the type of tier is not found the local market and, in any case, there is no money in the local administration’s budget to pay for it. State-run mechanisation programmes may be inefficient but dismissing entirely the state’s role may be underestimating its contribution to today’s class formation. Would Ghanaian middle farmers have risen without the earlier support from state? In Mozambique, the service centres offer the selected few a chance to become modern farmers, many of whom farming in reclaimed old state farms.

In this light, the image of the well-trained and technology-savvy young farmer, attracted into agriculture by the invisible hand of entrepreneurship – and on a tractor – appears an ideal type. In reality, the middle farmer we see emerging across our three study countries come from a selected group, whose access to land, finance and technology has been greatly supported by the state and shaped by local power dynamics. So what about the millions across Africa who, like Mr Cartela, walk many miles a day to their farms, hoes on their shoulders, and will continue bending under an unforgiving sun? For them the tractor-powered modernisation will likely remain a mirage.