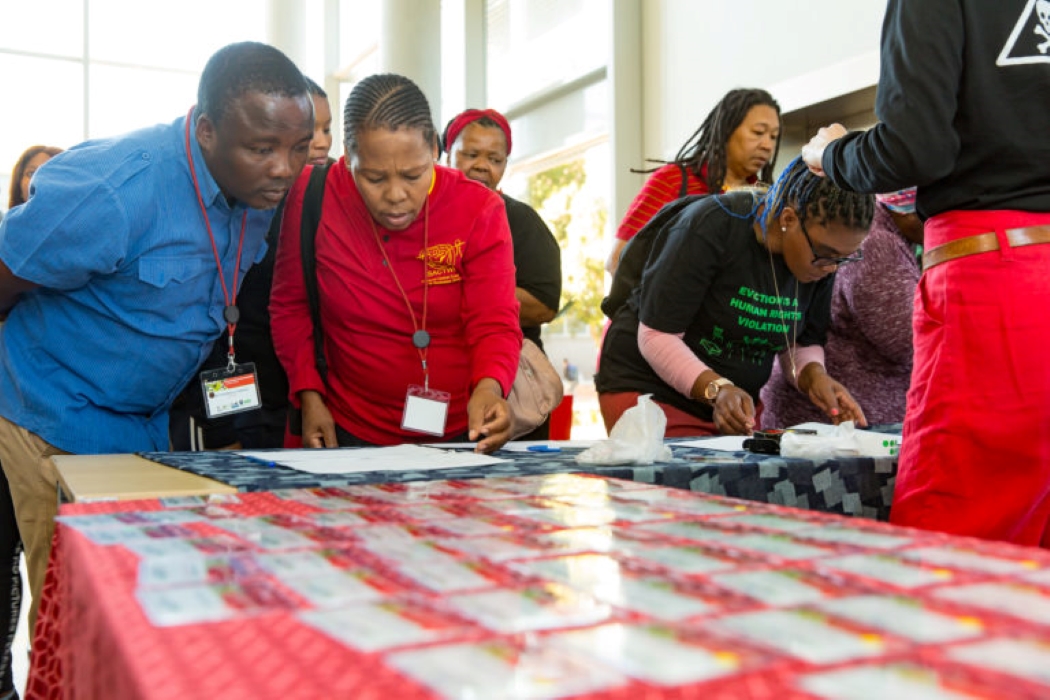 “We are wasting our time talking about living wages and inspectors and new technologies. We need to talk about the fact that our government has sold the livelihoods of ordinary people to big corporates.”

These were the words of Constance Mogale from the Alliance for Rural Democracy, speaking on the final day of the Future of Farm Workers conference, held at the University of the Western Cape last week.

“We say we want land,” she said. “But we must make sure that when we are the farmers and the workers we are not perpetuating an unjust system.”

Calling for a reimagining of the agrarian system, Mogale explained that “big corporates are demonising rural life by demanding trade agreements that are unsustainable and inhumane”.

“We need to link our local struggles to global struggles,” she said. “We need to start demanding appropriate frameworks and realistic prices and targets. We need an agrarian system that gives people the right to choose the way they want to live. This goes way beyond wages.”

Mogale also expressed concern about the future of farming, and the gender dynamics that come into play with the use of technologies such as drones. She pointed out that it is the young boys who are being trained to use the new technologies, while the girls and women are having their privacy and dignity invaded by drones that capture them in the fields where there are no toilets.

While she was not against the use of appropriate technology, Mogale also questioned what was being done to ensure that people on farms can make the transition to 4IR effectively.

“What is going to happen to the farmers who don’t have access to the technology?” she asked. “I see a big gap developing between those who have the resources and those who don’t. It is up to us to ensure that 4IR is balanced with issues of equality while making sure that South Africans can compete in the global market.”

This post was written by Mologadi Makwela. It first appeared on foodsecurity.ac.za and was based on the Future of Farm Workers conference