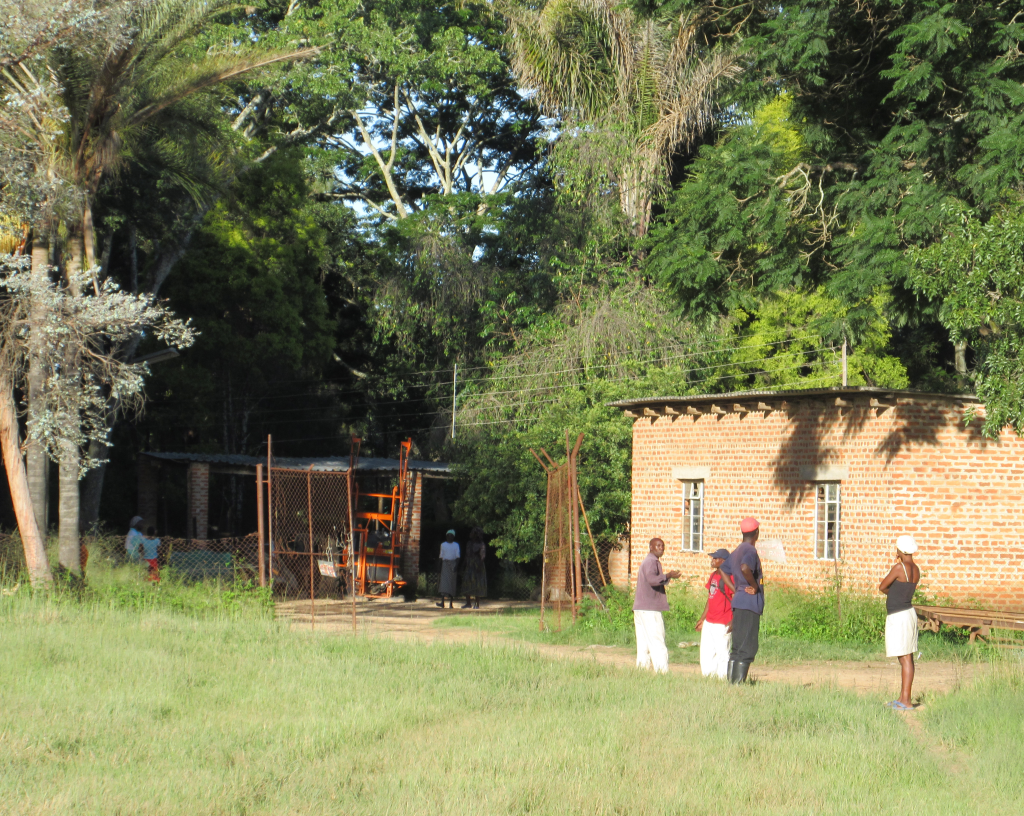 The findings of our recent open access Journal of Modern African Studies paper, shared in the last blog, show that A2 farmers are not one uniform group. They vary a lot both between and within sites. They are not universally the standard caricature of a party-linked ‘crony’ who is doing very little and extracting rent from state-funded patronage schemes (although of course such farmers do exist). Instead, we see a highly differentiated context, with different pathways of accumulation (or lack of).

A2 farms were allocated as part of the political bargain that emerged around land reform. Across the country, most land was taken by land-poor communal area people and un/der-employed people from towns, with these areas seized through occupations subsequently becoming A1 smallholder areas. A2 farms, a smaller but nevertheless substantial area (details in the paper), were allocated later as part of a political deal with the middle classes – the professional and bureaucratic elite – along with some going to those linked to the party-state and military (see Table below from our A2 farm survey).

Our studies show how previous occupations varied across sites, but that those with jobs in town and civil servants (many teachers and agricultural ministry workers) were dominant. There were also some who previously farmed in the communal areas and a few farmworkers. Those with direct links to the party and having benefited from allocations organised through political connections were mostly in the ‘security services’ category, estimated at 10% and 18%  of farms in the two sites – although these farms included those occupied by retired police officers, army personnel and others, now with few on-going connections although with strong party affiliation.

We looked at the full population using census and audit data alongside information from knowledgeable key informants in each site to compare our sample data with the wider picture. There was a good match overall.  In the wider population, there were several MPs, one (now late) former Vice President and a few politically-connected church leaders, as well as a scattering of military top brass, councillors and others.

As in our sample, these especially well-connected people were a small minority. While media headlines focus on the acquisition of multiple farms by certain politicians – including former President Mugabe – this is clearly not the whole story (although of course an important part of it – and still an impediment to reform and the realisation of the Constitutional requirements on land ownership).

Among the sample population, there were also those who identified as ‘war veterans’ (a notoriously flexible category) averaging about 23% of farmers across our sites. Although some war vets were simply peasant farmers from the communal areas before their status was revived in the late 1990s, some remain influential in political circles and can make use of this in their relationships with the state.

As the last blog discussed, some A2 farmers have been able to make a go of farming despite the constraints and this was especially so in the period from around 2009 to around 2016.

Accumulation trajectories differed though. Some invested from their own sources of funds or from patronage allocations (or sometimes combinations), others were able to mobilise funds through joint-venture arrangements and contracting. Others relied on ‘projects’ funded by relatives and others, sending money home. Others still expanded production through settling relatives on the farm, and creating a ‘villagised’ arrangement, with multiple farms effectively working together.

Each of these forms of investment has resulted in accumulation – of equipment, homes, cars, trucks and further investment in the farm. Those who were struggling and doing little were either failing because they had no resources, or were ill or infirm, or out of choice, as they had other activities going on elsewhere but were holding land for speculative purposes.

How does this complex picture pan out in terms of class and political dynamics? We can identify a core group of a productive accumulators, with different sources of finance, and varying dependence on the party-state political nexus. This group is an emergent capitalist class, some independent, others very much tied into the state through patronage relations. They make profits, employ people and are investing. They are the commercial farmers expected by the plans.

Next, we have those who are aspiring to be commercial farmers, but lack the financing. They produce reasonably well, but on smaller areas and with fewer animals; they employ few workers and cobble together financing from various sources, including off-farm work. As emergent capitalist farmers, they are severely hampered by the economic conditions and very often lack of access to patronage funds.

Others are struggling, operating more as ‘petty commodity producers’, combining peasant-style farming on small areas, with some level of market engagement. In Mvurwi they may be assisted by contracts with tobacco companies, and in other cases there are investments in ‘projects’ by relatives who transfer funds from outside. In some cases too, the land is effectively subdivided or at least shared by a number of families, as sons take up small-scale farming on the larger plot.  There are others still who have abandoned farming and may have a care-taker looking after the plot and any houses. This may be due to ill-health, age or because the household decided A2 farming was definitely not for them. In addition, there are those who are holding the land speculatively for future generations, making sure the windfall of gaining a farm is not lost for others in the family.

Each of these broad groupings have different associations with the party-state and so different linkages with party politics and patronage. With different levels of production and investment and different patterns of accumulation resulting, they have contrasting political interests. Those capitalist and aspiring capitalist farmers are keen to ensure that the state resolves major blockages to financing, including issuing leases, addressing compensation to former owners and facilitating bank finance. They are committed farmers, with capacity, but currently constrained. While some will rely on patronage, through the Command Agriculture scheme, most observe that this is not sustainable and all are aware of the whims of political favours that can change at any minute.

Those who are struggling may make it in time with the right support, but many will not. They are concerned about holding on to their land given land audits of utilisation. Such families actually may benefit from some form of subdivision of land, taking on a more manageable size of farm. Land taxes would hit such farmers hard given that they produce so little, and they are widely resisted, but may encourage a more appropriate land use. Those who have effectively abandoned their land fear the consequences of an audit. While some are well-connected and may hold onto their land through corrupt means, others are not and may lose it. The wider policy challenge is how to re-absorb such farm families into the smallholder areas in places where broader social safety nets can be provided or into gainful urban jobs, and in turn how to reallocate land to new entrants.

In sum, as processes of differentiation have emerged over nearly 20 years in the A2 farming areas, there is no one standard ‘A2 farmer’. Far from it: in fact there are many different types, with patterns varied over sites. This has implications for rural politics. The better-connected, richer farmers, with close alliances to the state, may succeed in lobbying for commercial farmer-friendly policies, including on-going subsidies and investment, just as their white predecessors so successfully did during the colonial era. They are also keen on joint-venture arrangements, including with former white farmers, as well as Chinese and other investors, making new alliances in the countryside.

With the current government’s penchant for neoliberal policies and a focus on business, these commercialising A2 farmers are well-placed. However, currently they are not well organised, and cohesion is fractured by the invidious effects of patronage politics, made worse by the endless reconfiguration of factions amongst the party-military elite.

Those who are struggling or abandoning farms may still wish to join the ranks of more successful farmers, but this will require concerted external support, which is currently absent. Their class characteristics are more akin to ‘petty commodity producer’ smallholders, especially in the A1 areas, and in the end following subdivision or movement to other areas may become part of a larger political force in the countryside lobbying for support for investment in agriculture and rural development, with smallholder farming at the centre.

Beyond the populist rhetoric, there is little political support for this position currently and connections to the party-state remain weak, but the war veteran lobby that is strong amongst this grouping, as well as others advocating a smallholder path of development, may yet provide the basis for longer-term support if a vision for smallholder-led transformation, perhaps in time with donor support, can be forged.

Numerous policy issues emerge from the analysis, including the need to address land tenure/lease issues, farm finance, land administration and wider agrarian support, including investment in basic infrastructure. The lessons from the successes of white commercial agriculture from the 1930s onwards is that a clear vision for the sector is needed, with strong leadership and backing from the state, as well as accessible and cheap private finance.

To date, the economic and political chaos that has dominated Zimbabwe’s recent history has prevented this, but there are opportunities. Maybe a new political settlement emerging from proposed dialogues across political parties will generate the sort of stability seen in the GNU period, and once again the chance of farm investment.

And over a longer period as it becomes clearer who can make it as a commercial farmer maybe a smaller, focused medium-scale sector may yet emerge around the nascent commercial farmer groups we have identified, potentially specialising on certain products and with a variety of joint-venture arangements. With land in the A2 areas subdivided further to allow a greater number of people to take up farming in the future, others may join a solid and powerful core farming sector based on smallholders (centred on the A1 areas).

Only time will tell what the future holds, but our study has revealed important dynamics, allowing a more open and informed debate on commercial agriculture and its future in Zimbabwe than has happened to date.