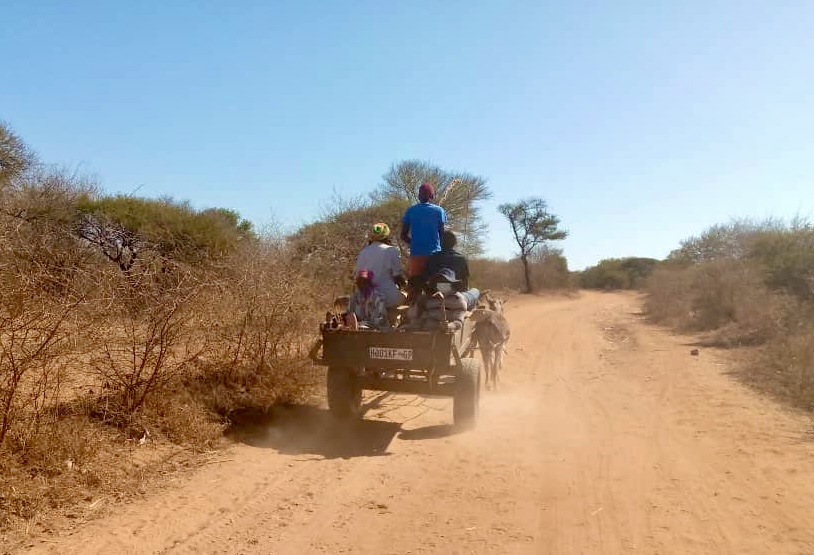 The COVID-19 situation in Zimbabwe has improved since our last report, with infection rates and deaths declining in all areas. The alert level has been reduced to Level 2, with restrictions relaxed. At the same time, the vaccination drive has continued apace, with the government now mandating all civil servants to take a shot. So far just over 20 percent of the population has received at least one vaccine – mostly from China – although there are big variations across locations and age groups.

The period of Level 4 lockdown during the most recent wave has taken its toll. During this period, lasting up to 7th September, many businesses closed and most public institutions, including schools and colleges, were shut. This had a big effect on the local economy and many suffered badly. This included farmers across our sites, who complained bitterly that schools, colleges and other businesses they supplied food to were slow to open up after the shift to Level 2. This particularly affected horticulture farmers in Chatsworth and Wondedzo who rely on vegetable sales for livelihoods at this time of year, with large amounts of produce rotting.

Controversies around COVID-19 continue to be central to discussions across our sites. COVID has become a symbol of control, a centre of power struggles and local politics; much more than just a disease. This has been especially evident around the vigorous vaccine campaign that the state has led.

Many, particularly younger people, still dismiss the disease: “It’s just a strong ‘flu”, one commented. “We have our own remedies for it, we don’t need the vaccines”. The view that COVID is being used by the state to control people is widespread. A number of younger informants observed that the vaccines may be used by the government, in alliance with foreign powers, to control the population, making people infertile. While conspiracy theories can be dismissed, their existence must be taken seriously as they reflect the politics of COVID times and the deep lack of trust many, perhaps especially younger people, have in authority.

Geopolitics comes into it too. “Why is this government accepting vaccines from unfriendly states like the US when they impose sanctions on us…. It seems very fishy”, one informant observed.  Others argue that it’s odd to get a free vaccine from China when health centres have no other drugs “not even paracetamol, no basic drugs, no ambulances, yet these are all free and supplied by the government. We smell a rat… there is something not right…. What deals are being made about our future?” “It’s all about making money and controlling people”, one young person commented, “COVID is destroying our lives and economies”.

Trust and the politics of control

All sorts of theories are debated, but the common theme is the little trust in the state and its solutions. Many see politicians capitalising on the COVID moment, recognising that elections are just around the corner. Other local leaders are using the requirement of the state to vaccinate to control their populations, with chiefs and headmen threatening the withdrawal of food aid if people don’t get vaccinated. Vendors wanting to sell in local bakosi markets have to be vaccinated in some of our sites, again giving more powers to local leaders. Local officials keep lists of those vaccinated and not, creating new forms of local surveillance.  Government departments have until 15 October to get their staff vaccinated, otherwise they must go on ‘unpaid leave’ until they do. All our team who work in the agricultural extension service have got vaccinated, for example.

Others resist the state vaccination efforts completely. For example, the Vapostori church followers refuse to take them. They say that COVID like other diseases is just punishment from God. It should not be resisted, and any requirement to stop praying in large groups should be resisted lest the Almighty is angered. God will answer and find a solution, they argue. Other churches, such as the Dutch Reformed, Roman Catholic and others, urge their followers to get vaccinated.

Among traditional religious leaders, such as the svikiro spirit mediums, there are a variety of opinions across our sites. Some argue that COVID reflects the anger of the ancestors for not following local customs and rules. They promote traditional practices for curing and healing, and some herbalists have joined others in prescribing herbal remedies for teas/infusions, gargling and steaming. The massive growth in demand for local treatments that arose especially during the most recent deadly wave has reinforced the power of herbalists and traditional healers within local communities.

Recourse to ‘tradition’ and the rejection of modern ways, around food in particular, is a common refrain. The argument that foods made from rukweza, mhunga (finger and pearl millet) and other traditional products give strength and help people resist the disease has been much repeated. This has strengthened the hand of traditional healers, mediums and some local leaders over their ‘modern’ replacements in local power struggles in a number of our sites.

There is a gender, generational and locational divide too. Women are getting vaccinated far more than men, according to those working in the local clinics across our sites. Older people too are much more likely to get vaccinated than the youth, as they have seen old people get sick and die. Parents complain that they cannot persuade their children to get vaccinated and follow the regulations on distancing, mask wearing and so on. Finally, those in town are more likely to sign up as they too have seen the effects of the disease in recent waves – some even travelling to rural homes to get their shots as there is more availability of vaccine.

COVID times have created many tensions centred on the control over daily life. Tensions play out between the state and normal people; across generations, between youth and older people; within families, and between spouses; among colleagues who are civil servants; between church followers of different denominations, within villages and even within families; between the living and the spirit world; and between local leaders and their followers within rural areas. All these tensions are refracted through local politics.

While vaccination has often been the central, immediate focus, these tensions are therefore about much more; a window on contemporary rural society in Zimbabwe. These disputes are about the politics of control, over defining freedoms and limits and the role of the state and other authorities in relation to citizens. They are about faith and belief, interpretations of ‘tradition’ and ‘modernity’ and the trust in state authority and science. And they are about wider politics around which foreign powers can be trusted with people’s health and well-being.