The political economy of the maize value chain in Nigeria 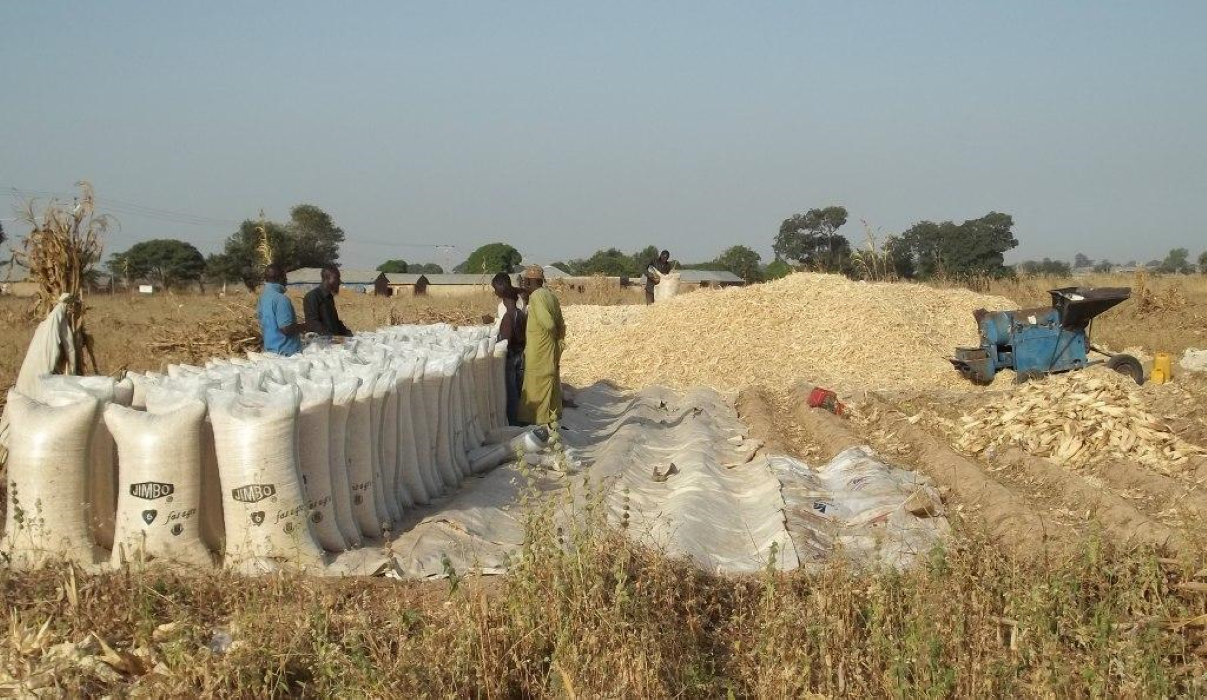 This blog explores the findings of APRA Working Paper 60, investigating the political economy of the maize value chain in Nigeria. This study focused on how the political economy dynamics can contribute to understanding the drivers and constraints of agricultural commercialisation in the country, and the government’s role in enhancing this process.

The political economy of public sector reform in Nigeria

For over a decade, it was thought that encouraging food imports would address the nation’s food shortage problem. However, it has since become obvious that such policies actually fuelled inflation, discouraged local production, created poverty among many farm households, and contributed to food insecurity. Thus, alternative policy actions are required.

There are three ways governments in Nigeria typically intervene in the maize sector to achieve political and developmental objectives. The first is through output market interventions, which include using marketing boards to support high farm gate prices for smallholder farmers and to lower consumer prices through subsidised sales of government stocks, as was the case in 1977. The second is through input subsidy support, mainly for maize seed and fertiliser, as was the case in 1975 when fertiliser procurement and distribution was centralised. Finally, the Nigerian government regularly uses trade policy levers, including tariffs, export bans, licenses, and quotas, to regulate maize supplies and prices, as seen in Nigeria’s border closure and policy ban on maize imports in 2019 and the removal of the ban in 2020.

The process of land acquisition has implications for maize production, whereby smallholder farmers can only access family land and rented or leased land to grow maize. Thus, this tends to limit the land area under cultivation. Smallholder farmers therefore have limited or no security of tenure, which limits their ability to access capital and invest in farmland. To ameliorate this, Agricultural Transformation Agenda – a project of the federal government was born in 2011. Three initiatives under the ATA had a far-reaching impact on the maize value chain (MVC):

The private sector in Nigeria has the potential to supply agricultural inputs in a cost effective manner. There are several private companies who have entered the fertiliser and seed business during the last few years. The agricultural or farm supply companies in various states are also involved in the distribution of inputs. The privatisation of these companies offers additional potential for developing private sector-based distribution channels in rural areas.  Large-scale commodity importers may become potential traders in bulk imports. Hitherto, due to the public sector monopoly in the past, all these privately-owned organisations did not have an opportunity to develop the necessary skills needed for efficient marketing and market development. Maize farmers in Nigeria are also gaining access to inputs and advisory services through cooperative membership.

The production of maize has increased due to high local demand – particularly from the feed industry due to the growth of the poultry sector, which relies on maize as the primary feed ingredient. Those engaged in poultry farming include both small and large poultry producers. The large poultry producers are often well-connected politically and, in some cases, they also own livestock feed businesses. Hence, they tend to have political influence in dictating developments in the MVC to their advantage, by influencing maize import policies.

Integrating women and youth in the MVC

Maize’s production and sale is dominated by men. In some instances, especially among spouses, men take over control of women’s maize crop as it is commercialised. Hence, women are unable to increase their production of maize as a result of the many challenges related to non-ownership of land, lack of credit and inability to penetrate market cartels. This limits the quantity of maize available in markets in Nigeria.

The political dimension of the MVC revolves around input supply, especially fertiliser; trading in maize, especially importations; and sales to processing industries; social differentiation by gender and farm size (commercial large-scale famers versus smallholder farmers). These dimensions tend to have implications for other stakeholders in the value chain, especially smallholder producers, wholesalers and retailers engaged in domestic trade and importers. Therefore, it is recommended the government provide a conducive environment for the private sector to play its role in the procurement and distribution of agricultural inputs, while the government maintains its position in quality control and the enforcement of policy implementation. This will enhance the commercialisation of the MVC in Nigeria.