The political economy of land use land cover change in Mvurwi, Zimbabwe, 1984—2018 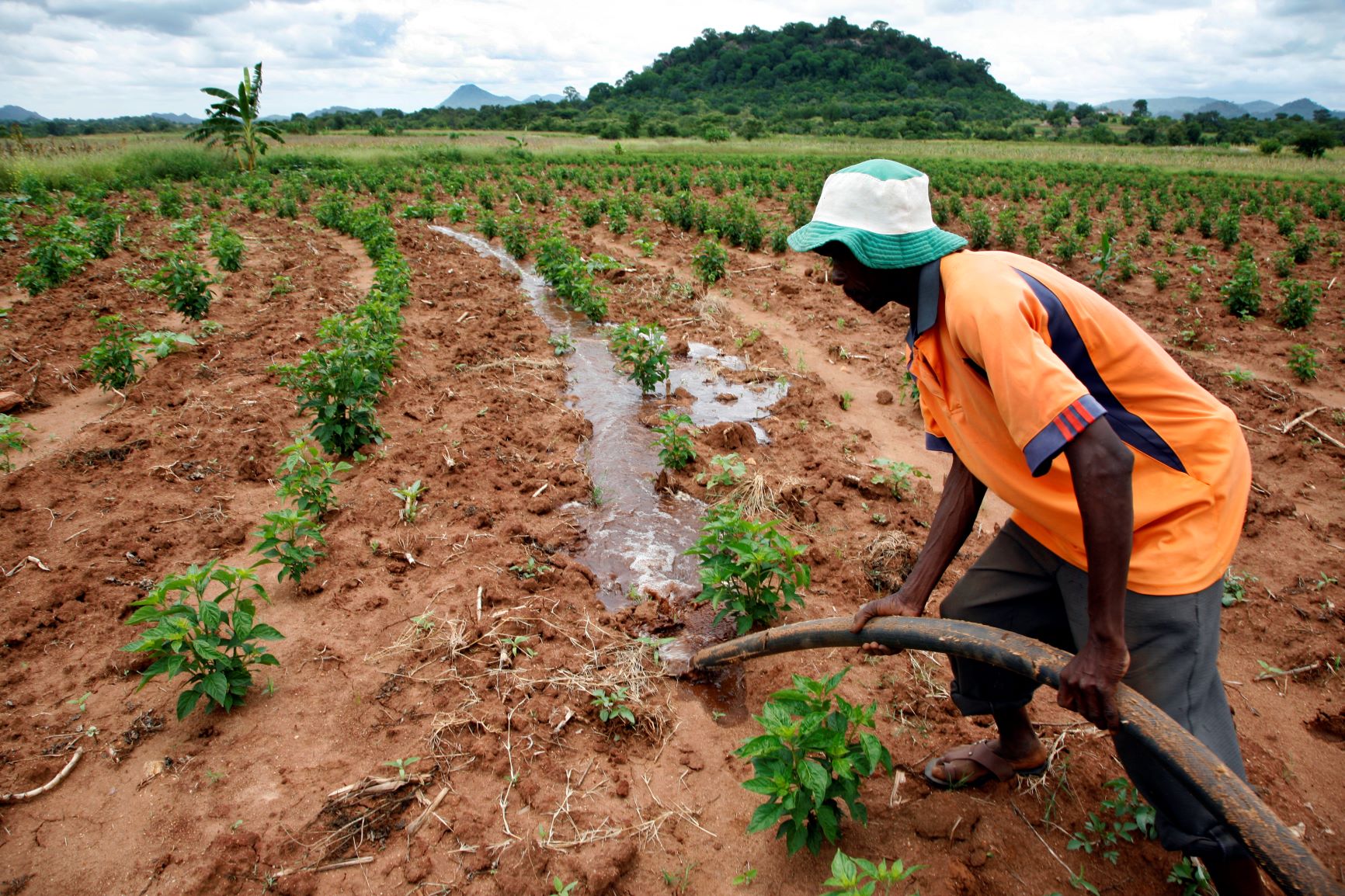 In this blog summarising APRA Working Paper 48, the authors explore the effects of variable rainfall and the land reforms of 2000 alongside other political and economic factors, to determine how land use land cover in Mvurwi, Zimbabwe has changed between 1984 and 2018. The study complements the longitudinal analysis of agricultural commercialisation in APRA Working Paper 35.

From 1984 to 2018, the Mvurwi area of Zimbabwe experienced significant vegetation fluctuations related to major land use and land cover changes, especially post-1999. Our latest APRA study examined the extent of change and explored the underlying drivers leading to land use land cover change (LULCC) – defined as a loss of natural areas, such as agricultural areas to urban or exurban (an area outside a typically denser inner suburban area) development – in Mvurwi. The study explores land cover changes in former large-scale commercial farms (up to 2000), new resettlements areas (after 2000) and a smallholder farming communal area.

Over several decades, land cover has varied through different phases, with periods of vegetation expansion and contraction linked to a range of factors. The factors include changing macro-economic conditions, political dynamics and climate change. Beyond a simplistic view where environmental change in vegetation cover is viewed as a result of changing rainfall patterns and the effects of land reform (via resource extraction and overuse by humans), a more nuanced picture emerges. This captures how land use change in the longer term is an outcome of socio-ecological and political economy dynamics at play.

The normalised difference vegetation index (NDVI), a simple graphical measurement that analyses vegetation health using remote sensing measurements, was calculated from Landsat data[1] in order to test for significant changes in the vegetation cover in the study area at five-year intervals: 1984–1999, 1999–2004, 2004–2009 and 2009–2018. Although major LULCC occurred as a result of land reform after 2000, when large-scale commercial farms were taken over by smallholder and medium-scale farmers, tree cover varied over time without following a particular pattern, as increases and decreases were observed across the four phases, which did not simply relate to changes in rainfall or demographic shifts.

A focused study was carried out in Ward 26, in Mvurwi, where insights from interviews and focus group discussions across the area helped to identify the land use change drivers. Using empirical data collected through interviews and discussions in the field was essential to gain a full picture. Thus, combining NDVI analysis of LULCC using satellite-based imagery with insights from a grounded political economy analysis revealed how environmental changes reflect an interplay of socio-economic, political and environmental factors.

Socio-economic factors included how the macro-economic environment – and so access to bank financing, inflation and markets – had an impact on the cropping patterns and resulted in changes in the land cover. Similarly, climate change affect cropping and land cover in the countryside. Thus, these factors and processes are intertwined.

In addition to the actions of local land users, our research shows that environmental changes are also affected by the wider macro-economic and political situation. For example, the contraction of commercial farm fields in the 1990s was linked to growing incentives to focus on high value crops for export, which required smaller land areas but increased capitalisation, as was the deforestation and mining, which led to an expansion of forested areas, reducing the area of cropped fields. Equally, the period of hyperinflation in the 2000s, or before then, the lack of government support after the Economic Structural Adjustment Programme (ESAP), all saw a contraction of agricultural production and reduced levels of field expansion.

Differences in ways of accessing resources, including land, is often heavily influenced by political connections, which affects cropping patterns, and thus the land cover over time, in different localities. The study revealed that changes varied across communal areas (small-scale farming), large-scale commercial farms/estates and, after the land reform from 2000, resettlement areas with different farm sizes. These included A1 (villagised smallholder farmers on 6 ha of land) and A2 medium to large-scale commercial farms averaging 100 ha). Explanations for these changes highlight social, economic and political drivers that have changed over time. While important, the simple explanations about changes in rainfall patterns were inadequate. The multiple drivers mentioned above intersect, and merge with social dynamics and the political economy to shape environmental change.

The effects of climate change will likely see more erratic rainfall, and drought shocks combining with wider political and economic drivers in particular ways to create shifts in land use, rather than seeing a simple, one way change over time.

Over the last four decades, land use in the Mvurwi area has changed dramatically due to land reform. However, there have been other factors, all combining in a complex way to result in a highly variable pattern that shows shifts back and forth in land cover categories in ways that differ across localities. A consideration of social and political economy factors that impact on land use land cover changes is therefore crucial, as we observed in Mvurwi.

We conclude that a simplistic view associating land cover reduction with changes in rainfall or the resettlement programmes is inaccurate. Based on our findings, we propose a broader view that takes into account the changes in macro-economic conditions, the wider political economy dynamics and the changes in the environment. These factors, we found, led to changes in cropping programmes and shifts in strategies for livelihoods by Zimbabweans in general, and farmers in particular.

[1] The Landsat Program is a series of Earth-observing satellite missions jointly managed by NASA and the U.S. Geological Survey