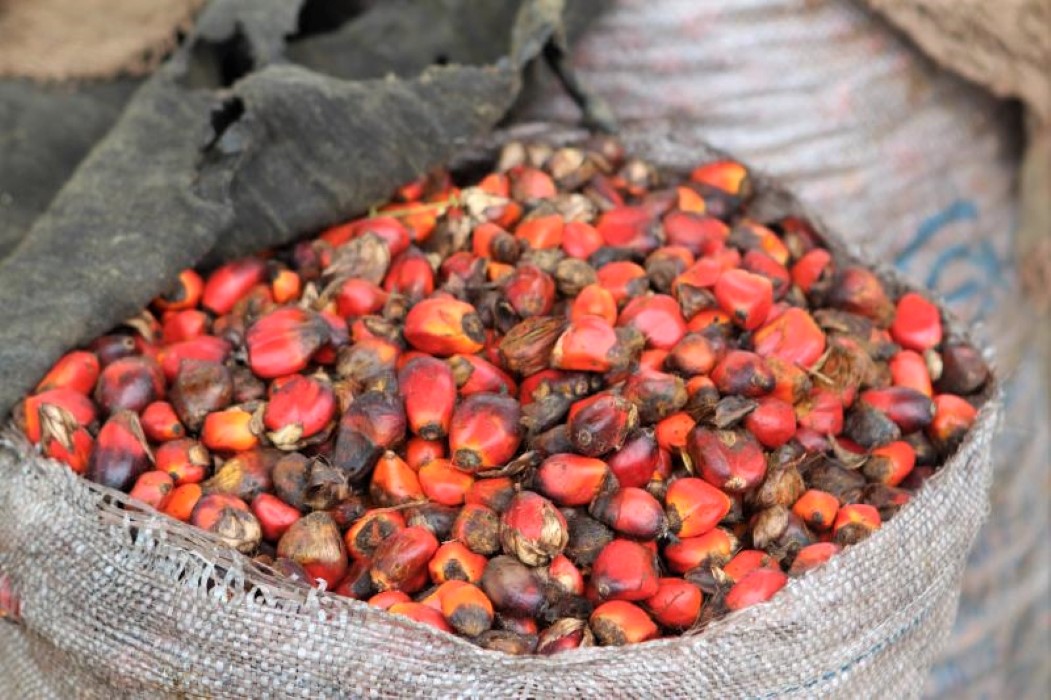 In this blog summarising his research in the newly published APRA Working Paper 54, APRA researcher Kofi Takyi Asante highlights both the historical importance and the future potential of the oil palm industry in Ghana. He outlines the findings from the paper, explains the political and societal factors that have prevented this value chain from reaching its full potential in the past, and provides insight on how the Ghanaian government can engage stakeholders and take advantage of regional and global demand for this commodity to improve the outlook for this sector moving forward.

The oil palm industry is of strategic importance to Ghana’s agricultural sector and the economy as a whole. It is the country’s second most important cash crop after cocoa and makes a key contribution to agricultural development. The agricultural sector employs over a third of the economically active population, and between 2013 and 2018, this sector’s average contribution to gross domestic product (GDP) was 21.6 per cent.[1] The contribution of oil palm to agricultural development can be further expanded if productivity in the sector is enhanced. Demand for oil palm has been growing in Africa and the world market, stimulated by the following factors:

This shows that oil palm has potential to greatly contribute to the country’s GDP. Additionally, the past few decades have witnessed an expanding demand for vegetable oils, with palm oil accounting for well over half of the global trade in edible oils. Between 1980 and 2008, global palm oil production grew from 4.5 million tonnes to 45.1 million tonnes, and in 2010, palm oil contributed 34 per cent to global vegetable oil production.

However, despite the strategic importance of the oil palm industry, the oil palm sector has consistently underperformed in Ghana and other West African countries. In 2010, West Africa produced less than 4 per cent of the global output. Within this regional picture, Ghana’s performance is even poorer, accounting for just 6 per cent of African crude palm oil supply. By contrast, Nigeria produces 46 per cent and Cote d’Ivoire 16 per cent of the African output.[3]

Palm oil production became politically important from the early decades of the nineteenth century. When the slave trade was abolished in 1807, the ensuing economic vacuum was filled by the so-called ‘legitimate trade’, consisting of the export of primary commodities like palm oil, groundnut, and ivory, and the import of manufactured goods from Europe. It thereafter became an important source of revenue for the colonial government but started declining after the 1890s, partly as a result of the rise of the cocoa as a major cash crop.

Government efforts to revive the sector since the attainment of independence has only yielded disappointing results. This was partly the result of the environment of political instability in which these policies where implemented. Military interventionism was rampant in Ghana from 1966 – when the Kwame Nkrumah government was overthrown – to 1980 – when the Hilla Limann government was toppled from power. Between these two events, the military overthrew five other governments, three of them democratically elected. The first transition of power from one democratically elected government to the other only occurred in 2001. These frequent abrupt changes of government affected the implementation of broad development plans, including specific policies targeting the oil palm sector. For instance, after the 1966 coup, the seven-year development plan of Nkrumah was abandoned, as was the two-year plan of Busia when he was overthrown.

Policy initiatives since the early 2000s have been focused on the opportunities arising from the regional and global demand for the commodity. By developing the oil palm sector, the government hopes to reduce the import bill on palm oil as well as reducing rural poverty by stimulating the agrarian economy. The focus on poverty reduction has motivated the policy strategy of targeting smallholders with inputs like seedlings and fertilisers. However, inadequate supporting infrastructure, weak marketing systems, and poor industry-wide coordination continue to frustrate such efforts. At the same time, political leaders prefer the distribution of targeted goods to smallholders because of its potential electoral payoffs.

However, the inauguration of the Tree Crop Development Authority (TCDA) in September 2020 has raised optimism among stakeholders in the oil palm economy. The authority, which is governed by a board led by the private sector, is expected to help coordinate the activities of all stakeholders involved in the six-crop value chains under its ambit. The TCDA is expected to generate an annual revenue of about $16 billion once fully operational.[4]

[1] ISSER (2019) The State of the Ghana Economy in 2018, Accra: Institute of Statistical, Social and Economic Research