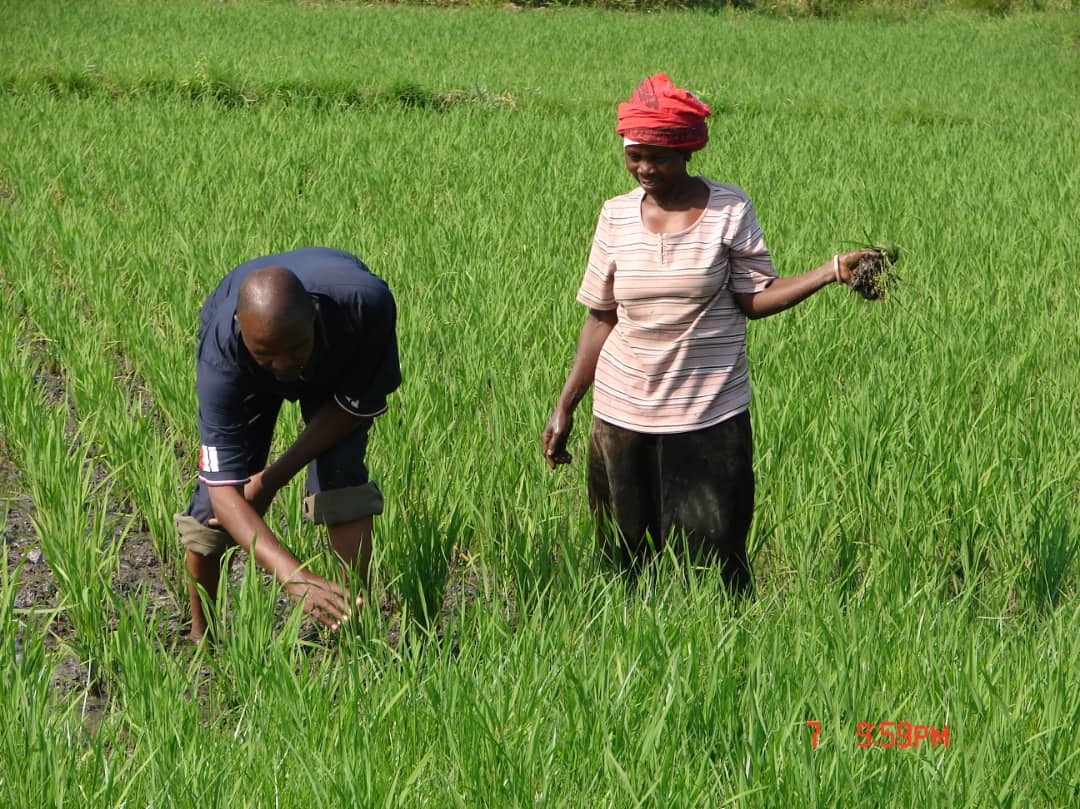 This blog summarises the findings of APRA Working Paper 57, as the authors discuss the policies, strategies and programmes implemented since Tanzania’s independence in 1961 to promote rice commercialisation and reduce poverty and food insecurity among smallholder rice farmers, and their impact on different socio-economic groups based on findings from literature review and key informant interviews.

Imports of rice into Tanzania have been regulated through import tariffs. These tariffs have been increasing over time with the aim of protecting local farmers from cheap rice imports. The tariff in Tanzania increased from 25 per cent, before 2005, to a common external tariﬀ of 75 per cent for East Africa Community (EAC) member states in 2005. However, the application of the official tariffs has not been consistent. Despite the official tariffs, the government has been issuing import permits and tariff exemptions to major importers to reduce consumer prices as rice is one of the preferred food staples among urban dwellers.

Export trade regulations have taken the form of export bans and export permits. Export bans have been in place since the 1980s and were formally lifted for the first time in 1999, following economic reforms in 1986. However, these bans re-emerged and gained prominence again in response to a sharp rise in global grain prices in 2007 and 2008. Export bans were finally abolished by the government in 2012 to honour Tanzania’s commitment to promote trade among EAC member states. Export bans were replaced by export permits which have to be obtained prior to purchasing, transporting and exporting a consignment of rice.

Major agricultural input programmes were pan-territorial fertiliser pricing policies, first introduced in 1970 and abolished in 1984 due to escalating government expenditures. In the 2002/2003 farming season, the government reintroduced the fertiliser subsidy in the four major maize growing regions in the southern highlands of Tanzania, despite resistance from donors. The subsidy was then expanded in 2005 to all regions in the country. In 2009, the World Bank decided to support the Tanzanian efforts to establish and expand the fertiliser programme. Such expansions included covering both rice and maize-growing districts in the country and extending the subsidy to include seeds, provided as a package with fertiliser through a National Agricultural Input Voucher Scheme (NAIVS). However, NAIVS was phased out in 2016 due to budgetary constraints and replaced by the bulk procurement system (BPS) for fertiliser in 2017, coupled with indicative fertiliser prices and subsidised credit from banks.

c. Southern Agricultural Growth Corridor of Tanzania (SAGCOT): SAGCOT was a public-private partnership programme launched in 2011. This programme sought to contribute to food security, reducing poverty and spurring economic growth through the development of a cohesive, modern commercial agricultural area in the “Southern Corridor”’

d. Big Results Now (BRN): BRN was launched in 2013 with the aim to fast-track development and achieve ‘quick wins’ in six priority sectors, one of which was agriculture. BRN targeted both smallholder and commercial agriculture, and included setting up collective rice irrigation and marketing schemes, as well as improving maize and sugarcane production.

e. National Rice Development Strategy (NRDS): NRDS was officially launched by the Ministry of Agriculture, Food Security and Cooperatives in 2009. This strategy sought to double rice output by 2018, to improve food security and rice exports to neighbouring countries. The second NRDS, launched in 2019, seeks to double the land planted with rice and double rice yields from 1.1 million ha and 2t/ha in 2018 to 2.2 million ha and about 4t/ha by 2030, respectively.

Socio-economic impact of the policies, strategies and programmes

Key findings that emerge from the review of literature and key informant interviews indicate that import tariffs and export permits have unintentionally exacerbated inequalities between different scales of actors and by gender and age. Social differences have become more pronounced in terms of access to resources, improved agricultural technologies and agricultural services. Specifically, large/medium scale, male and old farmers have had more access to resources than small-scale, female and young farmers, respectively. In addition, access to improved rice production technologies and agricultural services is greater among large/medium, male and old farmers than small-scale, female and young farmers, respectively. These disparities in access to resources, technologies and services have led to social differentiation.

In general, trade policies implemented concurrently with agricultural input subsidies and agricultural development programmes and strategies have not achieved the expected outcomes of increasing income and reducing poverty among smallholder rice farmers. On the contrary, they have created social differentiation and exacerbated existing inequalities between social groups in Tanzania.