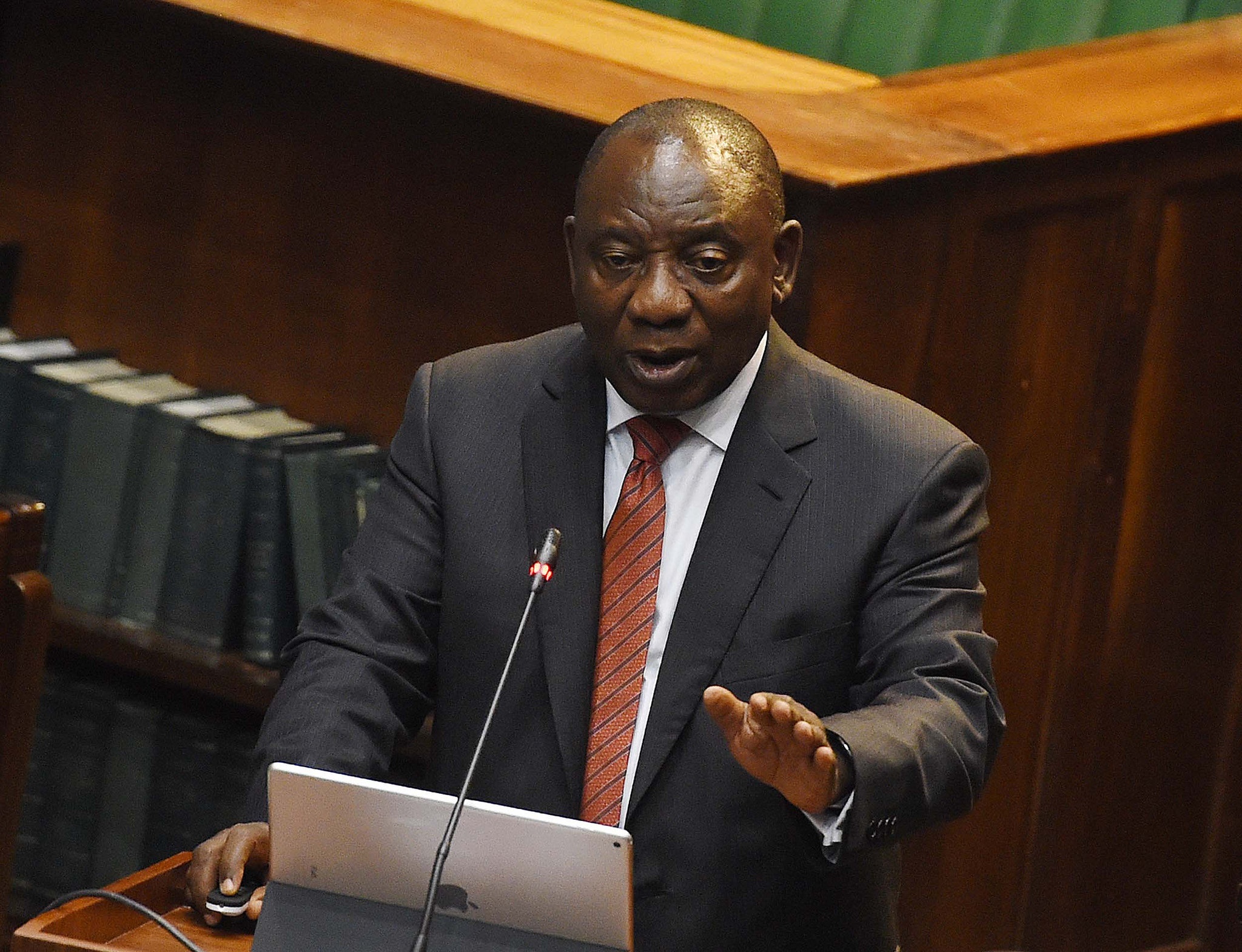 South Africa’s land reform policy is a mess. A combination of incompetence, poor policy and scandal have meant that there has been little progress in years. The parliamentary High Level Panel report effectively dissects the problems. But in recent days, the land issue, always bubbling under the surface in South Africa’s unresolved post-apartheid settlement, has burst into the limelight.

By announcing the intention to change the Constitution to allow for ‘expropriation without compensation’, the ANC has tried to steal the thunder of maverick radical Julius Malema and the Economic Freedom Fighters party. Last week a motion was approved in Parliament with the full backing of new president, Cyril Ramaphosa.

There has been panic and outrage. The white privileged classes are shocked. Sections of the international media are apoplectic. Capital has warned of the worst. The rand has taken a knock on the markets. And the newspapers and airwaves are full of vivid commentary of impending doom. And – yes of course – Zimbabwe is once again being deployed in South Africa’s political discourse as the example of how bad it can become. This is just like Mugabe’s land grab, which can only result in poverty and disaster. And on, and on, with all the usual myths and stereotypes being trotted out.

More sane commentary points out of course that this is more about political power plays than any big change. Listen to an excellent interview with Ruth Hall, and further commentary here and a useful round-up here.

Unlike the EFF, which is calling for land nationalisation, the ANC has made no mention of such a move. To allay fears, they’ve announced that expropriation without compensation would only take place only if food security and the wider economy was not threatened. Quite how this would be assessed is anyone’s guess.

And, in any case, as Adv. Geoff Budlender, the DG of Land Affairs from 1994, and many others point out, the existing 1996 Constitution in section 25(3) allows for expropriation anyway, with ‘just and equitable’ compensation. Any change therefore would be largely symbolic not substantive. Even Julius Malema says ‘no-one will lose their houses!’

The problem in the past has been that the ‘willing seller-willing buyer’ approach has been the policy default. This has meant a slow pace of change and high costs when ‘market prices’ are paid, as in the notorious R1 billion originally proposed payout in the Mala Mala case. Shifting the balance towards expropriation, away from only a reliance on the market may change the dynamic of land reform for the better. Debates must follow as to what just and equitable compensation would be. Sometimes it will be zero; in most cases not.

One of the foci for outrage and panic has been the presumed assault on the unassailable ‘property rights clause’, a key element of the negotiated settlement of 1994. In South Africa, this is an ideological lynchpin; an almost religious conviction that the world would collapse if there was any change in freehold property rights. Again, as discussed many times on this blog before, these arguments are replete with myths; ones that keep being repeated in Zimbabwe. For example, see these recent pieces by John Robertson and Eddie Cross, offering textbook repetitions of the same problematic arguments seen in South Africa in the past weeks.

Under the new proposals, a framework of property rights would continue to exist but the conditions would change, just as they have in Zimbabwe. A new post land reform framework can continue to be the basis for investment, finance and successful agriculture. Indeed, as it does in many other parts of the world without the weird hang-ups that are the legacy of southern Africa’s settler past.

It is this past that is swirling around the debate in South Africa. Race, white privilege and the unresolved questions of redistribution following the end of apartheid are all central. As Ben Cousins points out, those who are suffering the most from expropriation without any hint of compensation are poor blacks in places like Kwazulu Natal, where chiefs, holding state land in trust in the communal areas, are complicit in massive expropriation for mining, housing and other grabs. This seems not to be part of the debate, as it’s framed as an assault on historic white privilege.

Seen through this lens, the pleading of the (mostly) white farmer lobby or the business community is simply an argument for continuing special treatment that started with colonialism. The big mistake of their Zimbabwean equivalents from the 1980s, and particularly in the late 1990s, was the abject failure to accept that change was long overdue and then not engaging with the process fulsomely and positively, so shifting the narrative.

With the Motlanthe High Level panel report out, a political debate raging and a new president, this should be the moment in South Africa to change the discourse on agriculture and land reform, after so many years in the doldrums.

Unlike in the 1990s in Zimbabwe, this must mean everyone engaging in a national dialogue. One of the best contributions in the furore last week in South Africa was from Sue from Somerset West who called into Eusebius McKaiser’s talk show, proclaiming emotionally that not all whites are against land reform, and that grappling with white privilege is vital. A brave and powerful intervention.

The lesson from Zimbabwe for South Africa is not that land reform is a disaster. Far from it – it is essential for economic renewal and central to moving on from the past. Agrarian reform in post-settler economies must deal not only with economic reconfiguration, but also fundamental changes in institutions and outlook for a new era.

Hopefully this is the moment for South Africa – at last – to confront these tough transitional issues, now 24 years on.

Thanks to Ben Cousins and Ruth Hall for sending on links. Photo from flickr, CC via Government ZA