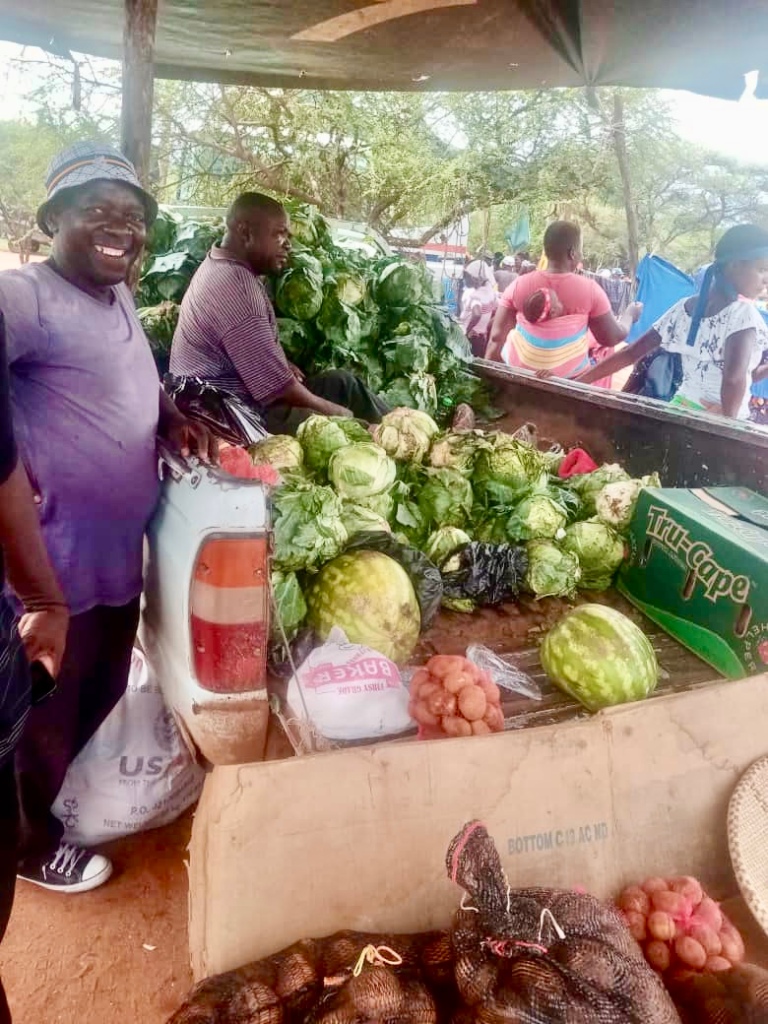 This blog was written by Ian Scoones and originally appeared on Zimbabweland.

The Omicron wave peaked in Zimbabwe just before Christmas. With people moving about for the festive season and large numbers coming back from South Africa and elsewhere for the holidays, the fear was that the spread would be dramatic, with devastating consequences. Border restrictions were maintained, curfews imposed and the lockdown was extended.

As we reported in our last blog on 20 December, many had already reported that the infection was proving relatively mild, a finding subsequently supported by hospital evidence from South Africa, the UK and Denmark. And, just as the spread of Omicron was dramatic and fast, its decline has similarly been sudden, although cases still persist. Across our sites in the last few weeks, multiple cases have been reported, but way down on the situation a few weeks back. No deaths have been recorded in our sites in the past weeks. A few of our agricultural extension colleagues went down with Omicron around Christmas, but they all isolated and quickly recovered.

Although Omicron presented more uncertainties to contend with for the holidays, people across our study areas reported that they were not going to be put off. People were in a festive mood, relatives had returned after a long gap and there were parties to be had. Many large gatherings were reported, including the return of large church services. In towns and business centres large crowds gathered, bars were open and there seemed to be little social distancing, there was reduced mask wearing and people were sharing calabashes in communal drinking sessions.

The now familiar ‘bakosi’ markets were in full swing across our study sites, especially in locations further south. These sprawling open air markets usually operate once a week and sell everything from food to clothes to hardware and more. Huge numbers attend, perhaps several thousand at times, and of course are potentially major infection hot spots. But they also serve important economic and social functions: they are places to gather, to meet people, to exchange ideas and goods, and are now an essential part of rural economic life, and no matter what the potential risks people were not keeping away over the holidays.

Despite the caution of the public health authorities, the people were not going to let the virus get in the way of a holiday mood or the need for business. Fear had receded of COVID, perhaps because of the experiences with Omicron in the previous weeks of relatives and others both in Zimbabwe and South Africa.

As we have reported many times before, local remedies and home treatments have become the way people have coped. People fear quarantining and forced isolation now more than the disease. Because Omicron presents differently – more ‘flu-like symptoms, with a combination of nose and throat congestion and a dry cough, rather than the impact on breathing and the chest as in previous waves – the treatments have changed.

The most recent, circulating widely on family Whatsapp groups, is a concoction of Coca-Cola and chilli, which is supposed to work wonders. Others reported include a mix of lemon, cooking oil and onion. And of course the full array of other herbal treatments we have discussed on this blog before. The important point is though that with an effectively new disease in Omicron, with different symptoms, people have experimented, learned and shared new remedies – literally in a matter of weeks.

Nurses in clinics across our sites reported that it was a busy time over the holidays, but many were not coming to the clinics if they thought they had COVID as they feared quarantine. They would prefer to treat themselves at home, while self-isolating. Having a variety of treatments to hand people argue, is a more effective response. It seemed that the nurses (informally) agreed as they noted the problems in the public clinics.

Meanwhile, public health interventions continue focusing on vaccines. There was a big spike in vaccine take-up in the rural areas over the holiday period. This was apparently due to people coming home from town, and choosing mobile rural clinics over the urban ones where they normally live. The rural alternatives were quicker, easier and more accessible it seems. Even diaspora relatives took up the opportunity, and many younger workers from town were persuading their parents and others to join them at the clinics.

During the pandemic a network of health professionals has emerged to support rural people’s response to the disease. These include of course the doctors, nurses, vaccinators and village health workers, part of the public health system, but the wider health system also includes herbalists (those with specialist knowledge of particular herbs), n’angas (spirit mediums with treatment powers), and family based health specialists (often individuals within a wider family recognised as especially knowledgeable). And supporting them there are the wide range of collectors of herbal products, those who process them and the vendors who sell them, often with street advice on how to prepare presses, teas or other concoctions.

A plural health system has therefore emerged, partly out of necessity as the public system is inadequate, but partly out of the need to respond in a diversified way, recognising that many people have expertise in a fast-changing pandemic setting, and there is no one right way, especially as the virus changes. With such a plural system, innovation, learning and sharing can happen quickly and effectively. Some of the remedies may not work that well, but others might, and people will respond accordingly.

In March 2020, right at the beginning of the pandemic, in the first contribution of this now long series on COVID responses in rural Zimbabwe, we argued that rural Zimbabwe might offer some level of resilience, having been able to manage turbulence and uncertainty of different sorts for many years, despite the obvious ‘fragility’ of the state. Resilience is not a single property; it is relational based on how people, individually and together, respond to unfolding events. This requires flexibility, responsiveness and collective sharing. As we have seen now over nearly two years, these are all features that have been central to rural Zimbabwe’s (largely informal) pandemic response.

Thanks to Felix Murimbarimba and the team in Mvurwi, Matobo, Chikombedzi, Masvingo and Gutu for contributions to this blog.