Moving up, or out? The political economy of agricultural value chains and commercialisation in Africa 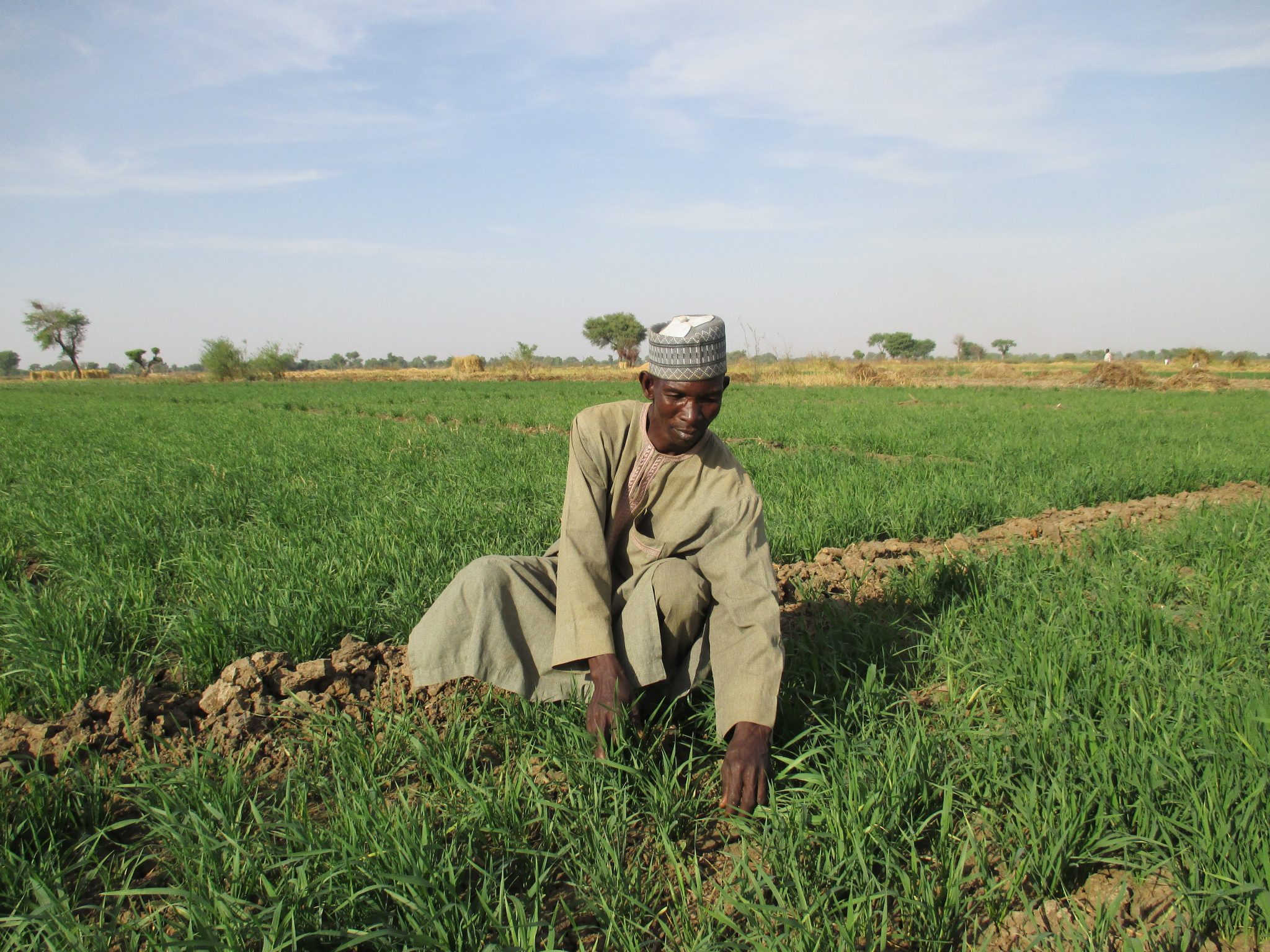 Some initial – and selective – reflections on 11 case studies of agricultural value chains and commercialisation across sub-Saharan Africa demonstrate that the policy choices to promote a value chain depend, to a large extent, on its importance to the most powerful. This includes the ability of a value chain to generate, accumulate and distribute resources. The case studies thus give insights into the various ways in which politics play a role in facilitating or hindering the development of the value chain. This blog explores the findings of these papers, a synthesis of which is presented in APRA Working Paper 87 and Policy Brief 34.

The starting point for these studies, that were carried out as part of APRA over 2020-21 in six countries, was the (perceived) political importance of a crop in the country’s political settlement. The six countries and their respective value chains included: Ethiopia (rice), Ghana (oil palm and cocoa), Malawi (groundnuts), Nigeria (maize, cocoa and rice), Tanzania (rice and sunflower) and Zimbabwe (tobacco and maize). Using a political economy framework, we asked the following questions: What and who are the drivers and obstacles to commercialisation? What and who decides the particular commercialisation pathways? And, ultimately, who wins and who loses? In the following, we outline examples from contexts where governments were grappling with commercialisation challenges, amidst challenges brought on by climate change, as well as the fallout from the still unfolding COVID-19 pandemic.

The country contexts are very varied, comprising a mix of coastal and landlocked settings, as well as a combination of crops for domestic and export markets. Of the 11 value chains studied, some were mainly for the domestic markets (e.g. rice in Ethiopia), others are major export crops (e.g. cocoa in Ghana and Nigeria; palm oil in Ghana; and tobacco in Zimbabwe). In between, there are a wide range of more hybrid value chains providing for domestic and export markets. Key external factors, such as the COVID-19 pandemic and climate change, as well as responses to them, have had wide reaching consequences, many of which are still unfolding.

Some of the value chains are thriving, others are struggling. Yet others have been through a long decline with a recent promising resurgence due to a combination of policy intervention and exclusively contingent factors, such as the emergence of lucrative cross-border informal markets. Climate change represents a looming challenge and threat to many value chains, most visibly to their productivity potential, affecting mainly impoverished smallholder farmers who can ill afford mitigation measures such as crop diversification, use of improved seed that are disease and drought tolerant, and irrigated farming using either modern equipment or simply access to rich and fertile wetlands.

COVID-19 has added further obstacles. For example, the challenges in the cocoa sector in Ghana were exacerbated by the pandemic through closure of land borders affecting migrant labour supply from neighbouring countries, and farmers’ access to (imported) inputs. The border closure also made it difficult to transport goods to other African countries. For rice in Ethiopia, the lockdown and fear of the pandemic were major challenges, while the increasing demand for food benefited producers and processors. The cocoa value chain has been affected by the shrinking export market in Europe and other importing countries. Movement restrictions have, in many cases, meant that farmers are not present throughout the marketing and auction processes; the end result has been higher consumer prices and increased producer profits, with some farmers engaging in speculative activities to further enhance profits.

The studies demonstrate that different actors’ engagements in various processes within the value chains culminate in some winning and others losing. One of the key issues relates to the administration of subsidies: from Ghana to Zimbabwe, the story of subsidies show how they are often justified as a means to boost agricultural production by specifically targeting impoverished smallholder farmers, while ending up being captured by the strategically, politically-connected elite – such as traditional leaders, local level bureaucrats and business people – for their own gains. Policies that do not offer these opportunities may be downplayed or ignored. Winners or losers result from how various policy instruments are implemented, such as whether and how subsidies are deployed, and the underlying dynamics of elite capture, patronage and corruption. These processes culminate in social differentiation, especially among smallholder farmers, which presents obstacles for the value chains to realise their full potential.

For example, in Nigeria’s maize value chains, input subsidies focusing on fertiliser and seed have been captured by the private sector and are poorly targeted and implemented. High demand for maize for food and feed have attracted unfair politician involvement to extract supernormal profits; regulation of maize imports through export bans and the associated informal cross border trade to the benefit of the politically connected and influential individuals; and each regime prioritises the implementation of a new set of policies that promote rent extraction at the expense of continuity that even the policies of their predecessors were generally working. All these culminate in marked social differentiation that manifest heavily between men and women, especially in terms of their ability to cultivate maize on a profitable scale and benefit from informal cross border trade, which is more lucrative than the local maize trade.

In the case of Malawi, the groundnut value chain has experienced notable recovery in terms of productivity, but remains primarily informal and struggles to re-enter the lucrative and formal global export markets. Progress towards the possibility of establishing structured markets has stalled completely, perhaps because the results show that some policymakers are profiting from the impasse, with some exporting their share of crops through shady deals. This, perhaps, explains why the condemnation of the informal groundnut export trade, coordinated and dominated by the Burundians, does not translate into any concrete policy action to dismantle or regulate it.

In Tanzania’s sunflower value chain, its commercialisation increased cropping area, taking over some traditional grazing land, such that land for livestock has become very scarce in many villages. This has led to changes in the institutional framework for managing livestock, forcing large owners to redistribute their herds to poorer neighbours as caretakers. This, in turn, has meant that poorer households and women, especially female-headed households, are less able to benefit from sunflower commercialisation themselves.

These value chain studies clearly demonstrate that the nature of a country’s political settlement matters in either facilitating or hindering a value chain’s prospects for developing its full potential. The more a value chain is amenable to profitable rent extraction, the more likely it will be captured by key elites for personal and political gains. Value chains that are largely export orientated are more susceptible to this sort of capture than those that are domestically orientated, except for cases where they are very important for national subsistence.

These studies further show that domestic political, economic and social forces are far more important than external forces in determining a value chain’s prospects. However, the role of external forces remains important, especially when it comes to policies. But these studies highlight that domestic actors – notably politicians and policymakers – are extremely adept at appropriating policies and implementing them in a way that services, primarily, their own personal interests. The case of Tanzania (rice) shows how this might affect tariff policy implementation, often to benefit politically connected and influential individuals.

A further key finding of these studies is that emerging issues, particularly climate change and COVID-19, are exerting added challenges to commercialisation efforts. COVID-19 is, in many ways, a double-edged sword: it has created opportunities for some, as well as daunting challenges for others. The poignant fact is that its adverse effects are disproportionately affecting the poor and marginalised sections of the population, with the majority moving in and out of poverty depending on the severity of the impact. In all, the combined negative consequences of elite capture of the value chains in various forms, climate change and COVID-19, have deepened and broadened social differentiation across all six countries. The main victims are the poor smallholder farmers, particularly youth and women, which makes the aim of inclusive agricultural commercialisation almost impossible to realise.

To learn more about these political economy papers, read the blogs written by their authors here: