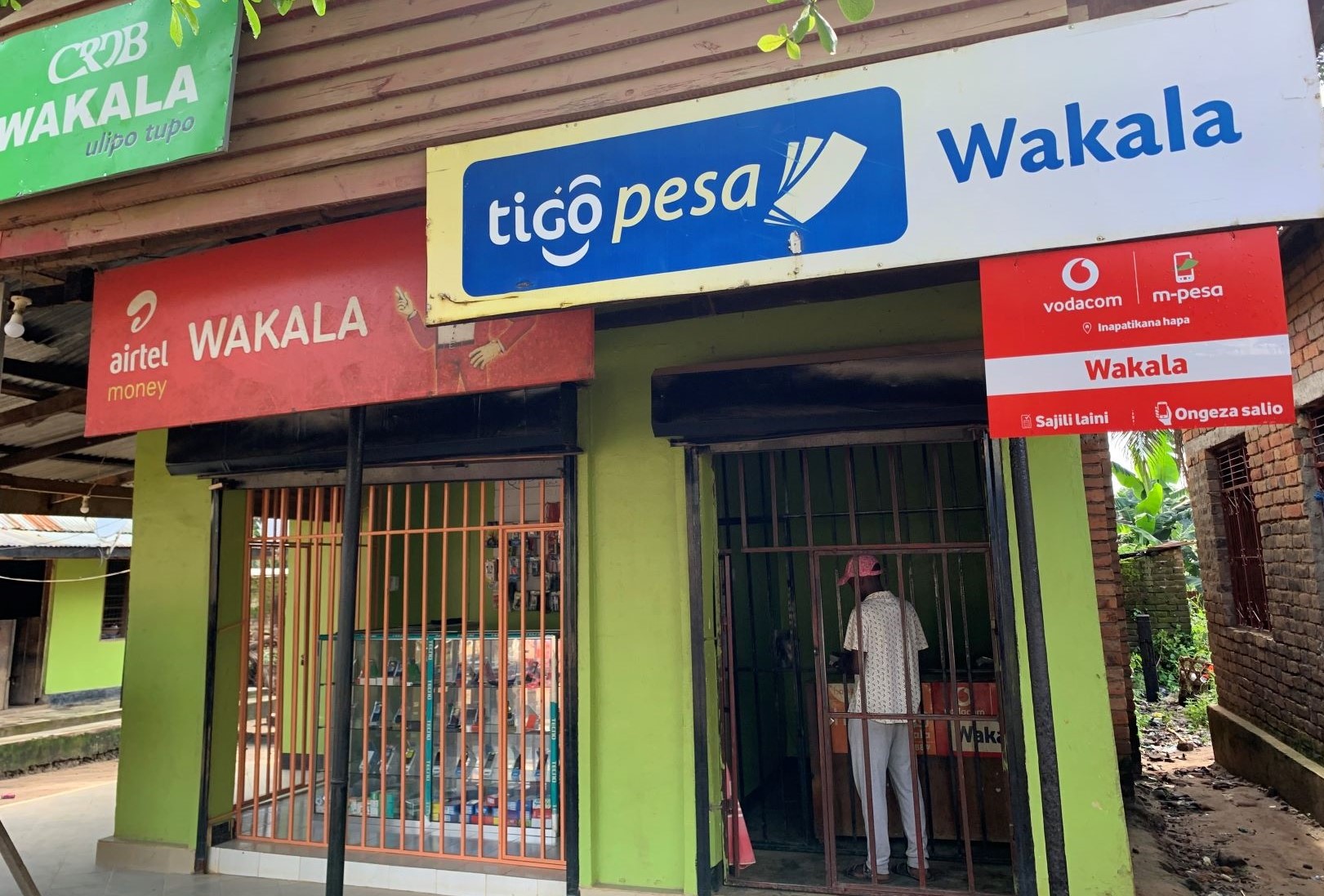 Agricultural commercialisation is generally said to occur when an increasing number of farmers use more purchased inputs and they sell a larger share of their harvest.  In Mngeta division, Kilombero district, where rice is the main food and cash crop, production has been rising with time, facilitated by various factors, and so has the share of rice sold, hence rising commercialisation.  Both the rising purchase of production inputs and tools, and the purchase of paddy and rice after harvest means that lot of money changes hands, between traders and farmers after harvest, but also between input suppliers and farmers input suppliers during the planting season.  This is where mobile money services come in.

In the past (prior to 2010), most of the transactions for goods and services related to rice production and marketing had to be done on a cash basis.  Rice traders in particular had to travel with large sums of cash, sometimes falling prey of unfaithful people during the duration of their stay.  Mchombe village, the headquarters of Mngeta division does not have any bank services to date.  But due to the increasing number and capacity of mobile money service providers, rice traders and other businesses now feel safer to undertake transactions related to buying paddy and milled rice.  Other traders who supply agricultural inputs and general merchandise also regularly use mobile money services.  They do not have to carry bank notes and their money is safe in their mobile phones, ready to use when it is required since mobile service providers are present in almost all villages.  These services are promoted by the government to improve financial inclusion, which stood at 65% in 2017, according to a FINSCOPE report, a nationally representative survey that provides an overview of the financial behavior of Tanzanian adults,16 years or older, on how they generate income and manage their money.

The FINSCOPE report for 2017 shows that the proportion of Tanzanians who have access to financial services and use financial services in the country (mainland Tanzania and Zanzibar) increased from 58% in 2013 to 65% in 2017. The report indicates that 63% of adults in Tanzania own mobile phones and 80% live in a household with a mobile phone.  Meanwhile, 78% of adults live within a five kilometer radius from a formal financial access point such as a bank branch, Saving and Credit Cooperative Society (SACCOS) and mobile money agents.  Mobile money operators are categorised as non-bank financial institutions, standing out as a formal financial service with the widest reach, but also a service with the most frequent use; growing by 10% from 50% between 2013 and 2017.

What services do clients get and use?

Data collected in 2017 from 537 households during the first wave of work stream one (WS1) of the APRA study in Mngeta division in Kilombero district shows that majority of respondents (94.1%) used the service for receiving money, followed by sending (88.3%).  Only 7.6% used mobile money for paying bills while 1.7% used it for other purposes such as savings like M-pawa and buying airtime.  In February 2020 when collecting data for the second wave of WS1, it was evident that the number of mobile money service providers had increased, a good indication that the number of clients and the volume of business has risen, and the trend appears to continue.

According to one mobile money service provider in Chita village, transactions reach a peak during the period of harvesting paddy, when traders come from all over the country and even from neighbouring countries to buy rice.  Recently, business has also increased during the planting season due to the increasing use of agro-chemicals, especially herbicides and fertiliser.  Even the demand for improved rice seed (SARO5) has gone up such that this farming season (2019/20) suppliers run out of seed as more farmers adopt intensive rice production technologies.  Other traders of consumer goods and services that are purchased by farmers, and other people in the study, area also use mobile money services regularly.

Financial inclusion through mobile money services is therefore another important factor facilitating agricultural commercialization, not only in Mngeta division but in Tanzania.  The main challenge related to these services include high transaction costs.  Hopefully such cost will go down as the technology improves and competition among service providers increases.