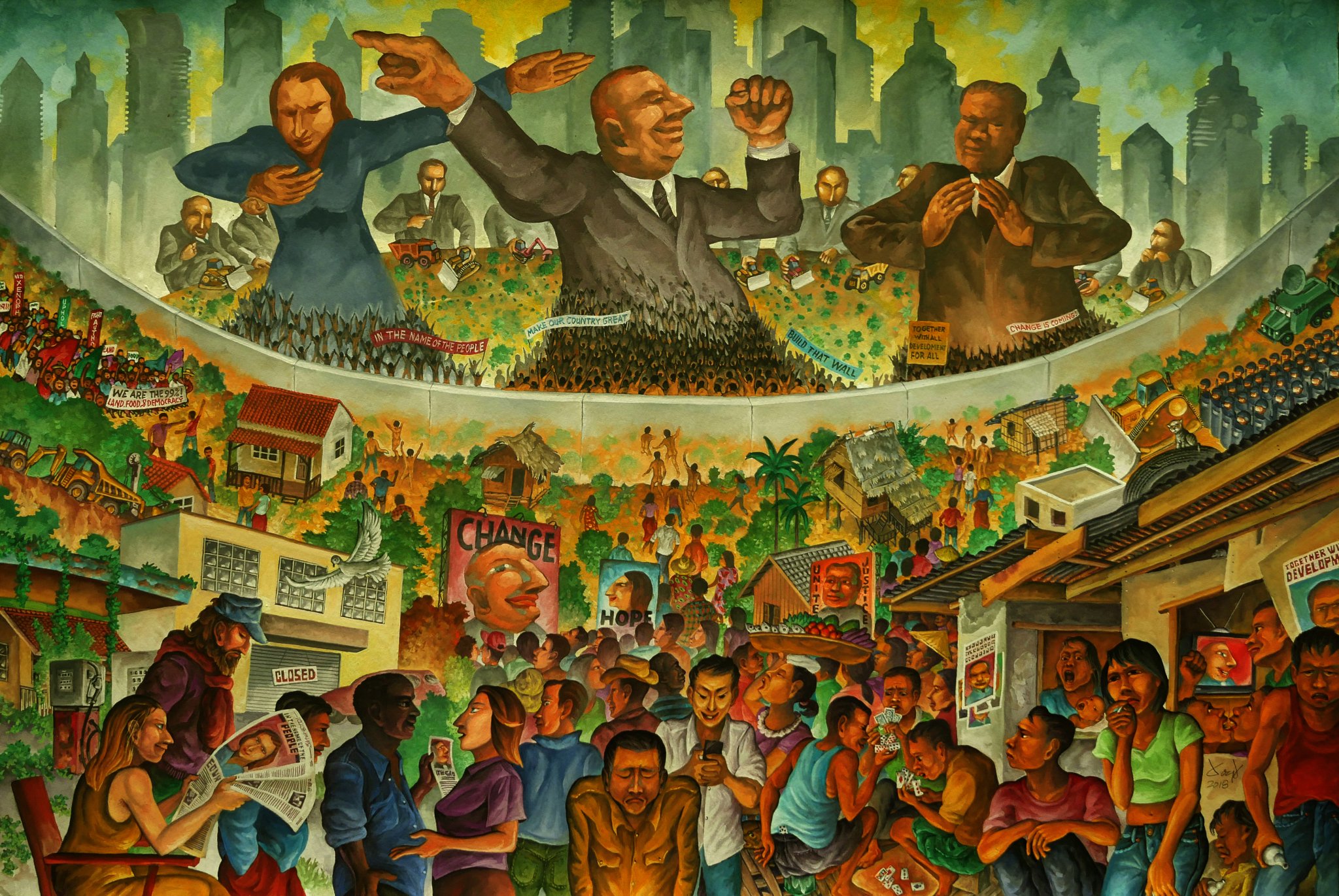 Last week I was at an amazing gathering at the ISS in The Hague, which brought together nearly 300 activists and academics to discuss the origins and implications of authoritarian populism. A short reflection on some of the themesemerging was published this weekend in openDemocracy.

Whether in the form of Duterte or Trump, Maduro or Mugabe, Modi or Erdogan, the rise (and sometimes fall) of authoritarian regimes with populist, sometimes religiously inflected, often militarily enforced, is evident all over the world.

In the build up to the event, we published a series of articles on openDemocracywith cases from India, the US, Myanmar, Brazil, Indonesia, Colombia and South Africa. The parallels are striking, although the contexts and political implications are very different. Do take a look. More from Russia, Guatemala and Colombia are coming soon!

The focus of the Emancipatory Rural Politics Initiative is the rural and agrarian dimension. Much debate has focused on urban metropolitan areas, yet the support for many authoritarian populist leaders is rural, and the consequences of neoliberal neglect, extractivism and resource grabbing is keenly felt.

Among the 80 odd papers prepared for the event (all available via the Transnational Institute, one of the co-hosts), there were quite a few papers from Africa, including several from Zimbabwe. How does Zimbabwe fit within this wider picture? Not obviously is the short answer.

Mugabe’s economic populism was well known, with land reform the centre-piece, and anti-democratic, often militarised authoritarianism has always been central to ZANU-PF’s political culture. Yet, Mugabe’s anti-imperialist rhetoric and socialist flag-waving did not put him in the group of regressive right-wing regimes.

Indeed one of the ambiguities of the term, authoritarian populism, is the difficult match to the now outdated categories of left or right. With liberation movement parties still in power in southern Africa, a particular form is evident. Former president of South Africa, Jacob Zuma, had a well-honed populist streak, but maintained control by leveraging power in different ways through a ‘captured’ state. Julius Malema the firebrand Economic Freedom Fighters opposition leader is the supreme populist, with often extreme authoritarian tendencies.

It’s not surprising given their histories that both in Zimbabwe and South Africa, land is central to the populist discourse – linking in turn to nationalist narratives and liberation struggle commitments. With debates about ‘expropriation without compensation’ this has risen to a higher gear in South Africa, and parallels (usually wildly inaccurate) with Zimbabwe are frequently made.

Now with Zuma and Mugabe gone, what are we to make of Ramaphosa and Mnangagwa in this frame? Both have been spouting populist promises in their first months in power, but this is fairly standard political fare, and large pinches of salt are recommended. Both also appear to be committed to a business-friendly, open investment economic position. Both countries are ‘open for business;’ presumably including both leaders’ businesses, of which there are many.

It is too early to see whether a new state project is being cultivated, and whether this could be described as ‘authoritarian populism’, as Zuma and Mugabe clearly were, although with very southern African flavours. Key will be to understand the nature of underlying power, and how accountable this is. Neither have faced national elections as yet, so we don’t yet know how popular the populist pleading will be. While South Africa’s democratic roots run deeper, the concerns validly expressed about the military influence in Zimbabwe are real.

Much discussion of southern African politics – and perhaps especially Zimbabwean – is rather insular. However, the intersections of authoritarianism (in various forms) and populism (also with many dimensions) is a phenomenon across the world. Reflecting on other settings may help us understand how military muscle and populist promises mix and match in the Zimbabwe setting. It’s often not a pretty sight.

Effective resistance and opposition mobilisation with new styles of emancipatory politics are needed to counter authoritarian populism globally, but currently in Zimbabwe this doesn’t look likely, as in its early days Nelson Chamisa’s MDC seems to be exhibiting some of the worst authoritarian populist traits, this time with an evangelical Christian religious tinge.

As the election year in Zimbabwe unfolds, making sense of the new politics will require some new lenses, and different responses. Thinking about authoritarian populism and how to confront it across the world may help focus thinking in Zimbabwe, so do check out the many materials emerging from the ERPI.

Illustration is by Boy Dominguez produced for the event, titled Populismo