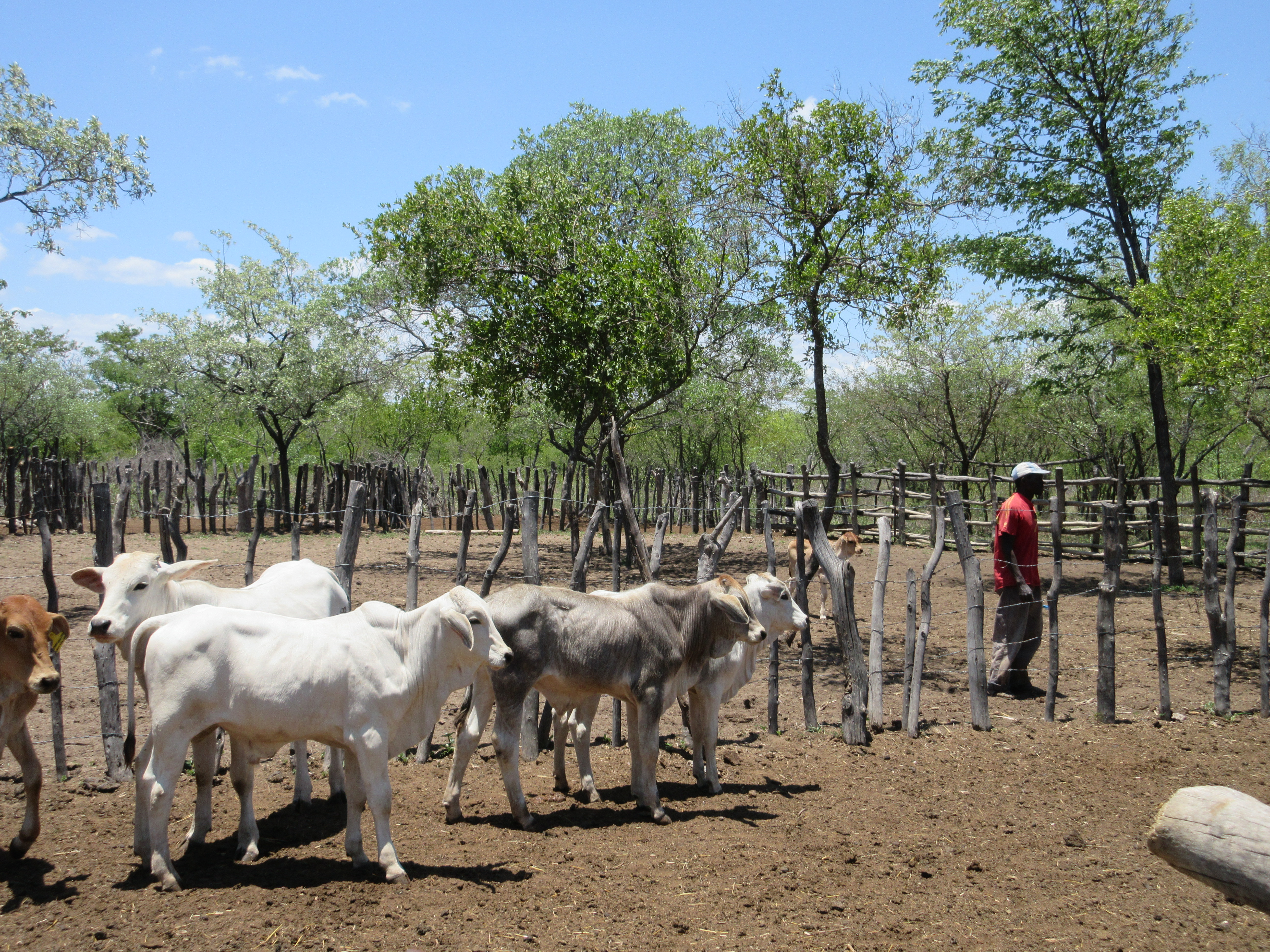 ‘Medium-scale’ farms are seen as potential drivers of future agricultural growth in Africa. In Zimbabwe, much hope is vested in A2 farms allocated at land reform becoming productive, with hopes pinned on investment following the election. The A2 farms, averaging around 100 ha in extent, will be a major focus of policy attention in the coming years, as attempts are made to resuscitate the commercial sector. These are also the areas where the political-military elite now firmly in power own land, and there will be multiple political and economic incentives to invest in the A2 land reform areas.

But what will be the future of such medium-scale commercial farms? Can we look to historical experience to suggest possible trajectories? What will happen to the A2 farms several generations on? Will we see a progressive evolution of increasing commercialisation and investment driven by market forces as is sometimes assumed, or will a greater diversity of outcomes arise, as chance, necessity and contingency play their part? A new paper is just out in the journal Africa (open access) that asks these questions.

The paper draws on an historical and contemporary assessment of what were called ‘native purchase areas’ in Zimbabwe. These were medium-scale farms in todays’ parlance, established for black farmers by the colonial government from the 1930s. Through a study of Mushagashe area, we asked what’s happened since, and why?

A number of recent studies have documented the growth of ‘medium-scale’ farms across Africa, from Ghana to Malawi to Zambia to Kenya. ‘Investor farmers’ – local rural elites, retired civil servants and urbanites wanting a rural base – are creating a new dynamic as land markets – both formal and informal – emerge, and rural traditional leaders, government officials and others get involved in the process, accruing personal benefits along the way.

This redistribution of land towards a new elite results in processes of land dispossession and rural proletarianisation, but also investment, skill development and economic linkage effects between new medium-scale farms and the smallholder plots that surround them. Despite the negative consequences for some, many view this dynamic as the future: a ‘structural transformation’ of the agrarian setting, offering opportunities for growth and investment.

In Zimbabwe, the land reform of 2000 created a category of medium-scale farms – the A2 schemes. Around 25,000 such farms were allocated, ranging in sizes from around 20 ha (especially with irrigation) to over 500 ha, in dry areas. Like in other neighbouring countries, this has resulted in a new agrarian structure, complemented in Zimbabwe’s case by a massive increase also of smallholder agriculture.

The new A2 farmers have a similar social and economic profile to elsewhere: urban connections, business people, retirees, and they are also often well-connected politically. Unlike elsewhere, however, the new A2 farms did not emerge from a land market, but from direct allocation by the state, subdividing large-scale commercial farms and estates. Although allocations were notionally done on the basis of a formal application process, including the submission of a business plan and a vetting of applicants in terms of qualification, capital availability and investment ideas, this often didn’t happen. Instead there was a well-documented pattern of corruption and patronage, especially around election times, when politically- and military-connected elites grabbed farms.

The result has been a mixed set of outcomes for A2 farms. Some have done very well, investing and producing; many though have not, and the farms are languishing. Very often this is due to the lack of capital and finance, which has not been forthcoming due to lack of collateral security. The process of issuing 99 year leases has been painfully slow, and for a variety of reasons the banks have been reluctant until recently to accept them as guarantees. The general lack of liquidity in the economy due to recurrent crises has also hampered investment.

The recent studies of medium-scale farms across Africa have focused on farm structure (in the MSU studies they have taken a huge range of sizes from 5-200 hectares to represent this group) and who owns the farms, and largely not their fortunes as productive enterprises, patterns of investment and long-term viability. Our new studies under the DFID-supported APRA (Agricultural Policy Research in Africa) programme, which is linked to a set of MSU studies led by Thom Jayne, is looking at A2 farms: investigating their sizes, ownership patterns and through some detailed surveys in Mvruwi and Masvingo, investigating both production and investment.

Most post-land reform studies have focused on the A1 smallholder farms (appropriately so, given they are the majority), so this will be the first in-depth assessment of the A2 farms, beyond very selective audits carried out by the state a decade or more ago. This will help us understand whether the dynamic in Zimbabwe, generated by the A2 allocations in land reform, replicate or contrast with, what has been found in other countries in the region.

In addition to this study, our work has been looking at longer-term histories, and a previous allocation of ‘medium-scale’ farms (also averaging 100 ha) from the 1930s in Zimbabwe. These are the Native Purchase Areas and an earlier blog series has highlighted some of the findings already. Our new open access paper in Africa synthesises and extends the analysis, based on Mushagashe small-scale commercial farming area near Masvingo.

Our findings show that unbridled optimism (or indeed pessimism) about the future of medium-scale farms is unwarranted. The MSU studies from across Africa have spotted an important shift in size structure, but they tell us little about the future. The idea that there is a linear evolution of farm systems from smallholder to medium-scale to large-scale commercial, as land areas consolidate and market forces drive comparative advantage, needs to be challenged.

The big debates about structural transformation in agriculture currently being revived in agricultural economics are often starkly ahistorical. They assume simple, unidirectional evolutionary change as incentives shift. But there’s a lot else that goes on besides. When we look at history in detail – as we did for Mushagashe, but more impressively Sara Berry did for Kenya, Ghana, Nigeria and Zambia – we see that commercialisation doesn’t happen like this. There are stops and starts, booms and busts, generational changes, policy shocks and so on. History is about contingency, conjucture and chance, not predictable, linear evolution.

As we found in Mushagashe, 80 years on some farms were thriving; others had been but were languishing now; others had plans for the future, but weren’t getting going; while others had been abandoned, or were in the process of being so. Still others had different views of the land: this was home, somewhere to seek refuge from ‘communal area’ life, or where other family members could be settled, in what, over generations, had become more like villages than conventional farms.

Commercialisation we found wasn’t a one-size-fits-all phenomenon. For some it was the classic pattern of increasing external inputs, greater deployment of labour and higher, more marketed outputs. But for others commercialisation was selective: in projects run by particular family members, or in particular plots, where water was available.

While history cannot predict the future, it can help us ask questions about what might be. And the Native Purchase Area lessons documented in the new paper suggest that it is unwise to be too gung-ho about the future of medium-scale farms in Africa. The restructuring of farm sizes we are seeing now will have many outcomes, and the sort of processes that unfolded in Mushagashe since the early 1930s will likely play a part in creating a wide diversity, both in the A2 farms and in other medium-scale farms in the region.

*Ian will be presenting at the upcoming ASAUK 2018 Conference, to be held at Birmingham City University from 11-13 September. Read more about about APRA’s participation at this year’s conference here.