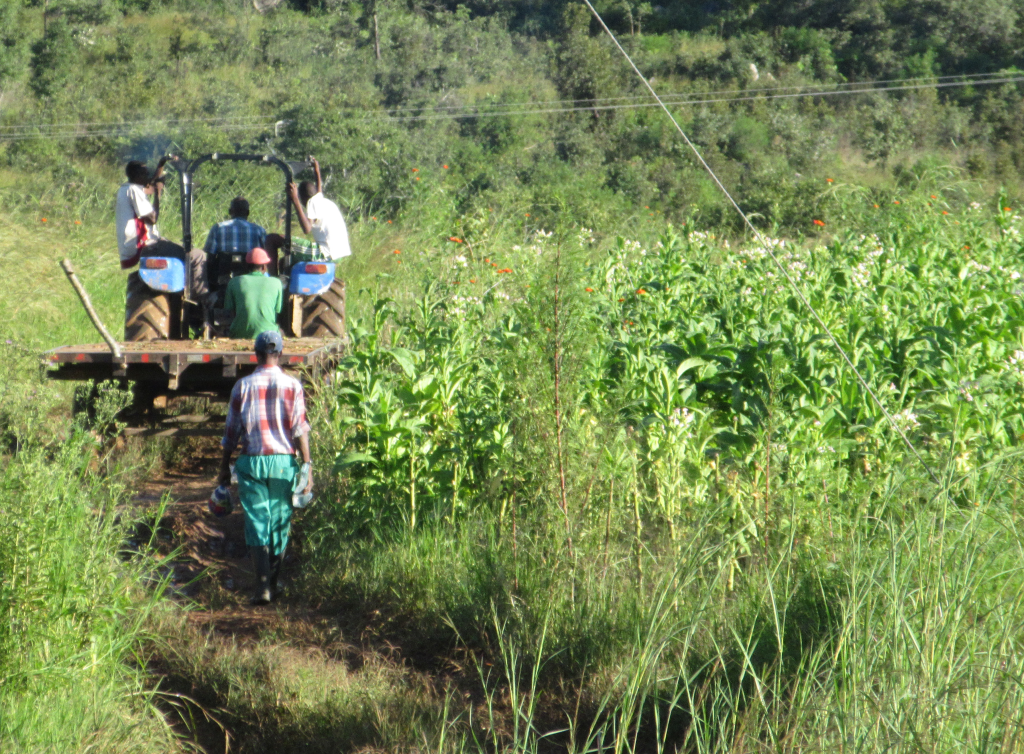 We have a new open access paper out in the Journal of Modern African Studies – “Medium-scale commercial agriculture in Zimbabwe: The experience of A2 resettlement farms”. Contrary to assertions that A2 medium-scale farms allocated during the land reform are largely occupied by ‘cronies’ and that they are unproductive and under-utilised, a more differentiated picture emerges, with important implications for policy and the wider politics of Zimbabwe’s countryside following land reform.

The paper is based on in-depth empirical studies in Mvurwi (a higher potential area to the north of Harare) and Masvingo-Gutu (in the drier south). The findings are important as they show ways forward for supporting the revival of commercial agriculture in the country.

This has been seriously hampered by lack of finance, sanctions affecting donor investments, uncertainties around the lease arrangements, poorly designed support programmes (notably the now notorious Reserve Bank of Zimbabwe (RBZ) mechanisation scheme and Command Agriculture) and selective capture and corruption by elites, during and after the land reform programme.

The research was carried out during 2019 and involved a representative sample of 90 farms across the two sites, representing around 20% of all farms in the areas. This was a small, random sample, but the challenges of researching A2 farms are well-known to any field researcher in Zimbabwe. They are scattered over long distances, owners are often not present and because of on-going threats of audits talking to people is often challenging. In the end, we managed to speak to everyone in the sample, generating fascinating reflections from farmers, managers and workers documented in the paper.

The findings were a surprise. In the mid-2000s, we undertook research on a small group of A2 farms across Masvingo province and our conclusions were rather dismal. By-and-large, they were not occupied and if so very little was happening, except for a few individuals where external investments were driving recapitalisation of the farms. When we undertook the recent study, there was much more happening, although anecdotal evidence suggests that this has tailed off as the economy has declined further in the last year or so.

A key period in our reconstruction of the fates and fortunes of each of the farms since the early 2000s was the small window of relative stability around the time of the Government of National Unity (2009-2013) and immediately afterwards. At this time, it was possible to raise funds and invest, and markets were relatively stable and commercial agriculture was thus feasible.

Before and after this period, this has not been the case, and over the whole period the lack of financing for agriculture has been a major constraint for all farmers. Without leases being issued, as promised, farmers cannot raise bank credit with their farm as collateral, although some have used houses in town to do so.

Meanwhile, the external financing schemes have not supported production. Across our sample not that many received equipment through the RBZ mechanisation scheme in the 2000s, but as we discussed back then (p.99), and reinforced by recent BSR revelations, this proved a hopeless investment, and mostly a source of patronage-based corruption, with well-connected elites linked to the party-state and military benefitting and so appropriating public resources.

Much the same applies to the Command Agriculture scheme. Since 2016 this has been a loan/subsidy scheme supported by the party-state. In our sample, 43.7% in Mvurwi and 12.0% in Gutu-Masvingo benefited from the scheme to some extent in 2018-19. Although higher maize yields were achieved on average, it clearly was not a good use of public funds, and much of the investment was wasted, with benefits accruing mostly to the financing ‘cartels’.

Indeed, many recipients complained to us that their allocations were late or grossly insufficient, and that it is only a very few well-connected people who can jump the queue and get inputs – fertiliser, seed, fuel and so on – as part of the programme.

Patterns of accumulation and differentiation

Our data show a growing pattern of differentiation emerging between A2 farmers. The standard narrative that A2 farmers are all ‘cronies’ of the party-state and military and that the land is unutilised and unproductive does not hold up.

Yes, there are those who are beneficiaries of patronage for sure, including via Command Agriculture, but only an elite few gain the full package, and most of those who were recipients in our sample got very little, and complained bitterly.

Equally, there also some who have large areas unutilised, but this is far from the whole story. Indeed, patterns of ‘underutilisation’ are not hugely different to what was observed during the 1980s and 1990s when these farms were settled by white farmers. It all depends on the focus of production (intensive on small areas or extensive) and the type of operation (irrigated or dryland cropping or livestock, for example), as well as the nature of the land (many areas have extensive rocky areas, unsuitable for agriculture, but great for grazing).

In terms of accumulation patterns, some have access to external finance (from jobs, diaspora investment and so on) and can make a go of it, even under very difficult circumstances. In the two sites, we have some quite successful tobacco farmers in Mvurwi and livestock farmers in Gutu-Masvingo – proper commercial farmers by any standard. Others are more aspiring, and lack the financing, while others are really struggling, farming only a small portion. Some have managed to mobilise joint ventures with former white farmers or with other investors, including Chinese firms involved in tobacco around Mvurwi, while others benefit from close relationships with tobacco contracting companies. Meanwhile, others have effectively abandoned farming or may be holding the land speculatively for future generations. Across these groups, especially the aspiring farmers, some are investing in ‘projects’ on small areas, while others have been joined by other families and are creating ‘villages’ on the farms.

Perhaps not surprisingly the patterns were very similar to what we found in our study of a former ‘purchase area’ (small-scale commercial farming area) near Masvingo – again supposedly commercial farms of a similar scale on average. Here we found very similar categories, but perhaps fewer commercial farmers than in the A2 study, in part because of lack of state support of any sort in these areas. And this was 80 years after their establishment, not just 18 as in the A2 farms we studied.

A more differentiated view therefore suggests ways forward for the A2 areas.

To ensure more effective, commercial use of A2 areas requires investment based on sustained financing and secure leasehold tenure. A2 farmers we talked to wanted to be independent, not reliant on state patronage, but able to get financing on time to produce successfully. Successful production can also be facilitated through land administration policy – including land audits and forms of taxation – that encourages more intensive, commercial use. But farm investment will only flow if the conditions are right, which means getting the leases issued, the contestation over land resolved through land compensation and private and public finance made available in flexible forms, and not through state schemes that are prone to corruption and patronage.

Contrary to assumptions – including our own before undertaking this latest research – A2 medium-scale farms do have future, but those with potential need investment and support, while others need to be encouraged to pass on the land they received during the land reform. The next blog will discuss the political consequences of the emerging pattern of differentiation on the A2 farms, and the implications for policy.

The political economy of land use land cover change in Mvurwi, Zimbabwe, 1984—2018

Emerging dynamics as result of COVID-19 in Mngeta Division in Morogoro, Tanzania

Rising farm sizes in the Fumbisi Valley of northern Ghana (1)

Medium-scale commercial farming in Zimbabwe: how has it fared since land reform?

The unintended consequences of COVID-19 lockdowns in Nigeria (2)

Can relaxed COVID-19 restrictions ease food insecurity among the rural population in Kenya?

Can South Africa help find a way out of Zimbabwe’s on-going crises?

‘The land is the economy, the economy is the land’, but does this include young people? Reflections from Zimbabwe