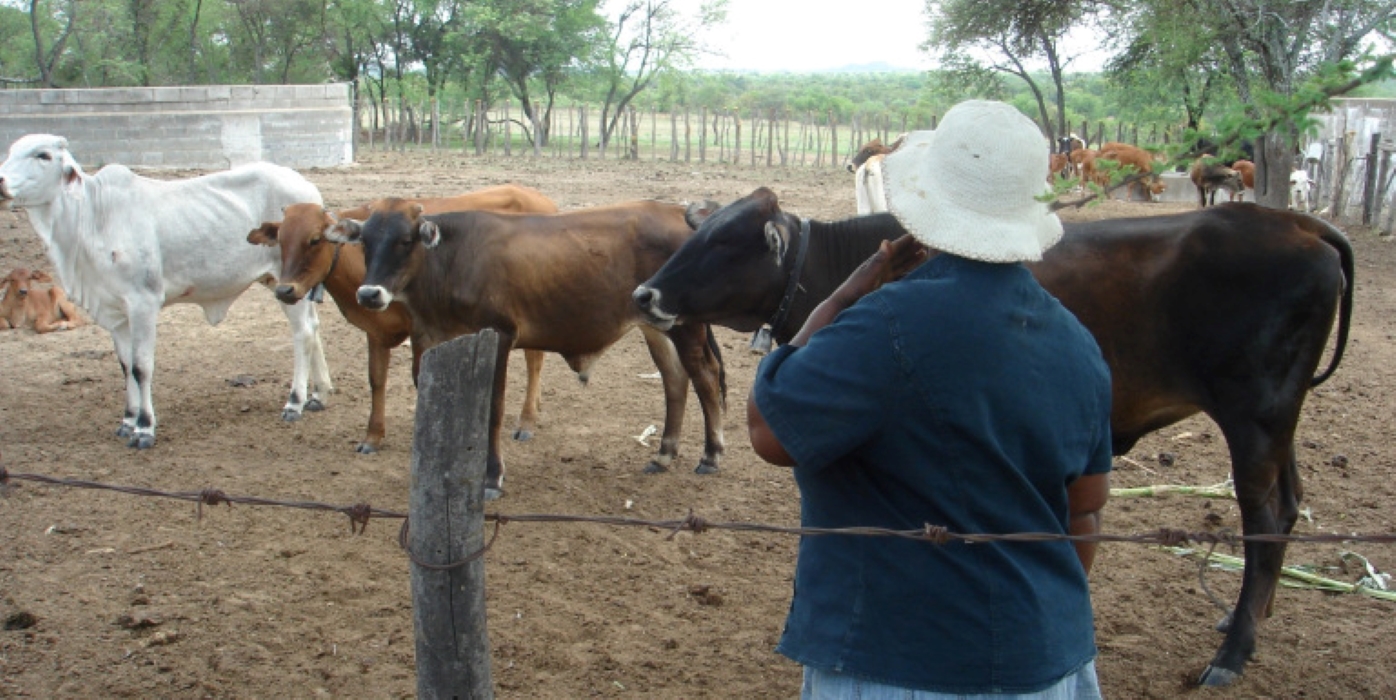 The land reform story in Matabeleland has been under-researched, but now there are some new findings being published. This blog profiles two papers focusing on Matobo district, also one of our study areas.

The first by Adrian Nel and Clifford Mabhena traces the historical ‘echoes’ of the land reform experience. The paper focuses on research in wards 23 and 24, where both A1 and A2 farms were established after land reform. Most new settlers were from nearby communal areas and towns, but around 40% were from further afield, including Bulawayo town, Insiza district and even Masvingo and beyond. The initial lower uptake of land reform sites in this area compared to other parts of the country can be explained by people’s need for grazing not land for cropping, combined with reticence about joining a land reform programme with unknown outcomes, especially in areas where the opposition was strong. Land reform has been more protracted in these areas, with some only signing up much later as the political temperature dropped. Quite a few white farmers held on to their land for a long time, and there have been some high-profile attempted grabs of these farms, some resisted by local people.

The title of the paper plays on Terry Ranger’s classic book ‘Voices from the Rocks’ on the history of the area. As the paper shows, the struggles to set up farms echoes the experience of earlier settlers in the area in the colonial era. Afrikaaner farmers for example were criticised by the authorities as long ago as 1939 for failing to establish farm and managing cattle and cropping in a haphazard and informal manner. The new settlers have been similarly-accused, but just as in 1939 getting farms going in a very dry area with limited resources is exceptionally difficult. Diversification is imperative, and the data from A1 farms today show how livestock, and especially cattle, become the mainstay of a stable income stream. Although there are episodic die offs due to drought or disease on average households in the A1 farms had around nine beasts, rising to 13 among the richer wealth categories.

Livestock are combined with opportunistic cropping. In most years, crops produce little, sometimes failing completely; but once in a while there is a bumper crop, and grain is stored for years and investments are made. In the five years for which cropping data is reported in this paper there was one year where farmers produced on average around two tonnes of grain per household. In most years, the total was below what is sufficient to provide for a family, and farming had to be complemented with off-farm income. Again, the experiences from past years echo through the years. Ranger comments on the importance of vleis (wetlands) and riverbanks as the source of food security in the early twentieth century in the hilly areas nearby.

In the past, the white farmers who made use of this land largely concentrated on ranching, with limited arable plots, fruit orchards and irrigated gardens near homesteads. They too had to respond to the high variability of rainfall and the sudden lack of grazing during droughts provoking high mortalities. The historical record is replete with examples of such events, with farmers going bust, moving off to do other things, and coming back as herds built up.

The same type of strategy has to be followed by the new A2 farmers on the same land. They have been allocated much smaller farm sizes making managing herds in a confined space even more challenging. This means a variety of strategies for extending feed provisioning in drought periods, including deals with neighbours, including A1 and communal farmers, and buying feed, as many A2 farmers continue with jobs elsewhere. With many farms many of which have seen significant herd growth since land reform, there are now stock numbers comparable to the pre-land reform period. This is a far-cry from the complaints of earlier periods, when officials complained that ranches were understocked.

The movement of animals across multiple properties and land use types requires a particular type of negotiation, but is essential for maintaining herds in such a ‘non-equilibrium’ landscape. For both A1 and A2 farmers there are reinventions of past arrangements for stock sharing and movement, such as lagisa and miraka. Compared to the classic land reform areas in wetter areas focused on fixed plots and farms, the arrangements in Matobo have to be more flexible and informal, allowing movement and combining income streams from multiple sources, both local and agrarian and off-farm, including of course cross-border migration, which is a major historical feature of this area.

In another paper, also based on research from Matobo, Adrian Nel explores what white farmers have done since land reform. Compared to other parts of the country during the land invasions there were more ‘protected’ farms, with farmers being allowed to stay. This emerged because such farmers had good relationships with local communities through on-going projects and being members or leaders of the same Christian church communities.

This again is different to some other parts of the country where white farming was often very separated, geographically, economically and politically. The greater integration in Matabeleland reflects the struggles for establishing livelihoods in a harsh environment and the need for collaboration and alliance making. As the paper explores, these forms of accommodation have persisted since land reform among some farms. As in the past, there were others who dropped out as the economics of farming post 2000 became too challenging and others. Also some have pushed back against the land reform, pursuing various legal cases as part of the more militant section of commercial farmers.

The paper concentrates on those who have adapted, accommodated and developed conciliatory approaches. Some label them as ‘sell-outs’ or ‘enablers’, but they are seen to be pragmatic, committed to farming and the communities they live with. When one farm was targeted for grabbing by a security official from outside the area, the locals resisted and in the end the white farmer, who had a large Christian led community project on his farm, combined with outreach activities and a huge contract broiler project, was allowed to stay thanks to interventions from the highest level.

Others have abandoned their farms (some with great relief given the travails) and taken up new business activities linked to local farming activities, very often moving up the value chain to set up abattoirs, butcheries, feedlots and other wildlife/hunting businesses. As one large operator explained he continues to run some animals through rental agreements, but mostly sources from local producers and fattens animals in a large feedlot for his abattoir and butchery, which is much easier and more profitable he explains than producing yourself.

With Andrew Hartnack, Rory Pilosoff and others, the paper argues for the need to go beyond a simplistic ‘homogenising’ view of whiteness. Those who remained distance themselves from other whites, and need to build new local alliances to survive. This results in new ‘becomings’ linked to diverse subjectivities, reconstituting the imaginary of whiteness as collaborative and conciliatory. Like their black neighbours, their identity is centrally-focused on making a living in a harsh environment, sometimes reinforced by strong and shared Christian religious values.

Living with and from uncertainty

The agrarian landscape of Matabeleland has changed massively since 2000. But there are important continuities with the past. Making a living in this area is tough, and requires flexibility, innovation, movement and diversification. As in the past, this requires collaboration and alliance-building in ways that allow all people – whether small-scale A1 plot owners, A2 medium-scale farmers or remaining white farmers – to live with and from uncertainty.