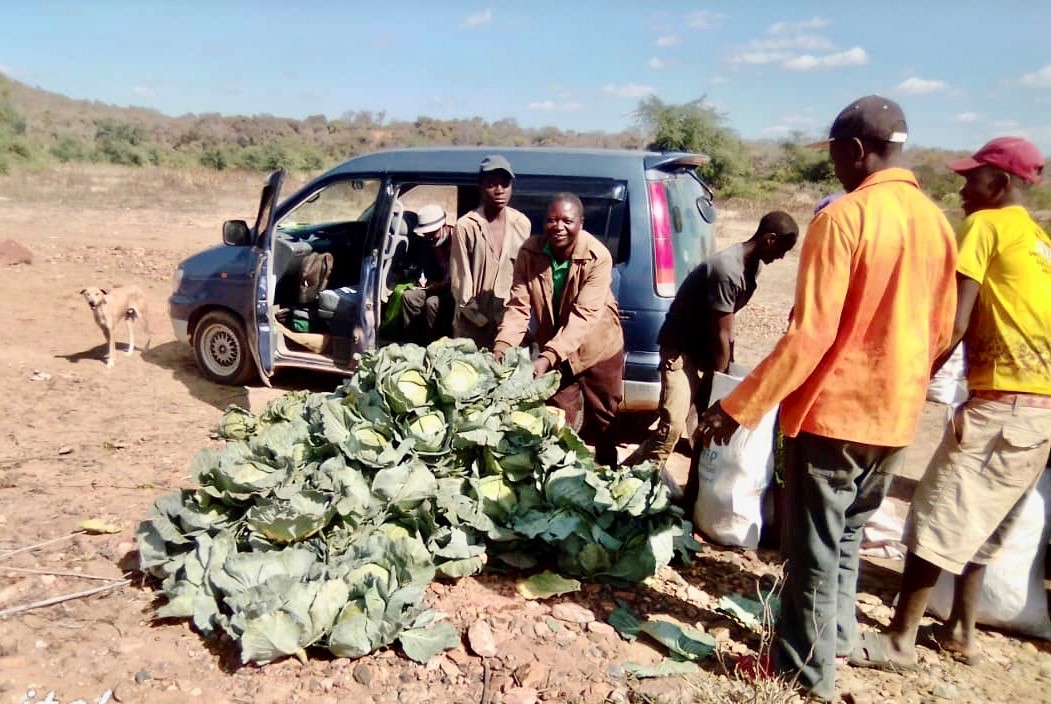 “Know your epidemic, act on its politics” was a lesson learned in the HIV/AIDS pandemic. As Alex De Waal argued back in March, it’s just as important for COVID-19. The pandemic is playing out in very different ways in different places, yet the public health responses tend to be standardised and not adapted to context. What needs to be understood are both local responses and their politics.

Since the end of March (when the lockdown was first imposed in Zimbabwe), we have been tracking the coronavirus pandemic’s impact on diverse rural areas and linked small towns across the country (see our first blog (Surviving COVID-19 in a fragile state: why social resilience is essential) for early reflections from March 27. Since then, and based on reports from colleagues from Chikombedi in Mwenezi district; Matobo district in Matabeleland; Masvingo and Gutu districts and from Mvurwi in Mashonaland Central, we have produced so far four extended blogs based on compilations of field reports.

Through some reflections on the past four blogs (links included below), this piece asks how can we get to ‘know the epidemic’ in Zimbabwe, exploring the implications for the response and wider politics?

April 27 (COVID-19 lockdown in Zimbabwe: a disaster for farmers): Three weeks into the lockdown and the effects on rural livelihoods were already being felt. Movement restrictions and the closing of markets were causing havoc. A heavy-handed response was being led by the police who ‘were everywhere’, stopping people moving. Rumours abounded about the origins of the virus and who it was affecting, and people feared going to health centres. The fear was tangible and the unknown nature of the virus (compared to say HIV) was causing major anxiety. Many had seen on the TV or heard about from relatives the devastating consequences elsewhere, including in the UK and South Africa. The expectation was that this was going to happen in Zimbabwe, in a situation with far fewer resources and an extremely under-resourced health service. The fear galvanised a collective response, and at this stage collaboration between people, the state, churches and others was growing. There was a sense that this was something that had to be addressed together, and for Zimbabwe there was an unusual politics of unity and collaboration.

June 15 (COVID-19 lockdown in Zimbabwe: ‘we are good at surviving, but things are really tough’): By mid-June the lockdown had been in place for about 10 weeks, and people were having to find ways to cope. Things were getting very difficult and consumer products and even food was scarce. By this stage transport of imported goods from South Africa was being facilitated (mostly illegally) by truckers. Traders of all sorts had emerged to supply both rural areas and townships; as someone put it, “we are all vendors now”. Agricultural production had spread – “everyone is a gardener” – including in town. Avoiding reliance on wider value chains had become essential and production, trade and consumption links were increasingly localised across our study sites. With the drying up of remittance flows (as diaspora populations were also affected by COVID-19 job losses and economic contraction), a sense of self-reliance emerged. The large number or returnees from South Africa (who had lost jobs and had been denied social assistance) was by this stage putting a strain on local communities. They also brought the virus and it was from this stage that cases were not just imports from outside but began to be based on local community transmission, although still at a very low rate. Community tensions rose in this period, as concerns over livelihoods and infection increased, with new arrivals from South Africa often shunned and stigmatised. Political scandals around procurement of PPE and equipment reinforced the sense that people were on their own.

July 27 (Viral politics and economics in Zimbabwe): By the end of July, the informal economy – including a substantial growth of smuggling – had expanded further to provide alternatives. A new economy had emerged in order for people to survive. While really tough, people had begun to find ways around restrictions. In this period there had been an growth of movement of people – first back from South Africa and neighbouring countries as people lost their jobs and had no other forms of support, and then from urban areas within Zimbabwe back to the rural areas. The extreme challenges of living in town had hit hard and many felt that the only way to survive was to go ‘home’ to the rural areas, where at least there were family members to offer support, and the opportunity of a small plot of land to do gardening. This pattern continued through August into September, likely resulting in a massive flow of people (and viruses). Meanwhile, the wider political context shifted. With the prospects of opposition protests scheduled for the end of the month, the state and security forces were clamping down, using the COVID-19 regulations to restrict movements and gatherings. Some high-profile arrests had changed the political mood. While at the beginning of the pandemic, everyone was pulling together and the joint COVID committees involved all political parties, the churches, businesses and others, tensions were rising.

September 7 (Innovation in the pandemic: an update from Zimbabwe): The most recent update again showed a shift in responses. The restrictions had relaxed a bit and the political tensions had eased somewhat. Although lockdowns were still being imposed along with movement restrictions, the way local economies had adapted over the previous months had meant that new supply chains had emerged. The shift from formal to informal marketing was complete and mobile shops from cars had become the dominant approach to retail selling. By this stage, people had given up on expectations that the state was going to provide, and many had turned to traditional healers, herbalists and prophets offering health care and support. While cases had not expanded massively, the threat of COVID-19 remained real, but new ways of coping had to be found. The failure of state provision, combined with the series of corruption scandals allegedly linked to those at the top, fed into a disappointment with political leadership and process. People were again on their own having to cope with the virus – and in particular the harsh lockdown measures that had been imposed. Many argued that it was not the virus that was killing them but the lockdown. There were of course always ways around the restrictions as life had to go on, whether involving selling things at night, moving through new routes or paying off police or security forces at road blocks. A sense of disconnection and disillusionment reigned, with a feeling that no-one else – and particularly the state – cared. This has generated a spirit of innovation however, as people have found new ways to get products to market, provide goods and get round the restrictions.

The COVID-19 pandemic – and in particular the lockdown control measures – has resulted in changing economic responses, huge transformations of market arrangements and value chains, there have been large movements of people, and with the rapid expansion of informal economic activity there has been innovation on all fronts. At the same time, politics has shifted from a politics of collaboration to a politics of conflict and dissent to a politics of disillusionment. With the economic struggles for livelihoods deeply entwined with politics, we can expect further changes as the pandemic unfolds. We are continuing our informal monitoring – getting to ‘know the epidemic’ – across the sites, so look out for further updates in the coming weeks.

Many thanks to all the research team from across Zimbabwe for continuing interviews and collecting local information on the COVID-19 situation (and for the photos from different sites).