It’s a miracle! The worrying rise of faith-based agronomy 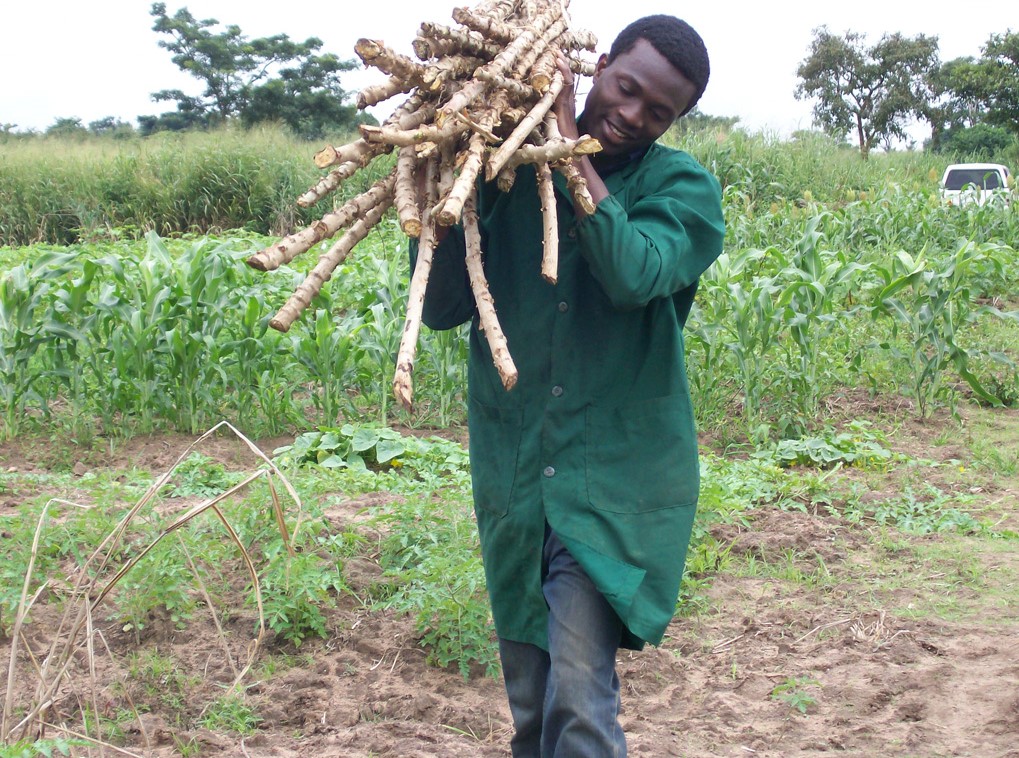 There is a dark tension at the heart of development-oriented crop and soil science. It pits systematic research, respect for evidence, and incremental improvement, against the imperative to construct and claim success and impact ‘at scale’. This tension can be analysed from a political economy perspective, as individuals, research organisations, funders, corporations and a raft of other actors vie for media attention, budget allocations and influence in the context of an increasing preoccupation with food system sustainability. While this perspective is surely valuable, the long-standing obsession with game changing agricultural technology – often promoted as nothing less than ‘miraculous’ – and the religious imagery underpinning it, must also be recognised.

There is a small but growing literature that explores links between religious faith, agronomic science, and development.* One strand of this literature examines the instrumental use of God in narratives to promote particular agricultural technologies: conservation agriculture being promoted as ‘Farming God’s way’ in parts of southern Africa is a case in point.

To date however, the more miraculous side of development-oriented agronomy has received little attention. While perhaps not so impressive as multiplying bread and fish to feed the hungry, or turning water into wine, agronomic miracles have been declared on a regular basis. In the 1970s it was Norman Borlaug’s ‘miracle wheat’, and since then there has been a series of ‘miracle trees’ (including species such as Leucaena, Prosopis, Jatropha and Moringa), the ‘miracle of the Cerrado’, and golden ‘miracle rice’, to name just a few.

In the discursive construction of agronomic miracles, tagging something as ‘promising’ – as in, a ‘promising maize variety’ or a ‘promising technology’ – is a critical first step. It creates what we might think of as a scaffold or stairway of expectation to support future proclamations of miraculous performance or impact. But what exactly is being promised, by whom and to whom? On what basis is the elusive quality ‘promising’ identified? And what criteria are used to justify the graduation of a promising technology to a miraculous one? These questions are seldom asked.

Miracles ahead, miracles behind

A closer look suggests that two types of miracles are associated with development-oriented agronomy. The first – the post hoc miracle – is akin to a conventional miracle in that it is declared following the miraculous event. The ‘miracle of the Cerrado’ in Brazil is a good example of a post-hoc miracle. While much about the Cerrado story is contested, it is undeniable that significant change occurred. The Green Revolution is another classic example of a post-hoc miracle. The second type is the ex-ante miracle, which is declared in anticipation of an expected future event or development. Golden, high beta-carotene, ‘miracle’ rice, and Leucaena, the fast growing, leguminous, ‘miracle’ tree, are prime examples of ex-ante miracles. However, as is the case with most ex-ante miracles, neither golden rice nor Leucaena have ever delivered anything like the miraculous agronomic or development outcomes that were so confidently proclaimed.

Being too good to be true, unexplainable, if not unbelievable, is fundamental to the notion of miracle. In principle then, miracles should not sit easily in the scientific, rational, evidence-based world of agricultural research. So, is the well-established tradition of miracle-making in development-oriented agronomy to be brushed aside as little more than harmless self-promotion? Is it, perhaps, no different than the promotion of broccoli, acai berry or quinoa as ‘miracle’ or ‘super’ foods? Is this all just harmless word play? Far from it!

Anointing the Green Revolution or the development of the Cerrado as miracles obliterates the alternative visions, years of work, false starts, investment, struggle and contestation – and the wide array of associated goods and bads – that characterised these complex socio-technical and environmental processes. While the resulting changes in agrarian relations, landscapes, productivity and the like might rightly be described as dramatic or fundamental, these changes reflect the work of women and men here on earth, not the hand of God. In this sense, they were anything but miraculous. So, the first problem with agronomic miracles is that they do away with both history and the social nature of technological change, including politics. These aspects of the relationship between agricultural research and agrarian change deserve more, not less attention.

The second problem arises from the articulation of miracles and scale. From a development impact perspective any notion of a ‘micro-miracle’ misses the point entirely: by their very nature, agronom­ic miracles deliver impact ‘at scale’. This articulation thus offers hope to those who are desperate for easily ‘scalable solutions’. Talk of agronomic miracles feeds the same misplaced and unrealistic instincts associated with development’s long history of (misplaced) faith in silver bullets and one-size-fits-all solutions.

The importance of religion within development is increasingly recognised, and we certainly appreciate and respect the fact that religion plays a central part in the lives of people around the globe. However, given the challenges involved in moving food systems – and the agricultural systems that underpin them – onto a more sustainable footing, there is much to fear from the emergence of faith-based agronomy.

* See for example:
Andersson, J. A., and Giller, K. (2012) ‘On heretics and God’s blanket salesmen: Contested claims for conservation agriculture and the politics of its promotion in African smallholder farming’, In: Sumberg, J. and Thompson, J. (eds) Contested agronomy: agricultural research in a changing world, London: Routledge.