Isene Village, Tanzania: A Story of Sunflowers and Empowerment 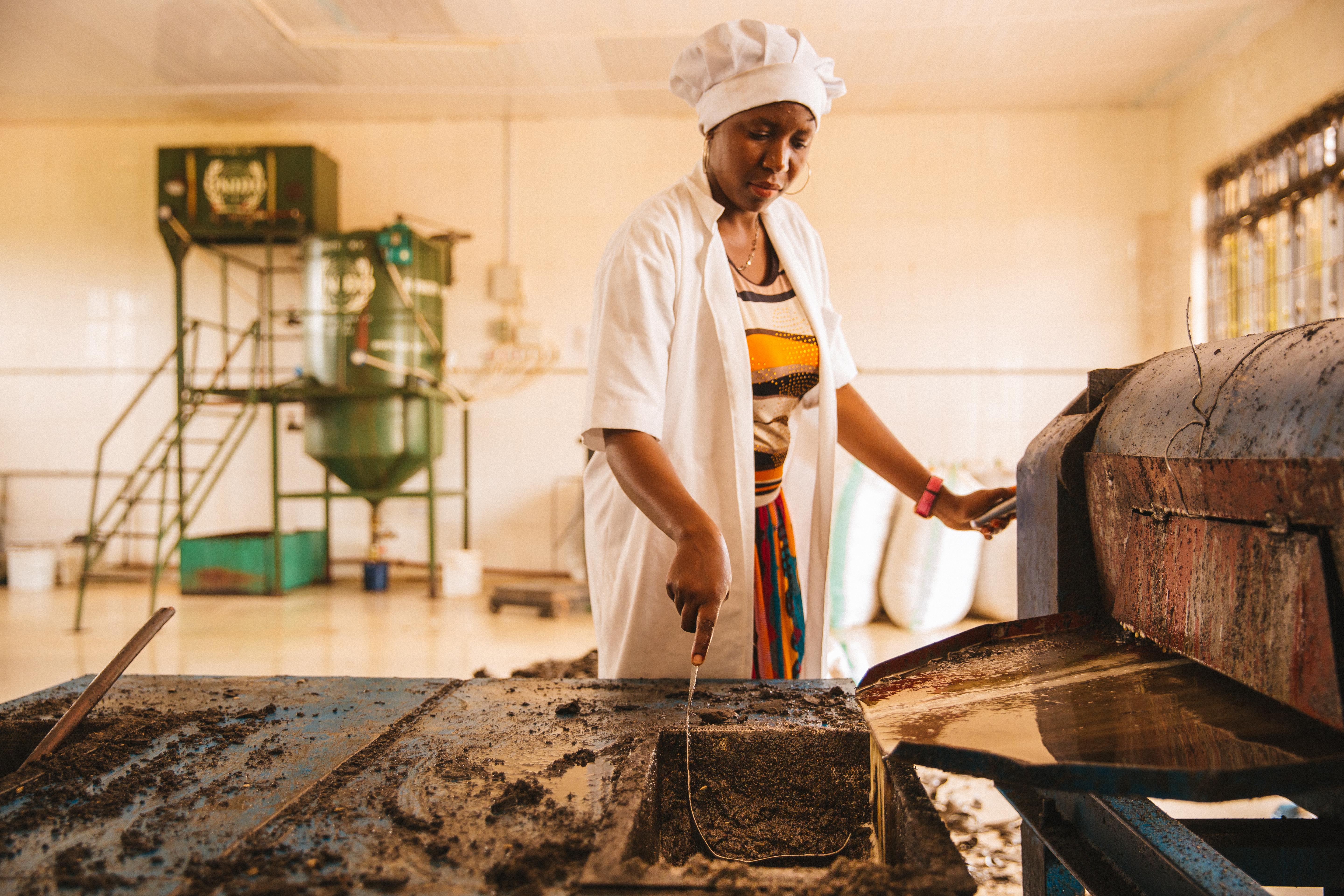 It is often the case that when crops or enterprises become commercialised, women lose out as men step in and take control of resources as well as selling produce. Unless such practices are addressed, emerging opportunities for female empowerment will almost always be taken over by men, even if women were the initial beneficiaries of a particular opportunity. Since the mid-1990s, Tanzania’s Singida region has become a hub for sunflower cultivation, produced for seeds or to produce sunflower oil. However, when the APRA Tanzania research team visited the region to conduct focus group discussions (FDGs) around trends in sunflower production and commercialisation, they were met with recurrent stories of women being side-lined in the developmental opportunities presented by the region’s sunflower industry – and the case of Isene village is no different.

Villagers in Isene recall that during the 1980s, when sunflower was a minor crop, it was intercropped with maize or sorghum, or planted as a boundary crop to provide sunflower seed. Women used to pound the seed and boil the resulting powder to extract oil, mostly for domestic consumption and some limited sale of surplus oil to neighbours. This gave women the opportunity to earn some income for domestic amenities such as salt, soap and kerosene, which according to local norms is typically the responsibility of a woman to provide within the family. Husbands are held accountable for tasks with larger expenditure, such as taking the lead in building the family house, buying livestock, and farm implements. So as long as production of sunflower remained low, it was a woman’s concern.

During the late 1980s, improved sunflower seed and simple oil mills were introduced in some parts of Singida region through various initiatives by the government and other development agencies. Farmers in Isene village recall that the first and nearest oil mill was installed at Iguguno village within the same district, some 50 km away. One farmer in another village recalls an experience in 1989, when he had to travel for 12 hours by bicycle to Iguguno, in order to process 30 kg of sunflower for a family wedding present. Around 10 years later, the same famer travelled with a friend again to Iguguno, carrying 70 kg of sunflower seed each. These moments marked a milestone in the region’s sunflower oil processing journey, from domestic pounding and boiling by women to industrial processing facilitated by men, transporting sunflower seed to the nearest processing facility.

The availability of electricity determined the location of large processing mills. Whenever electricity was introduced to an area, investors installed oil processing mills, moving gradually closer to remote villages. And as processing of larger quantities of seed became possible, production increased. This was the point at which men stepped in – especially in selling the crop, and ferrying the sunflower seed to distant villages for processing. As production increased and processing mills moved closer to Isene, women felt they were losing grip of the benefits from selling oil in small quantities to their neighbour, out of sunflower they had contributed to produce.

How did the women negotiate out of this losing situation? Ester Hassan of Amani Group at Isene village describes their strategy to achieve renewed empowerment: “Initially we did not see much of the cash income from sunflower sales, despite our input into the farming process. This was especially true in families where there was disharmony between husbands and wives.” Most women in the village already belonged to women’s support groups for bereaving, so Amani group members decided to widen the scope of the group to include saving and lending for development purposes. Other groups soon followed suit, and there are currently seven such groups in Isene village. 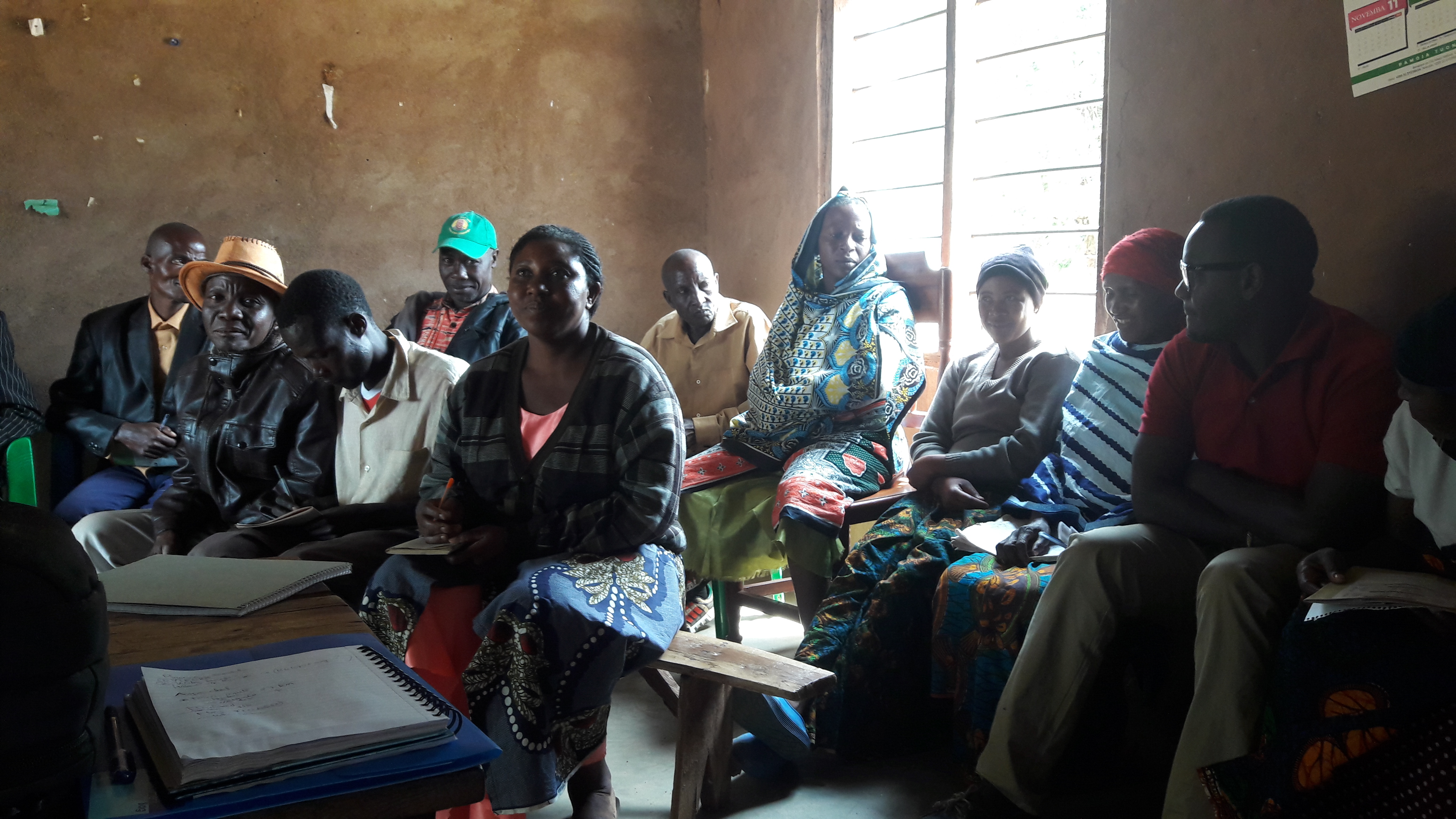 Traditionally, the custom of the Wanyiramba tribe – the predominant tribe in Singida region – permitted women to request from her husband a piece of land from the family farm, which she can use to earn an income in order to meet small domestic needs such as salt, soap, kerosene and cooking oil. The piece of land allocated to wives is called “Nsoza” in the local language.

The women of Isene used the culture of Nsoza to their advantage. The adapted women groups engaged in saving and lending activities, commonly known in Tanzania as Village Community Banks (VICOBA), which lend money to members and non-members during the lean months (February–April), in return for sunflower seed at harvest. At the end of each annual cycle, the group decides what items are going to be bought by each member from profit and some of the savings to be shared out. The item has to contribute towards improving the members’ wellbeing and their households. Ester Hassani explains: “As a group we decided that at the end of the year when we share out the savings and profit, we will use the money to buy household amenities that improve the quality of life for each group member. Given our very poor condition, when we started our first priority was to buy nice clothes for each member and our husbands – wax kitenge for women and shirts for men.”

Ester continues “… during the second year of sharing out we also decided to give part of the share to our husbands so that they would buy clothes for themselves, but most of them did not come home with anything worth the money we shared out to them. During subsequent sharing we decided that we will not give out money, rather we will buy household amenities that improve the quality of life. Until now we have managed to buy clothes, domestic utensils, mattresses, and roofing iron sheets.”

Now group members tend to use the savings to improve the quality of houses. All this has been possible due to the power of collective action from savings and lending groups, with seed capital from sunflower production. Such collective action does not happen automatically, but requires strategic engagement with spouses and sustaining a common interest among members.