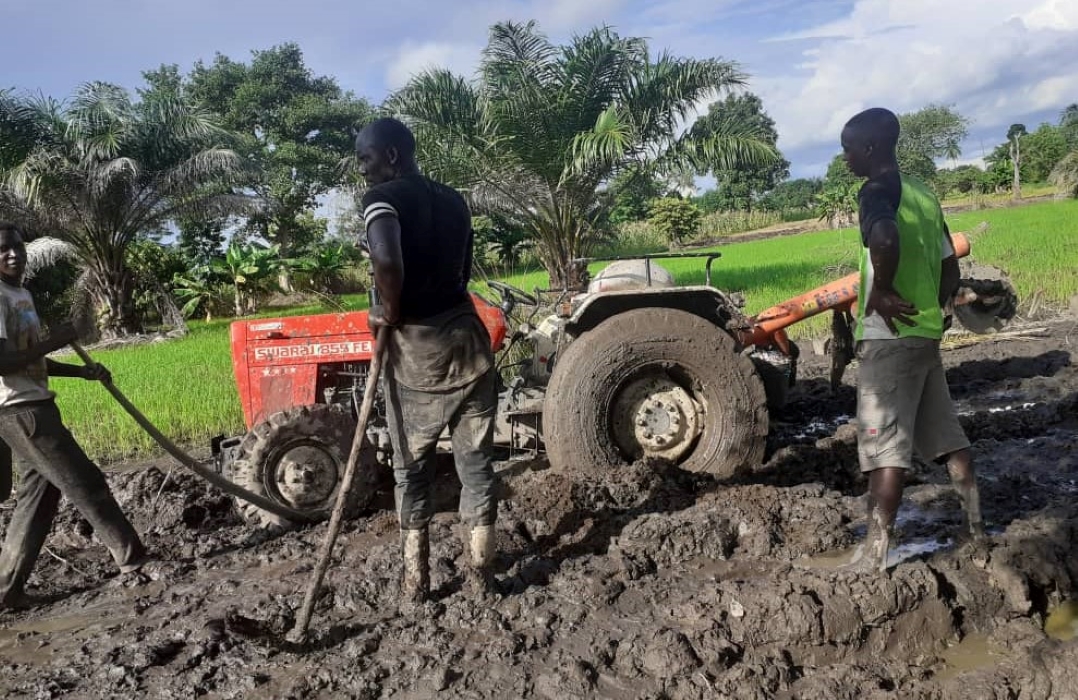 Basic hand hoes have always played a key part in rice production in Morogoro, Tanzania – but as ox-ploughs and tractors become more widely used, is there still a place for the traditional farm implement? Using information from a recent study, APRA Tanzania researchers discover that factors such as geography play a role in determining the most effective implements for rice farmers.

The national rice development strategy in Tanzania recognises that the use of improved farm implements above the traditional hand hoe is crucial in expanding areas under rice production and increasing productivity. It seeks to promote agricultural mechanisation in the form of animal traction involving ox-plough and mechanical power with tractors through increased participation of the private sector and supporting research and development of simple and affordable farm implements.

In Kilombero valley – Kilombero district, the use of ox-plough was introduced by agro-pastoralists who have been emigrating from various agro-pastoral area such as Sukuma land into Kilombero valley since 2000, while tractors were introduced by large scale rice farmers in the 1980s. The use of ox-plough increased after 2012, following purchase of livestock by indigenous people from the agro-pastoralists who were evicted by the government from the Kilombero valley to avoid environmental degradation resulting from increased livestock numbers. The introduction of ox-plough and tractor increased the number of tillage implement options for farmers to choose from depending on their financial resources available and perceived incomes from using these implements.  This blog uses first round data collected in October 2017 for the rice commercialisation study supported by the Agricultural Policy Research for Africa (APRA) programme to provide evidence on the extent of use of these farm implements and their benefits to rice farmers.

Extent of use of ox-ploughs and tractors

Although the use of ox-plough and tractor are promoted because of their benefits including cultivating large land areas, enhancing productivity, achieving larger rice outputs and incomes from rice farming, the use of hand hoe in combination with the other farm implements is inevitable because of limitations of using ox-plough and tractors in certain farm operations and some parts of rice farms. As far as policy intervention is concerned, emphasis should be placed on the promotion of the use of hand hoe and ox-plough, not only because it is more widely used in rice farming but also because it can be used in swampy areas where tractors are unable to operate.

Feature image: Mngeta, Kilombero: A farmer with his tractor stuck on the way to his rice farm. Credit: APRA Tanzania.