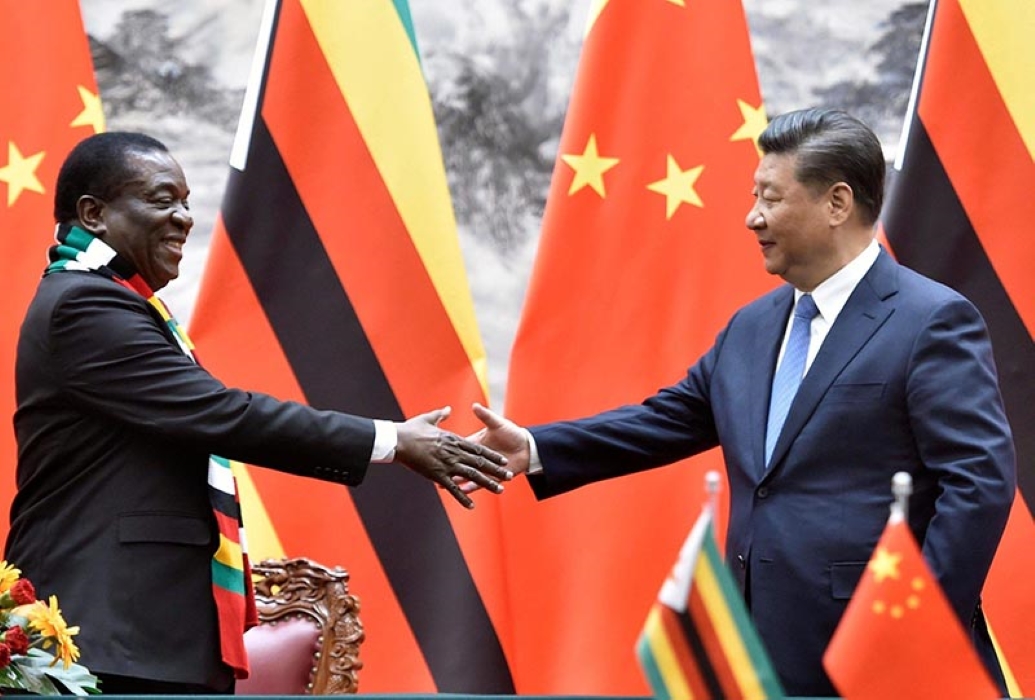 How is China helping to transform African economies? There are many different narratives cast around in public and policy debate: China as the new imperial power, China as the radical developmentalist, China as just like any other donor/foreign power. None are very convincing. A report synthesising a number of research projects has been published recently, titled Africa’s economic transformation: the role of Chinese investment, and aims to get beyond the rhetoric and gain a more sophisticated, empirically-based analysis based on substantial UK-funded research efforts over recent years.

Based on detailed studies from Angola to Zambia, the report covers a range of Chinese investments from infrastructure to technology to manufacturing. Agriculture and land-based investments don’t get much attention, but some wider lessons can be drawn. Overall, the report argues that Chinese investments are not exceptional, but have certain patterns. They generally focus on the productive economic sector and that although most efforts are relatively isolated project investments, they result in increased local employment (but usually initially of lower-grade jobs) with positive impacts on local markets. Investments are not by-and-large focused on extraction of goods for export to China, as some narratives suggest. Limited vertical and horizontal linkages with the wider economy are observed with projects seen as rather isolated, and with limited impacts on the large African informal economy. Training of workforces happens, and may result in skill upgrading, although in the establishment phases of business investments, higher-skilled and management jobs largely remaining Chinese.

A few years ago now, together with colleagues from China, Brazil, Mozambique, Ghana, Ethiopia and Zimbabwe, we conducted similar research looking at Chinese (and Brazilian) agriculture investments, both commercial projects and state-backed aid funding – all published open access in World Development. Some of these broader trends highlighted in the report are seen, but not all. Through joint ventures and contract farming efforts – accelerating since our earlier studies in Zimbabwe around tobacco – have resulted in much greater integration of agricultural businesses within the economy, even with smallholders. While tobacco is definitely geared to export to China, the spin-off linkage benefits to rural economies have been huge.

Training has been an important feature in Chinese agricultural investments, with large numbers of Africans trained at Chinese universities in a variety of subjects, along with support for technical upgrading. For example, Chinese investment in the Zimbabwean Tobacco Research Institute has been important, supported by exchange visits and investment in equipment. The Chinese Agricultural Technology Demonstration Centres (ATDCs) have had mixed success, and have turned out very differently in different countries. However at a time when state and Western donor investment in agricultural R&D had shrunk to virtually zero in many countries – certainly in Zimbabwe – the establishment of the ATDC at Gwebi was widely welcomed, even if the technologies on offer did not quite fit the new post-land reform setting.

As Carlos Oya and colleagues’ fascinating study of labour practices in Chinese construction and manufacturing sector investments in Angola and Ethiopia shows, there is no single labour regime observed. It very much depends on the wider political-economic context, and the dynamics of accumulation in the national economy, the nature of the state priorities and political commitments to different policies (foreign investment vs labour rights for example). The origin of the investment firm therefore has less of an impact than the investment context. This conditions what labour is available and hired, and how labourers are treated. Indeed, contrary to popular conceptions Chinese investors have no worse labour practices than others, with increasing integration into the local economy, with a localisation and training of the workforce seen over time. There is therefore no one pattern of Chinese investment, no one predictable outcome. This is part of the problem with the report as, in its search for a generalised prognosis, it frames the whole problematic in terms of ‘China’s investment’ and ‘Africa’s transformation’, as if both China and Africa were singular.

We know from the case studies discussed in the report – and reinforced by our multi-country study on agricultural aid and investment – that patterns of Chinese engagement vary massively between different African countries. This depends on historical legacies (particularly from the liberation wars and independence struggles of the 1960s and 70s), political positioning (for example in respect of alignment with US/Western interests, and especially in relation to Taiwan), and the state of the economy (investing in Ghana, Kenya, Ethiopia or Nigeria, where economies have been booming is a very different prospect to investing in Mozambique or Zimbabwe). Not surprisingly, all these factors impinge on what investments happen and how they pan out.

Equally, ‘Chinese’ investments have to be understood in terms of where they come from. Some emanate from the centre, and are part of the Chines aid-investment strategy. But most, even if via State-Owned Enterprises, emerge from particular provinces. These may get central state backing for ‘going out’, but they take on a very particular provincial character. They are ‘Chinese’ in that they come from the People’s Republic of China, but they are more accurately described as from Guangdong or Yunnan. As research on Chinese economic development shows, there is a huge variety of approaches, with quite different provincial styles of business and investment. This important dimension did not come out in the report, resorting as it did to generic characterisations geared perhaps to a simplistic UK aid debate.

However, repeatedly we see in our work the very different provincial characteristics of the host firms of different ATDCs across countries resulting in contrasting priorities and operations on the ground in Africa (Zimbabwe and Ethiopia for example are massively different). ‘Chinese’ firms that take up tobacco joint ventures in our study sites in Mvurwi in Zimbabwe come from very different parts of China (not necessarily tobacco growing regions, as some are expanding from mining or other businesses), again with different business models, labour practices, investment priorities and sources of finance.

Going beyond the ‘China in Africa’ simplification is long overdue. The individual research studies covered in the report no doubt pick up the particularities and the context (I admit that I haven’t read them all), but these sort of syntheses and associated policy debate too often fail to. We have to understand the particularities of these ‘development encounters’, and nuance the debate. Of course, just as we differentiate between ‘European’ investment from the UK or Sweden, so we must between ‘Chinese’ investment from Hunan or Hubei.

Investment outcomes and development processes are always a complex political negotiation – of knowledge frames, values, cultures, interests and economic priorities – between located firms and particular local political economies. Whether focusing on investments from China, Europe or the Americas, some more sophistication is needed in thinking through the processes, practices and possibilities of such encounters.

The political economy of the maize value chain in Nigeria

Covid-19 and food security: What is the way forward?

Zimbabwe faces a COVID-19 surge: what is happening in the rural areas?

How is ‘China’ helping to transform ‘Africa’? The need for a more sophisticated debate

From field research to policy influencing – what have we learned?

Rural livelihoods in the pandemic: notes from Zimbabwe

Beyond the silver bullet solution: towards a ‘systems agronomy’ perspective