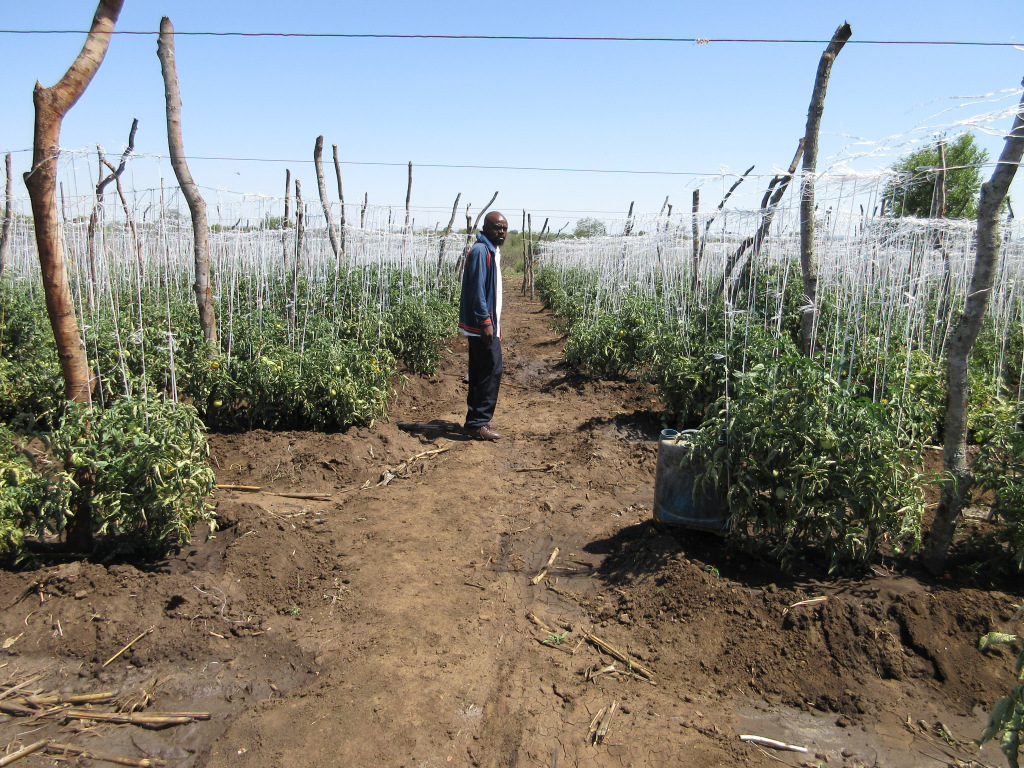 Buried deep in a long report on water and agriculture by FAO – the flagship state of food and agriculture report of 2020 – there is a really important section, signalling a big shift in mainstream thinking about irrigation and the use of water in agriculture.

It focuses on farmer-led irrigation, a theme discussed on this blog quite a few times before, and central to research in our field sites in Zimbabwe’s resettlement areas. Farmer-led irrigation is not a new phenomenon of course, but it has not been central to discussions about irrigation, seen as peripheral and not following ‘proper’ engineering recommendations. That FAO has addressed this in its major report is therefore a significant moment. They argue:

“Small-scale farmer-led irrigation systems can have lower unit costs than those managed by government agencies and offer much higher internal rates of return (28 percent) than does large-scale, dam-based irrigation (7 percent). They also improve yields and income, and reduce risks from climate variability. Governments should support these initiatives….”.

What is farmer-led irrigation, and how important is it?

As the FAO report comments:

“In sub-Saharan Africa, only about 3 percent of cropland is irrigated, and small-scale farmer-led irrigation systems are rapidly expanding. Farmers invest their own resources and access water from shallow groundwater, rivers, lakes and reservoirs. These are an attractive option to small-scale farmers because they use simple affordable equipment, including buckets, watering cans, treadle pumps, drip systems and conservation agriculture technologies, such as terracing and in situ rainwater harvesting. More than 80 percent of farmers who use irrigation employ manual lifting and watering using buckets and cans, although demand for more mechanized options is growing.”

Of course, the statistics on ‘irrigated land’ are massively upset by an acknowledgement of farmer-led practices, as they don’t normally count as ‘irrigation’. When we produced our paper on farmer-led irrigation in Zimbabwe for Water Alternatives, one reviewer was highly dismissive. Coming clearly from a conventional irrigation background, they argued that what we were reporting from our study sites was not significant, and that investment in effective and efficient small-scale irrigation schemes was the way forward. We begged to differ.

As noted in the paper, our findings were not unusual and are replicated elsewhere. Box 10 in the FAO report highlights research from Burkina Faso, Tanzania and Zambia, quoting a 2012 IMWI report by Meredith Giordano and colleagues, Water for Wealth and Food Security:

In our two sites in Masvingo district in Zimbabwe, the farmer-led irrigated area represented on average 2.02% of the total arable and non-arable area. Extrapolating up to the provincial level, if the same extent of farmer-led irrigation is seen across the whole province (estimated at 5.15 million ha, excluding Gonarezhou national park), this would represent 104,056 ha of farmer-irrigated land. Assuming that the proportion of land that is arable is the national average of 10.3%, this would represent 19.6% of arable area, a very significant proportion. By contrast, formal irrigation through government schemes in Masvingo province is estimated to cover 4,176 ha in total, across 60 schemes, ranging size from eight ha to 625 ha. This represents only 0.08% of the total area of the province (again excluding Gonarezhou national park) and 0.8% of estimated arable area. Under these, admittedly extremely rough, assumptions, this is only 4% of total farmer-led irrigation. Given that many of these formal schemes are not functioning to full capacity, farmer-led irrigation, by any calculation, represents a very significant contribution to the provincial agricultural economy.

In a way the specific figures don’t matter: what is important is that those promoting irrigation – so central to agricultural productivity and boosting incomes for farmers – recognise farmer-led practices in all their variety and provide support for these. As discussed in our paper, this must include:

Why then do policymakers and donors still focus on irrigation ‘schemes’, when their track-record has been so bad? At Independence in 1980, Zimbabwe had about 150,000 hectares under ‘formal’ irrigation schemes; about 3% of the arable area. However, only 3.5% of this area was under smallholder schemes. This area increased over the following decades, with investment in ‘block’ schemes, with irrigators usually being allocated small 0.1 ha areas under centrally controlled schemes. Many of these schemes failed.  Economic analyses highlighted that all capital costs and 89% of recurrent costs were covered by the government, and when this support dried up, the scheme collapsed.

Following the land reform from 2000, the talk has once again been investment in ‘schemes’ to support the new farmers. Various programmes during the 2000s invested in the rehabilitation of irrigation infrastructure on former large-scale farms. Election manifestos promoted ‘modern’ irrigation as central to a new push to upgrade and commercialise agriculture. From 2016, ‘command agriculture’ included investment in irrigation facilities. Foreign donors, from the Brazilians to the Chinese, have offered irrigation equipment, mostly suited to large-scale production. And most recently the minister, Anxious Masuka, announced that $57 million had been allocated for rehabilitating existing schemes, with strict requirements for sustainable use. As part of a new statutory instrument issued in February there are also big plans to boost state-led irrigation capacity, with an irrigation development fund, the assignment of district irrigation engineers and so on. And of course the controversy around land use changes in the Chilonga area is all about a massive, high-profile irrigation investment. Today, as in the past, hydrological transformations and images of modernist progress are closely tied with a project of state-building and shoring up political support through high-visibility investments.

There is nothing wrong with formal irrigation schemes for supporting smallholder agriculture, particularly in the drier parts of the country, as long as they remain supported and the infrastructure is maintained. But they need to be seen as part of a more integrated, flexible irrigation policy, where farmer-led approaches are given greater prominence. For sure, the mention of farmer-led irrigation in the FAO report was a small element of a much larger report (just on page 64 and box 10 for those wanting to point to it), but it does signal that farmer-led irrigation can now be announced as mainstream (because the UN’s FAO said so….).

Maybe in the future, national governments and donors – all members and supporters of FAO – will shift their focus and catch up with what farmers have been doing for millennia.

Biodiversity and climate change: why tree planting schemes may not be the answer

Moving up, or out? The political economy of agricultural value chains and commercialisation in Africa

Why are farmer-based organisations so weak in southwestern Ghana’s oil palm growing communities?

The politics of control in Zimbabwe’s COVID times

Does livestock enhance or reduce crop commercialisation? A case of Singida in Central Tanzania

APRA features at the Second Scientific Conference held at the Sokoine University of Agriculture, Tanzania

Dynamic drivers of land use change in Zimbabwe

Are smallholder farms or medium-scale farms more productive in Nigeria?

End of the road? The future of smallholder farmers in Malawi

Unmasking the socio-economic potential of rice in Burundi: Outcomes of the East Africa Rice Conference 2021