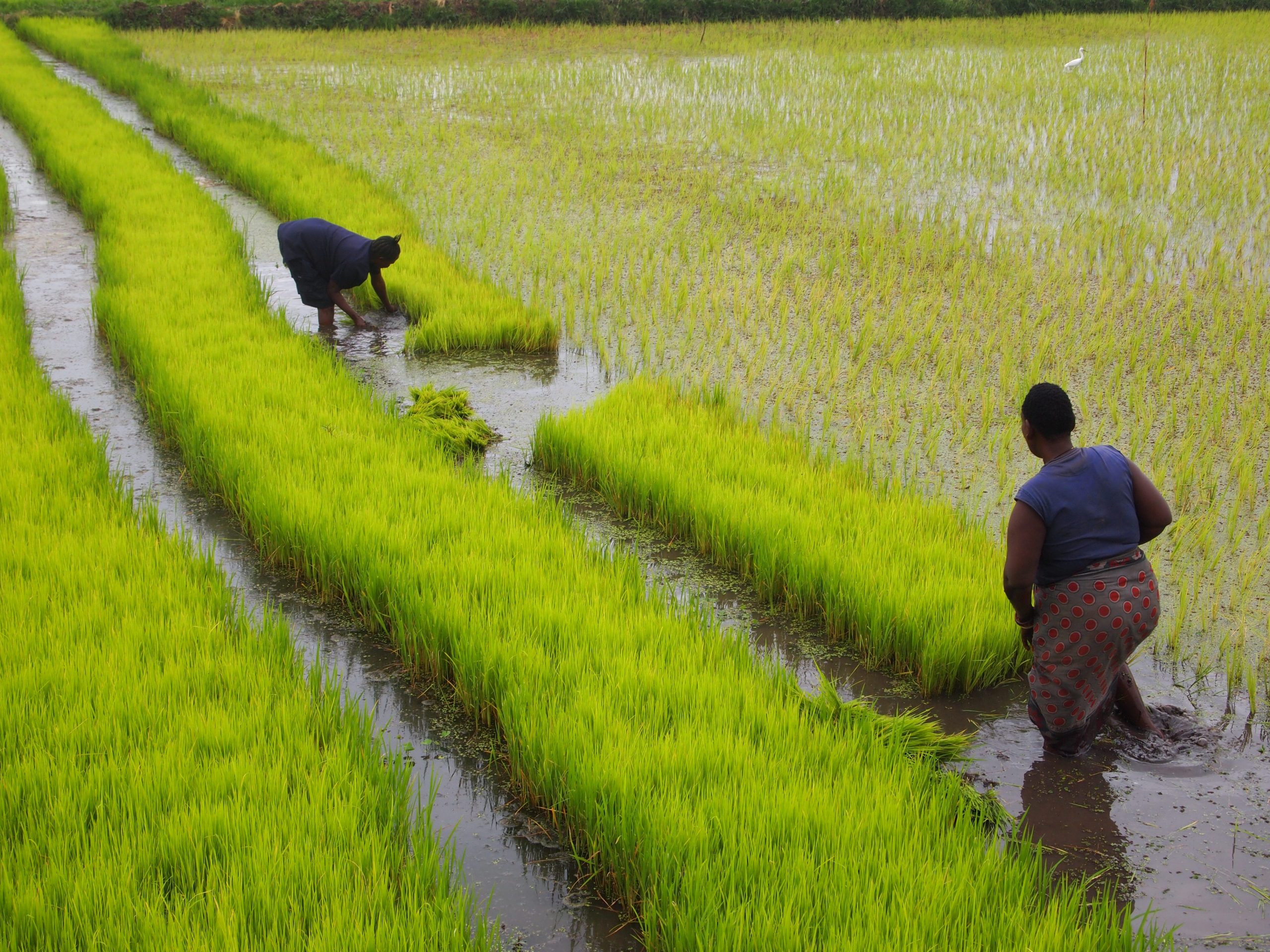 In Kilombero Valley, Tanzania, rice is increasingly becoming a commercial crop. However, although research findings show that commercial rice production is beneficial, it is also associated with increasing use of modern implements, such as tractors, and use of agrochemicals, such as herbicides. This blog, based on APRA Working Papers 30 and 37, highlights the potential environmental impacts of rice commercialisation in the region, and recommends actions that could be taken to mitigate these impacts.

The goal of the second phase of Tanzania’s National Rice Development Strategy is to sustain national self-sufficiency in rice production, contribute to the regional self-sufficiency and become a market leader in the region.  Interventions to achieve this goal include, doubling land area under rice cultivation and productivity from 1.1 million ha and 2t per ha in 2018 to 2.2 million ha and 4t per ha in 2030, respectively. However, these interventions could have negative environmental impacts if not well planned.

The following conclusions are based on the findings of a study funded by the Agricultural Policy Research in Africa (APRA). The study involved two waves of data collected in 2016/17 and 2018/19 farming seasons.

Use of modern farm implements and environmental consequences

Environmental impacts of agrochemical use

The use of agrochemicals, such as inorganic fertilisers and herbicides, can cause environmental pollution and health risks if not cautious. Herbicides are increasingly being used in Kilombero for weed control in rice production, due to the high opportunity cost of labour during rice weeding. These herbicides can destroy soil microbial diversity and microbial biomass, and eventually lead to the disturbance in soil ecosystem and loss of soil fertility. Besides destroying microbial diversity, pesticides can also move from rice farms to various water reservoirs by runoff or in drainage induced by rain or irrigation.

The use of modern farm implements and agrochemicals in rice production has positive effects on rice commercialisation and food security, as well as enhancing poverty reduction.  However, their use has serious environment effects if not undertaken with care and consideration. Household food security and poverty reduction efforts can only be sustained if rice production practices are not destroying the environment.

Actions to be taken to reduce environmental destruction resulting from the use of modern farm implements and agrochemicals may include: