COVID-19 and the disappearing tobacco in Zimbabwe: Makoronyera and the new value chains 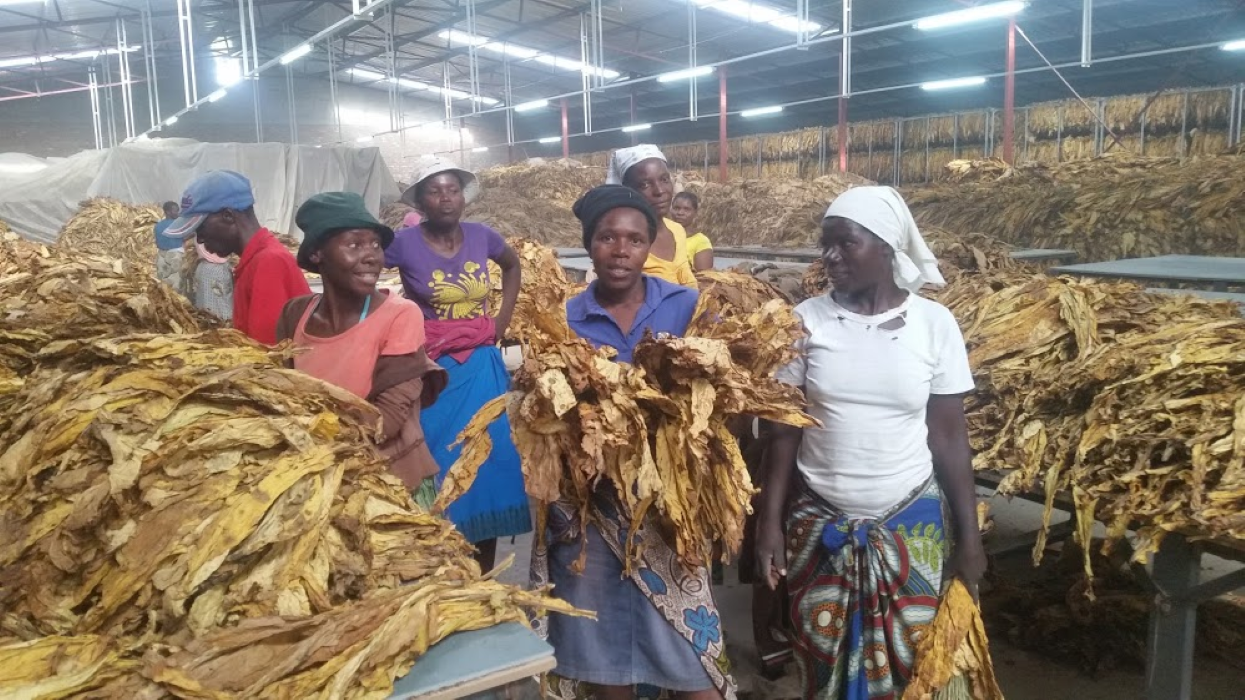 In this blog summarising APRA Working Paper 55, Toendepi Shonhe discusses the growing prevalence of informal tobacco aggregators, their impact on farmers’ wealth accumulation potential and the changes in this value chain since the onset of the COVID-19 pandemic. Shonhe also assesses how Zimbabwe’s government can address the challenges in the chain.

The financing and marketing channels for tobacco, a crop responsible for over 24% of foreign currency earnings annually in Zimbabwe, are central to its production and circulation in the country. Reports indicate that farmers who are financed through contract farming tend to secure better prices compared to independent growers, and so tobacco financing is reportedly now dominated by this system. For example, by Week 53 of the 2020 marketing season, at least 94% of tobacco purchased was marketed under contract farming. However, our APRA survey administered in Mvurwi farming area in Mazowe (2017–2020), shows that as low as 13.5% of the communal area farmers, 17.5% of A1 farmers and 35.9% of A2 farmers actually grew the crop under the contract farming system.

How can such a significant majority of tobacco be marketed under contract farming, and yet so few farmers report actually growing under this arrangement? What can account for this ‘missing’ tobacco? This discrepancy indicates that many independent growers who self-finance their cropping programmes end up selling their crop through contract merchants, presumably because there are better prices offered. In other words, while they do not finance their activities through the contracting system, their end products are marketed and sold through this system.

The growth of the Makoronyera

An intricate and emergent tobacco marketing practice is distorting the tobacco value chain, creating new winners and losers and negatively affecting financial rewards for farmers. This practice is driven by informal tobacco aggregators – the Makoronyera –who buy tobacco and other crops directly from farmers, and have overtaken formal marketing arrangements.

Within the context of COVID-19, farmers are exposed to more risks, which diminish their wealth accumulation potential. Many such risks are exacerbated by movement restrictions which mean that farmers are not present throughout the marketing and auction processes. These include but are not limited to the following:

As a result of these challenges, the involvement of the Makoronyera has increased in the wake of COVID-19 because their engagement in the process has shifted the burden of transporting the crop to the auction floors away from the farmers. This responsibility is deemed worth the disadvantages of the significantly lower prices they offer and their unclear grading processes by farmers. The APRA survey shows that Makoronyera dominate the purchase of tobacco from farmers, with at least 52.1% of A1 farmers selling to these aggregators compared to 30.3% who sell directly through tobacco merchants. Only 17% now sell through the auction floors.

The Makoronyera may well be composed of some registered growers who choose to buy the crop and resell to tobacco merchants under contract farming. Some of them work for the merchants directly, so this crop is not recorded in the auction system, creating a loophole for informal processing and illicit production of cigarettes and well as the sale of the semi-processed produce to Botswana, Mozambique, Namibia and South Africa. Illegal exports are carried out through undesignated crossing points, and therefore Zimbabwe faces losses of export taxes and foreign currency to syndicates.

Studies show that registered tobacco companies are responsible for the bulk of the illegal export of the produce, thus circumventing the payment of export taxes and depriving the country of much needed foreign currency. Millions are lost through mispricing and illegal exports, and so are employment opportunities in local value chains. The government should consider options for increasing the level of retention of foreign currency for growers to curb the incidence of Makoronyera. The disappearing of tobacco, now being exacerbated by COVID-19, undermines the prospects for farmers’ wealth accumulation. The government must prioritise revisiting the marketing framework to avoid exploitation of the producers and thus stop leakages at the national level, as this practice undermines rural and agricultural development in the country-side.