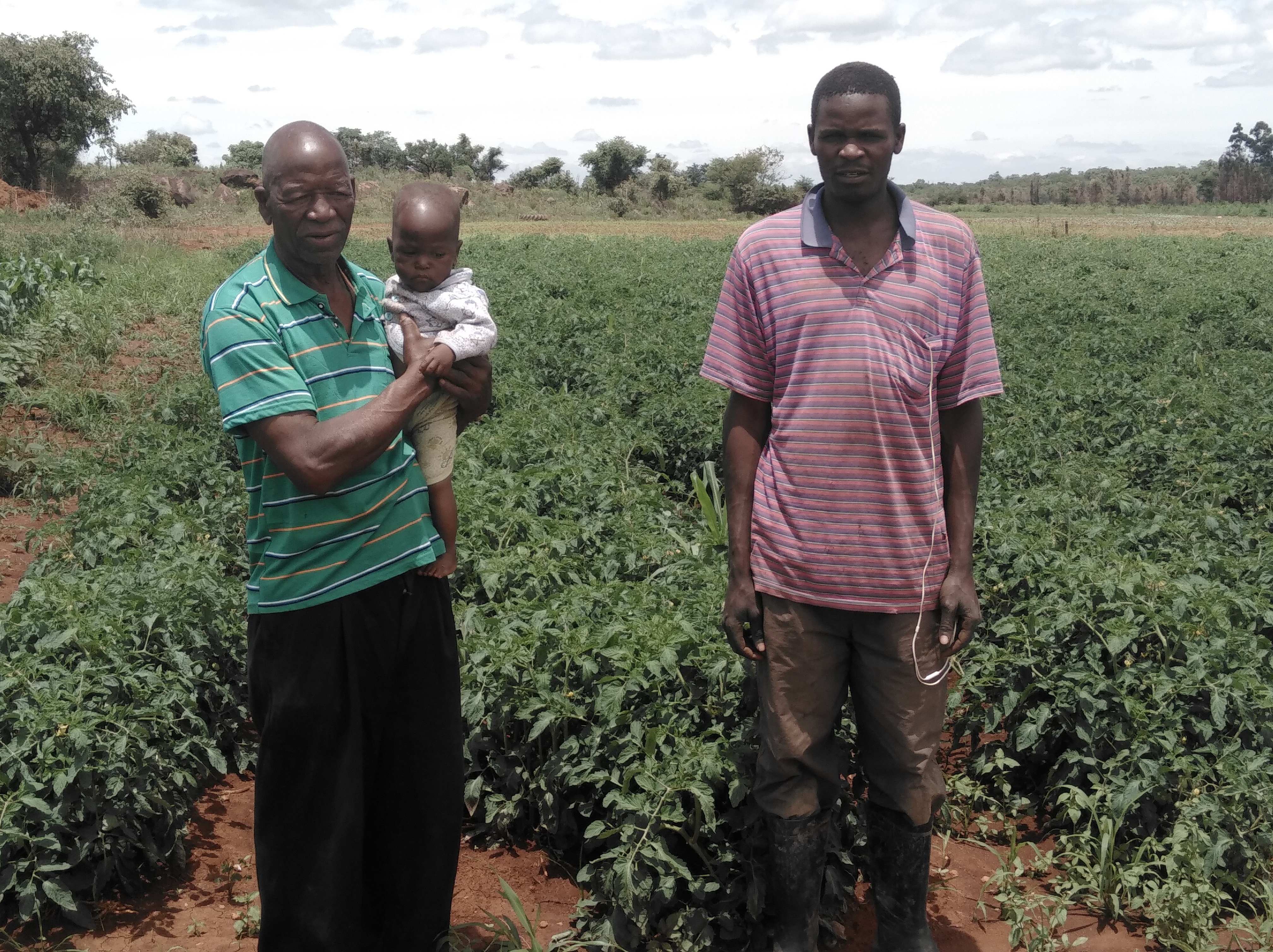 Patterns of agricultural commercialisation have changed over time in Zimbabwe – as the APRA Zimbabwe team observed during field studies in 2017, family farming in subdivided farms is on the increase across differentiated settlement models in the Mvurwi farming area, Mazowe District. Mvurwi comprises remaining large-scale commercial farms (LSCF), some medium-scale farms (A2 farms), some small-scale farms of up to 6 ha of arable land (A1 farms), and Chiweshe communal area (CA). Except for CA farms, families are subdividing their farms at every scale, sharing financial resources and labour to support commercialised agricultural production.

We interviewed management at Forrester Estate, a remaining, family-run LSCF that exists under a Bilateral Investment Promotion and Protection Agreement between Zimbabwe and Germany. The farm is divided into 6 sections, one of which was repossessed by the government under the Fast Track Land Reform Programme (FTLRP). Each section is run by a farm manager who reports to a general manager – who himself reports to the family. In 2017, the farm produced 1, 996 t of tobacco from 701 ha (worth US$7,120,554); 1,566 t of maize on 260 ha (worth US$768,255); and 525 t of peas for the export market on 67 ha. Tobacco was grown under contract through TianZe, a Chinese tobacco contracting company, following termination between Forrester Estate and Northern Tobacco company.

All six sections are endowed with modern farming equipment. In an interview with a senior employee in section D, it was revealed that the section is highly mechanised – with access to 10 tractors, 3 farrow ploughs, 25 barns, and 2 centre pivots. The section has 750 ha of arable land, 82 ha of which are irrigable. It also employs a total of 450 workers, of which 250 are female.

In contrast, Mukumbiri farm, the only remaining indigenous LSCF is owned by a black Zimbabwean family, has two sections. The farm was bought in early 2000 and was therefore not part of the government’s land redistribution programme. One section of the 1,300 ha farm is run by the heads of the family, while the other section has been allocated to one of their two sons. In 2016, both the main farm, run by the parents, and the smaller section run by their son together produced 75 t of tobacco worth an estimated $262,500, along with 144 t of maize worth $43,200.

While the parents mostly self-finance their operations, their son finances his tobacco production through TianZe and the government-mediated Command Agriculture maize production initiative. The parent’s section also contains a total of 61 cattle, as well as a fishery project. The farm’s two sections share farming equipment, including 2 tractors, 4 irrigation pumps and 21 conventional barns. Each section has 30 ha under irrigation, with the son having purchased a centre pivot in 2016. Together, the farm employs a total of 75 workers, only five of whom are women. While this labour is used interchangeably across the two sections, each section has its own management department, who report to the respective family members running the section.  While, in this case, the scale of production is lower than that of Forrester Estates, the farm’s successful implementation of a subdivided business model – one that incorporates younger family members in commercialised agricultural production – is indicative of a wider agricultural phenomenon that is emerging in Zimbabwe.

Turning their focus to medium-scale farms (A2), the APRA team interviewed household members of a black Zimbabwean family, who were allocated a 58 ha farm at Eastworlds of Umvukwe flats farm in 2003 under the government-led land reform programme. Four of his sons are involved in farming in some subsections of the farm.

With six households now farming on farm 3 of Eastworlds, this means each subsection now averages 12 ha of arable land. The parents farmed on 7 ha of land, which yielded 30 t of maize under the Command Agriculture initiative. His eldest son farmed 1 ha, producing 1.2 t of tobacco – up from 0.8 t on 0.5 ha the previous year. In 2017, the oldest son earned a total of US$1,500 from this crop and used the money to rehabilitate 1 ha of irrigation land.

The farm benefits from free-flowing irrigation water from a dam upstream, which has the effect of drastically reducing the farm’s production costs. The family’s eldest son earned US$10,500 from 3,200 kg of tobacco produced on 2 ha. In 2017, he bought a tractor for US$6,500, which is now shared by family members and is also available for hire to other farmers. The second son grew 1 ha of tobacco and earned US$4,200, with which he purchased irrigation equipment. He has now diversified into horticulture and, in 2018, he plans to buy a stand in Mvurwi town, which he intends to convert into a town house. Regarding labour, the family work as a group and hire casual labour for critical stages, such as planting, weeding, harvesting and grading. Those with irrigation facilities also hire additional labour for cash crops.

In the A1 scheme, a similar pattern is emerging. The family interviewed by the APRA team occupied their farm in 2000 through the FTLRP and has been producing tobacco since 2004. At present, the family is contracted by Chidziva Tobacco Processing company to produce tobacco. The 6 ha plot is now being shared between the family’s father, his son and two married daughters, each using up to 1.5 ha of land. The four families share 5 herds of cattle and collectively use their labour to help one another in the production of tobacco and maize. Due to poor prices and inadequate land availability, agricultural income has been low and not much accumulation in production and household assets has taken place in the past three years.

Our major learning point is that different production patterns are emerging through family farming arrangements in subdivided farms, in which the scale of commercial agriculture is differentiated across varying land sizes and resource availability. As a result, agricultural earnings differ across scales and access to financial resources. The scope for crop diversification is wide but land shortages limit earning potential in the A1 and CA areas.