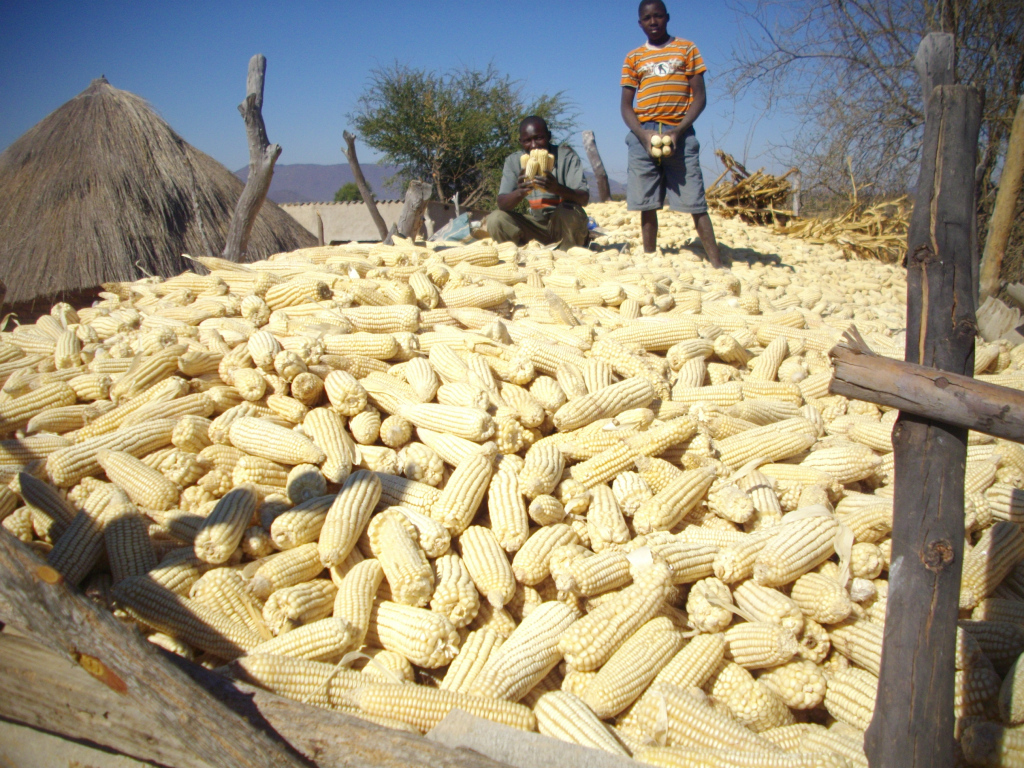 The previous two blogs (here and here) have discussed the Pfumvudza conservation agriculture programme that has become a high-profile, politicised intervention during the last season. In a very wet year, the results have been interesting. Yields have been good on the small plots, but many problems have been faced. And, because of the good rainfall, yields have been impressive too under conventional farming in larger open fields, especially for those who planted early. The result is a predicted bumper harvest of maize, perhaps around 2.8 million tonnes, one of the highest on record.

For the proponents of Pfumvudza the return of food security after many years of importing food due to drought, this shows how the programme has been a huge success, witness to the commitment of the party-state to the people and development. While there have clearly been important gains, as the previous blogs have emphasised, we have to avoid getting carried away with the Pfumvudza hype.

Beyond the hype of a silver-bullet solution

Just as with the range of other supposed magical, silver-bullet interventions that are supposed to revolutionise agriculture, promoted with similar evangelical zeal – whether under labels of ‘green revolution technologies’, ‘regenerative agriculture’, ‘climate-smart agriculture’ or ‘agroecology’ – we need to understand the context for the intervention in the wider farming and livelihood system.

As farmers will always explain, particular technologies, techniques and packages are seen as useful additions for particular challenges, but are definitely not panaceas. They work under certain conditions (of rainfall, soil, labour, seed, fertility and so on), but not automatically as the results from across our sites discussed in last week’s blog have shown.

Yet, added to the mix, new practices, such as conservation agriculture, can be part of a complex farming performance, where external inputs, local knowledges and indigenous resources are combined. In this way of thinking, farms must be seen as complex systems and managing them requires skill and knowledge and the adaptive combination of techniques as part of a repertoire. For farmers, as Paul Richards explained long ago, agriculture is always a performance, a carefully managed drama across scenes and sites, within a wider system.

As the previous blogs in this series have shown, Pfumvudza definitely has merits in certain socio-ecological circumstances. Conservation agriculture as a gardening technique applied to home fields it may have merit, if labour can be mobilised and inputs – including mulch – found. But we have to understand the dynamics of farming systems within farms and across years, as home fields/gardens and outfields interact. There are social and gender dynamics here too, as it is often women who tend home fields/gardens, while men focus on the outfields, but this may be upset by focused extension investment in a particular part of the farm.

The need for a complex systems approach

In other words, following the arguments of Ken Giller and colleagues, we need more ‘systems agronomy’ thinking. This means thinking about where different practices fit (land area/soil type, garden vs. outfield); how labour is deployed and by whom (seasonally, between men and women, including the costs of hiring); the levels of mechanisation (beyond a reliance on just garden-based hoe farming on very small plots) and the management of different inputs across the farm (such as through competition over crop residues as mulch and animal feed, the levels of production of manure as livestock herds decline and how focused inorganic fertiliser inputs are applied). And so on.

This is what farming systems research made the case for from the 1970s in response to the failures of the single, magic bullet approach of the ‘green revolution’ of the 1960s. The high yielding varieties, fertility inputs and water control technologies only worked in some controlled settings, and a more attuned approach was needed. This extended to more participatory approaches from the 1980s and 90s when farmers became involved in, and helped design, scientific experiments.

But sadly much of this impetus has been lost in the last two decades as a technology transfer mode has returned to agricultural development. This applies not just to the ‘green revolution’ technologies, promoted through such organisations as AGRA, but also the so-called ‘alternative’ technologies of agroecology and regenerative agriculture promoted by NGOs, donors and some UN agencies. Conservation agriculture and Pfumvudza is just one such example.

How should we assess what works from a more holistic, systems perspective? Too often agronomic and even economic efficiency assessments are just on the basis of a single plot, but this is not how farmers must respond. Focused attention on a metre squared is not the same as managing a whole farm, and indeed a wider livelihood system.  The focus on the field plot and the obsession with single packages pushed by extension has long been shown to be inadequate, as argued by Robert Chambers and many others (including me…) in the Farmer First book series over decades (also here and here). The wider approach to ‘sustainable livelihoods’, originally promoted by Robert and Gordon Conway in the early 1990s, added to this argument (see also here from me).

From a technology focus to a systems approach

Zimbabwe’s history of agricultural research and development has followed a similar path. The high point of green revolution technology-led enthusiasm was in the 1950s and 60s when the famous Rhodesian maize varieties such as SR52 were out-performing the American mid-West. The package approach of ED Alvord was the basis for extending successful technologies to the ‘natives’ through demonstration even earlier, from the 1920s, as part of the ‘gospel of the plow’. This technology focus persisted but after Independence, but in the 1980s the Farming Systems Research Unit was established in the Department of Research and Specialist Services of the Ministry of Agriculture, which led on adaptive and later participatory research.

Indeed our research team grew out of this unit and has maintained its philosophy even after it was abolished in the restructuring of the 1990s, the result of the collapse in state funding to research resulting from the structural adjustment programme. Since then government agricultural research in Zimbabwe reverted to a more technical focus, but with limited funding has been seriously hampered and it has been the NGOs and the donors that have led, with a cycle of fads and new project efforts that have emerged.

From Alvord onwards, Zimbabwe has frequently succumbed to fads in agricultural production, with promises of silver bullet solutions, and with committed, sometimes highly politicised, evangelists showing the way. The story of Pfumvudza is therefore one part of a longer history. However, just as with previous interventions, understanding how such technologies and practices fit within a wider agricultural and livelihood system is essential.

As the results from this past year show – discussed in this blog series and indeed reflected in much longer-term studies – Pfumvudza and conservation agriculture more generally may be one part of the solution, but only one part. Rather than getting carried away with the hype of a singular solution, a more systems perspective that appreciates the complex performance of farming is urgently needed.