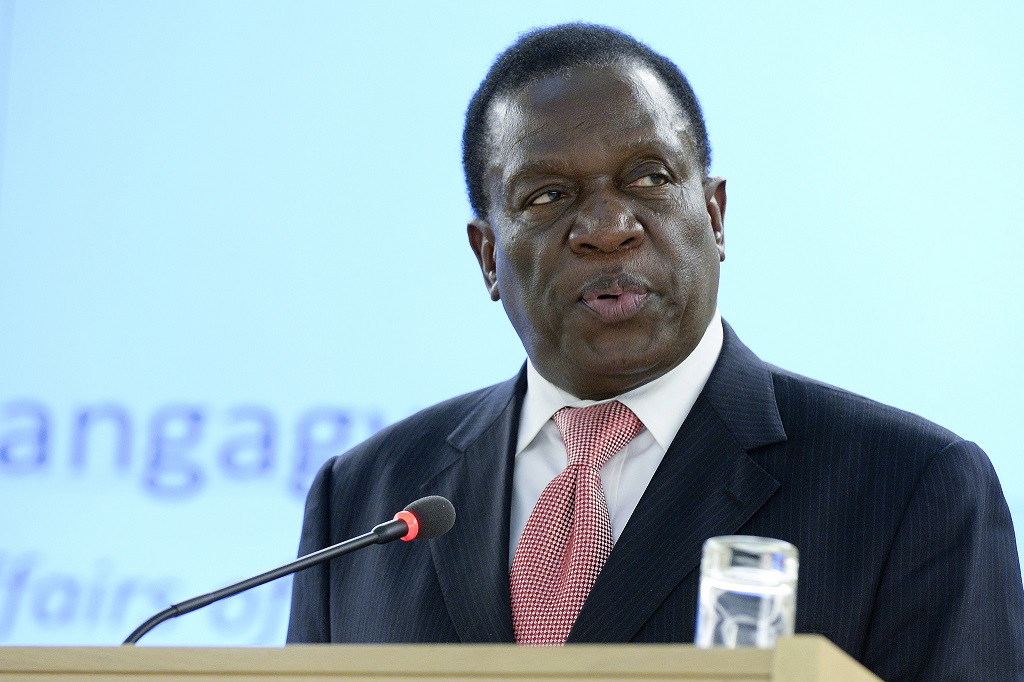 As Emmerson Mnangagwa heads for the snowy slopes of Davos, Switzerland to rub shoulders with the global capitalist and political elite at the World Economic Forum, he must not forget the more radical ambitions of his background.

His recent discussion over lunch with Financial Times journalist, Alec Russell, was revealing. Zimbabwe desperately needs finance, and support from western nations, as well as China, Brazil, India and others who stuck with the country in the last years. The Investment Policy Statement and Action Plan released last week makes all the right noises. The charm offensive with the British is in full flow, and the FT interview was part of creating the right mood music.

But there are red lines it seems; and one is land reform, despite the long period of sanctions imposed from 2000 and the antagonism of many western powers to this redistributive move. Mnangagwa’s enthusiasm for getting agriculture, as the core sector in an agrarian economy, moving is clear too – although all seen through the lens of his ‘command agriculture’ experiences. The full transcript of the FT interview is available too – and it offers a glimpse of an unusually relaxed, engaging Mnangagwa.

A reminder that a commitment to a radical transformation of agrarian relations is crucial for Zimbabwe, and that the land reform was only one step, was offered in the first annual Sam Moyo memorial lecture last week. Hosted by the Sam Moyo African Institute of Agrarian Studies, the lecture was delivered by Prabhat Patnaik from JNU, India and introduced by Issa Shivji from Tanzania. The video is available here. It offers a powerful call not to forget ‘peasants’ and poor smallholder farmers in agrarian transitions in the context of globalisation.

Sam Moyo tragically died in a car accident in India in late 2015, but his work and committed yet practical radicalism lives on amongst many young scholars, and in the vibrant agrarian studies summer school held each January in Harare. Mnangagwa and his people should go along next year to learn more about experiences of agrarian transformation globally.

At Davos, the allure of much-needed capital will be strong for Mnangagwa and his ministers. The WEF represents a gathering of the high priests of neoliberal capitalism, all eager for investments and returns. Zimbabwe may soon be seen as a promising investment destination, and needs to prepare for this. Such investments need to be for Zimbabwe’s development, not just servicing global capital. A strong state leadership will be essential, as deals are negotiated.

Some 70 heads of state are expected to attend the Swiss meeting. Mnangagwa may get a chance to meet the British Prime Minister, Theresa May, and many others. As revealed by his FT interview, with his predecessor, he definitely approves of female British leaders, including the Queen, so prospects of rejoining the Commonwealth are raised, for whatever benefits that might bring.

Mnangagwa may also bump into some other leaders too. There will also be a scattering of the leading authoritarian populists there, including Trump and Modi, who will be offering perspectives on new nationalist and populist versions of global capitalist relations from the US and India.

But a return to a neoliberal framework for the Zimbabwean economy would be a disaster, as would an attempt to veer towards an isolationist, nationalist populism. We all know how the supplication to the conditionalities of the international finance institutions, through structural adjustment, destroyed state capacity and undermined a diversified economy from the early 1990s. Many of the problems of today derive from this period. This was exacerbated of course by Mugabe’s populism: an economically naïve ‘Zimbabwe first’ position just does not work in a connected world.

Can Mnangagwa steer a different course? Committed to redistribution, economic justice and inclusive development, while encouraging investment from different sources – both east and west – but regulated on Zimbabwe’s terms? It may mean doing less well on the World Bank’s now discredited, ideologically-motivated ‘doing business’ rankings exposed this week, but it may be better for Zimbabwe. He has little room for manoeuvre, and having announced ‘free and fair’, internationally-observed elections for May or June, also not much time to turn things round – but this must be on Zimbabwe’s terms.

Next week the blog will offer the last of the short series for The Conversation on challenges for land and agriculture in Zimbabwe. The first two on compensation and on land administration are already out. The final one on priorities for agricultural development will be out soon on The Conversation’s platform.

The lead photo is from the Human Rights Council 25th session, 2014, under CC license.