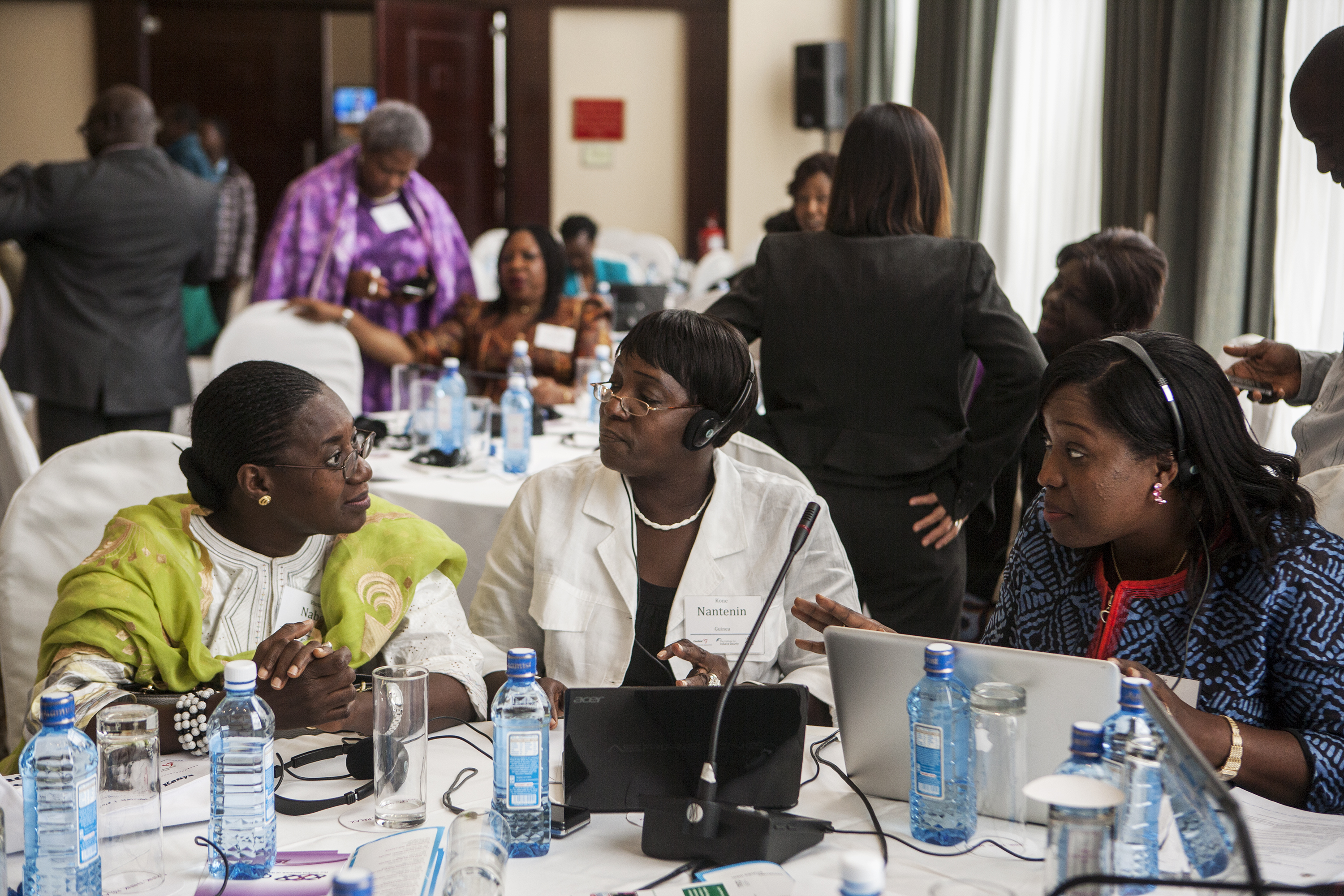 I recently attended a fascinating conference aimed at strengthening the use of evidence in policymaking. Dubbed ‘Evidence to Action 2018’, the conference was organised by the International Centre for Evaluation and Development (ICED) between 26 and 27 July 2018 at the United States International University in Nairobi, Kenya. It was attended by 385 policy actors, including policymakers, academics, researchers and development practitioners.

The theme of this conference, ‘Bridging the Gap: Strengthening the Connections between Research, Evaluation and Evidence-based Policies and Practices in sub-Saharan Africa’, is very relevant to what Agricultural Policy Research in Africa (APRA) is doing. APRA is about producing evidence to inform policies and investments in commercial agriculture to make them more effective and inclusive. In particular, APRA takes a political economy angle to provide a better understanding of political and economic power and interests behind the development of agricultural commercialisation policy processes.

The theme of the conference is pertinent to the development of policies and practices based on evidence, rather than being purely vote-seeking or headline-oriented. Research itself is in abundance, but the question then becomes: is the information gathered actually being used improve people’s lives in sub-Saharan Africa?

The research process is one of ‘learning from experience’, in which data is first gathered and then analysed in the production of practical knowledge, which evidence can then be used to inform action going forward – which is to say, policy. However, at a more fine-grained level, this is a political economy analysis process, which requires the promotion of dialogue to find better ways of using research, evaluation and evidence for policy-making and action.

There is growing interest in evidence-based policy and practice, especially with respect to achieving the Sustainable Development Goals (SDGs), African Union (AU) Agenda 2063 and individual African countries’ Medium-Term Plans (MTPs) . But in order to sustain this momentum efforts must continue to be made to foster communicative channels between researchers and policymakers.

Barriers to data-driven policy
‘Politics versus evidence’ is at play in any policymaking process — where politics is influenced by party interests and the beliefs/values held by politicians. This means that a politician’s leverage, which is to say their capacity to implement those values/beliefs, is often in conflict with the data at hand. The primacy of political positioning means that research can then be relegated to a secondary level; as a result, policy is decided without referral to existing research.

There can be uncertainty surrounding research outcomes, because researchers often disagree on evidence. Evidence comes from different sources: academia, research and public offices of statistics. Such sources can be characterised by a silo mentality, which raises the issue of the credibility of their data; policymakers may then be reluctant to make decisions on areas of contested research. This calls for reliable academic databases and peer-reviewed work that are hosted in credible institutions to inform decision making.

Policymakers usually want quick responses to issues, while researchers are, by virtue of training in the scientific method, generally reluctant to make hasty predictions or large-scale plans based on what they might not perceive to be ‘the whole picture’. Although impact evaluation is important, one can also evaluate immediate outcomes. Therefore, a staggered approach is desirable for sharing progress with development partners and policymakers. This requires effective research and evaluation systems that provide early warning signs on performance, and in real time in order to inform (relatively) rapid decision making.

Globally, there has been a rapid rise in the synthesis of evidence and global policymaking in the health and education sectors. The World Health Organisation (WHO) produces global health guidelines and reviews on appropriate use of evidence to inform policies or clinical interventions . There are also efforts at global education reviews by several organisations. A Newsweek article titled ‘Global Education 2017’, for instance, concludes that countries have to invest in the quality of workers through the holistic education of students. The challenge is getting evidence into practice. Some success in this sphere has been witnessed through ‘knowledge brokers’; the Norwegian Knowledge Centre for Education, for example, facilitates the collaboration of policy actors in the Norwegian education sectors.

Researchers are also not informed about ongoing policy debates. Researchers should know and engage policymakers and politicians, rather than simply preaching to the choir (viz. academia and the research community). This can be done through enhanced interaction between researchers and policymakers. For instance, members of the Parliamentary Caucus can become influential champions in the use of research evidence . Ultimately, there is a need to build the capacity of each parliamentary committee to synthesise research and provide evidence.

Several examples of successful research and evidence influencing policy were given at the conference. A few key examples include:

• Research on investing in people in terms of education and health, which receives a lot of political support (and from donors and NGOs). Here, evidence is drawn from the success of Asian Tigers in investing in human capital. The results are conclusive and communicated in simpler language. This resonates well with development thinking.
• The positive relationship between infrastructure (for example roads, electricity) and economic development. This is powerful evidence, in the sense that infrastructural development supports economic growth, which leads to better living standards for citizens — and this is visible to the public.
• Generalised verses targeted subsidies in agriculture: available evidence on targeted fertiliser subsidy programmes in sub-Saharan Africa suggests that they have been effective in raising fertiliser use, average yields and agricultural production.
• Climate change and food security in Africa: evidence of climate change on agriculture and food security has led to resource allocation by development partners, towards the development of policies and practices on climate-smart agriculture in Africa.

• Researchers need to get to know politicians and policymakers. So far, such interactions have been limited.
• Evidence must be made accessible through media and other communicative channels with direct access to politicians and policymakers.
• Links must be established through networks and partnerships, both formally and informally, with policy actors.
• Clear and effective communication is paramount. Clarity in policy communication is very important. It should be structured, concise and straight to the point —and point to actions for practically filling knowledge gaps.

There is a clamour for evidence-based policy making in setting the agenda for action. This process requires effective communication for the dissemination of research evidence for Africa’s economic transformation.  Agriculture, and commercialised agriculture in particular, has been identified as a sector that could draw enormous benefit from this kind of policy decision-making approach.